Massachusetts Gov. Charlie Baker has yet to announce whether he will seek re-election for a third term

Massachusetts Gov. Charlie Baker is in no rush to announce his plans for a third term.

"For him, it makes no sense to commit early," Jenkins said. "His popularity ratings are quite high."

Jenkins says the two-term incumbent would enter the race as the clear front-runner.

"So that's why the big names in the Democratic Party haven't committed yet," Jenkins said. 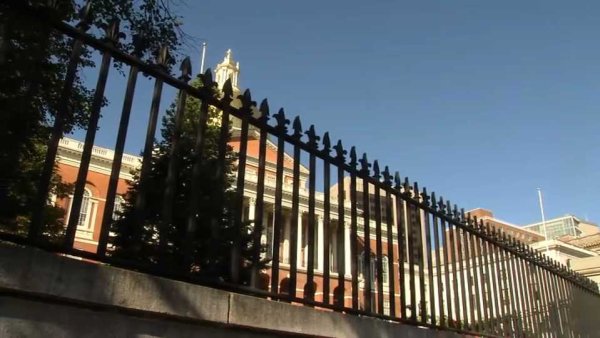 Massachusetts Lawmakers Give Final OK to $48.1B State Budget

"She's already got the support of organizations who will get in if she gets in," Dolan said.

"Geoff Diehl probably can't beat him," Dolan said. "But he can raise a lot of issues that are uncomfortable for Gov. Baker."

Those issues include the COVID-19 disaster at the Holyoke Soldiers' Home and the state police overtime scandal.

Dolan says Baker would "have the toughest campaign he's had yet."

Still, Republican consultant Rob Gray expects Healey will stay out of the race if Baker is in.

"Unless she's ready for a dog fight. I mean, there's nothing in Charlie Baker's numbers that indicate that they're soft at all," Gray said. "The downside for Maura Healey is that if she runs for governor and loses, it probably ends her political future."

"It wouldn't surprise me if one of the three tried to make a deal with Maura Healey to be her running mate and run as a ticket," Gray said.

As for a matchup against Diehl?

"I think he is secretly hoping Baker won't run and that his primary opponent will actually be Karyn Polito, the lieutenant governor,"

And what if both Baker and Healey decide not to run? Most agree, the race would then become a free-for-all with many more candidates jumping in.