Will Biden Run for Reelection? An Early Look at the 2024 Presidential Race

President Joe Biden will be 82 in 2024 and currently has low approval ratings, but he reportedly intends to run for reelection; if he does not, multiple Democrats could be involved in the race for the White House

She responded with a question: "Who wants to be a lame duck?"

Arnesen knows many are focused on Biden's age — he'll be 82 in 2024 — and his low approval numbers. But she says people should pay more attention to his team.

"Biden gets it. This isn't his job. It's the collective job of the personnel he brings to the table," she said.

Biden would have Molly Brandt's vote.

"I feel strong about his values carrying our nation forward," she said.

Dave Gray thinks the country may need a change.

"I think he's running the country into the ground," he said. "I mean, look at gas prices, and you know, it's just a lot of things." 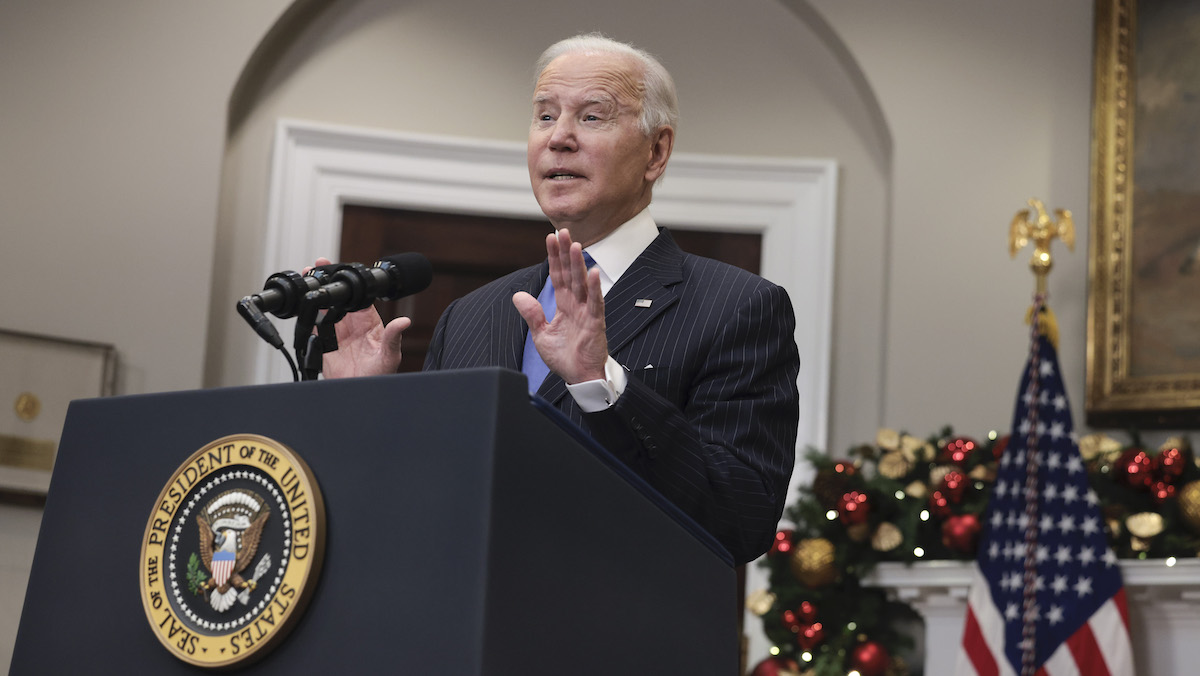 Political analyst Scott Spradling says it's too early to know if Biden will actually run. But if he decides not to, there's plenty of speculation about which Democrat will.

"We're seeing stories coming from outside of the beltway that the teams for the vice president and the teams around the president aren't necessarily getting along," he said.

"What I do know is that we need something that can restore the democracy, that people can have faith in," she said.

Spradling says 2020 candidates like Pete Buttigieg and Amy Klobuchar may well jump in. Many are watching to see what former President Donald Trump decides and how it might affect Biden's decision.

"The magic sauce for Joe Biden is getting his agenda moving forward," Spradling said.