AG Barr, Who Defied Trump on Election Fraud, to Leave Office Next Week

Attorney General William Barr, one of President Donald Trump’s staunchest allies, is departing amid lingering tension over the president’s baseless claims of election fraud and the investigation into President-elect Joe Biden’s son.

Barr went Monday to the White House, where Trump said the attorney general submitted his letter of resignation. “As per letter, Bill will be leaving just before Christmas to spend the holidays with his family,” Trump tweeted.

Trump has publicly expressed his anger about Barr’s statement to The Associated Press earlier this month that the Justice Department had found no widespread fraud that would change the outcome of the election. Trump has also been angry that the Justice Department did not publicly announce it was investigating Hunter Biden ahead of the election, despite department policy against such a pronouncement.

Barr told the AP that U.S. attorneys and FBI agents have been working to follow up specific complaints and information they’ve received, but “to date, we have not seen fraud on a scale that could have effected a different outcome in the election.”

Barr's resignation leaves Trump without a critical ally as he winds down his final weeks in office, and it throws into question open Justice Department investigations, especially the probe into Hunter Biden's taxes.

In his resignation letter, Barr said he updated Trump Monday on the department's “review of voter fraud allegations in the 2020 election and how these allegations will continue to be pursued." He added that his last day on the job would be Dec. 23.

Trump said Deputy Attorney General Jeff Rosen, whom he labeled “an outstanding person,” will become acting attorney general. As the current second in command at the Justice Department, Rosen’s appointment is not likely to change much in the final weeks before the administration departs.

Trump spent much of the day watching the Electoral College tally and calling allies but broke away to meet with Barr. His tweet about the Attorney General's exit was a sober message from a president who is notoriously cold to his departing staff and quick to name-call and deride them once they say they are leaving.

Attorney General William Barr was in Chicago on Wednesday to lay out the scope of “Operation Legend”, which was deployed by the Department of Justice in an effort to help curb an uptick in violent crime across the country.

Trump has also has previously claimed he fired staffers who resigned to make himself appear more powerful, and others, like former attorney general Jeff Sessions, were mocked by the president for weeks before they left office.

But despite Trump’s obvious disdain for those who publicly disagree with him, Barr had generally remained in the president’s good graces and has been one of the president’s most ardent allies. Before the election, he had repeatedly raised the notion that mail-in voting could be especially vulnerable to fraud during the coronavirus pandemic as Americans feared going to polls.

But Trump has a low tolerance for criticism, especially public criticism, from his allies and often fires back in kind. The two had been at odds in the past few months and Barr was said to have been frustrated by Trump's tweeting.

Trump said on Fox News over the weekend that he was disappointed that the Hunter Biden investigation had not been disclosed. Hunter Biden himself announced it last week.

“Bill Barr should have stepped up,” Trump said. 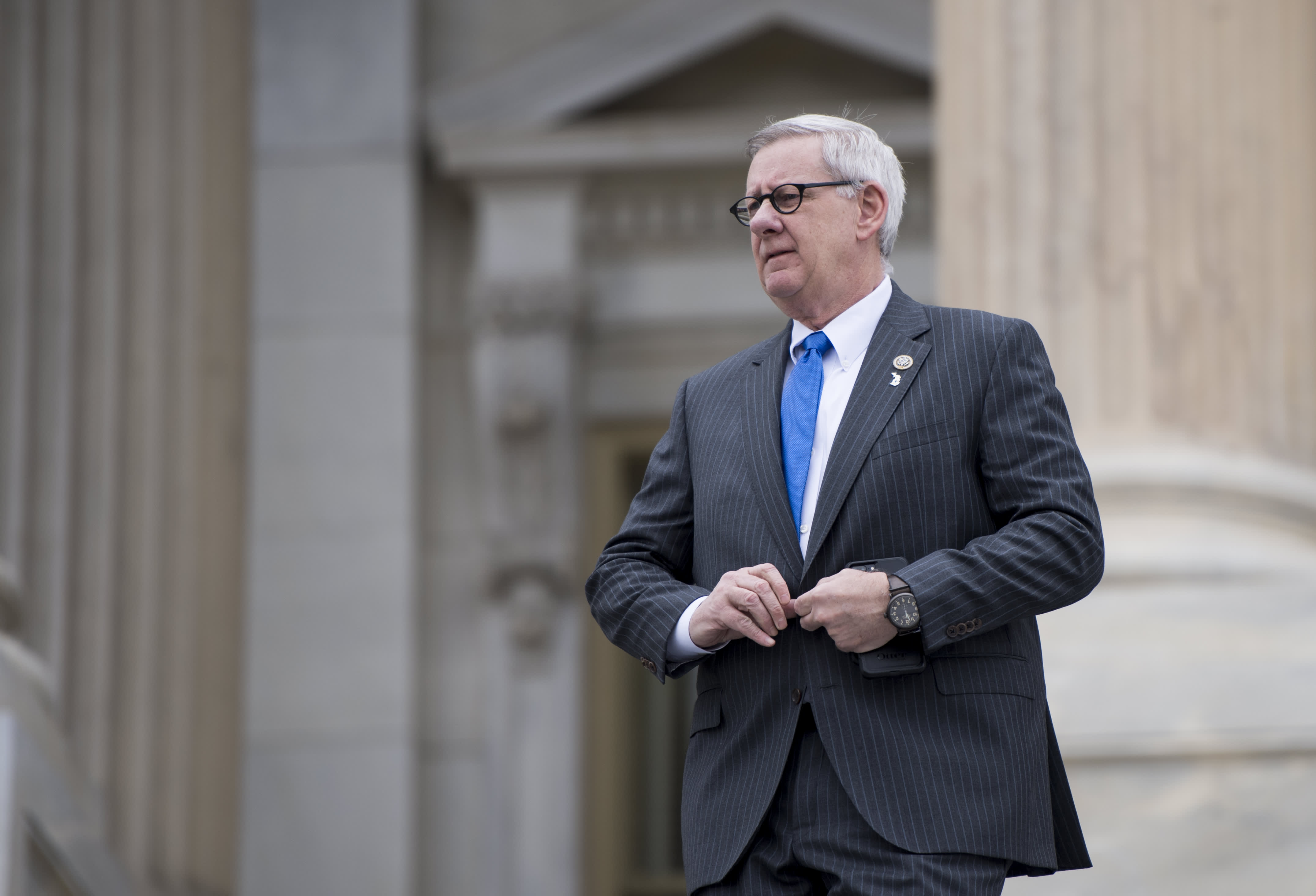 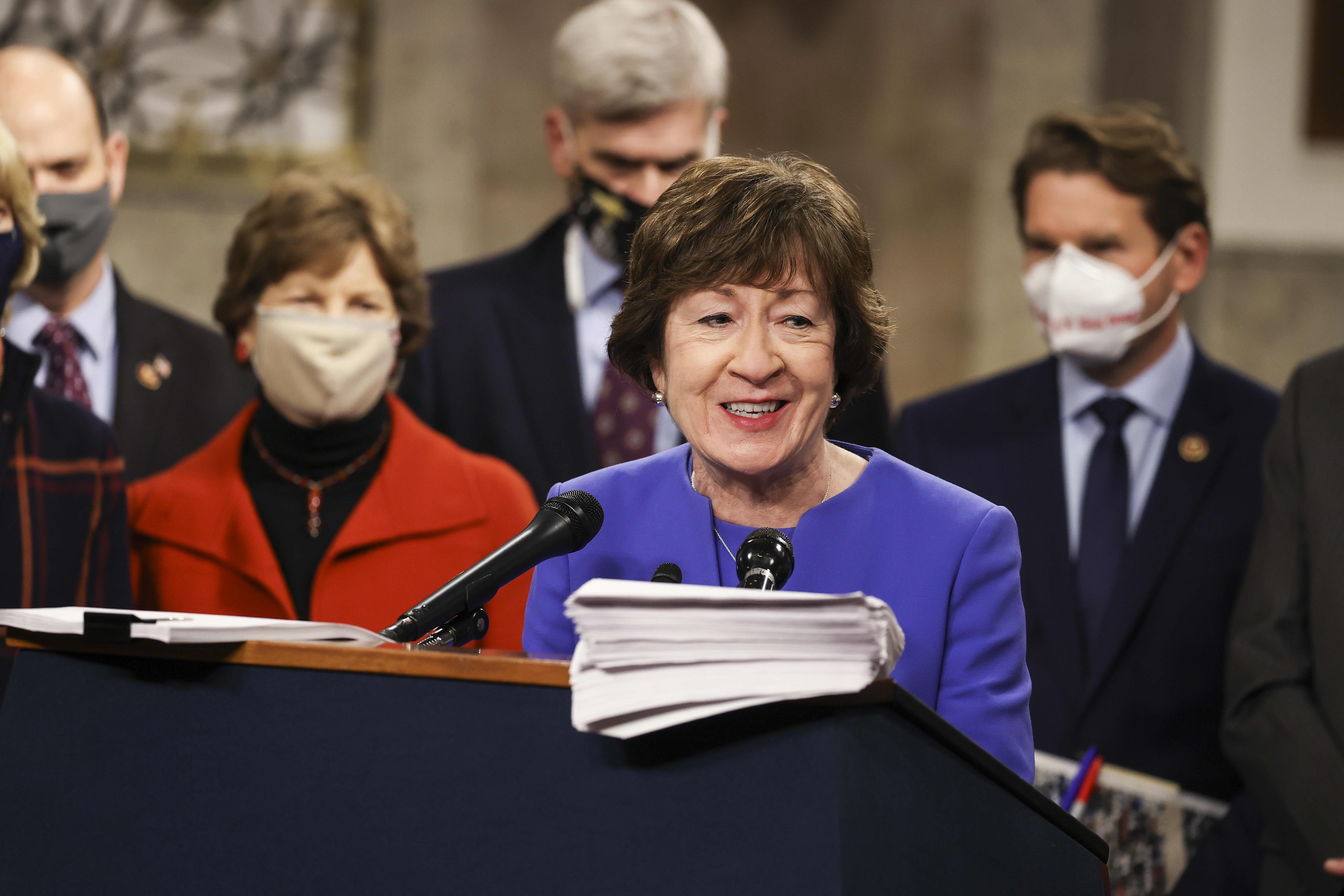 One senior administration official not authorized to speak publicly and speaking to The AP on condition of anonymity said Barr had resigned of his own accord and described the meeting as amicable.

Barr, who was serving in his second stint as attorney general, sought to paint himself as an independent leader who would not bow to political pressure. But Democrats have repeatedly accused Barr of acting more like the president’s personal attorney than the attorney general, and Barr had proved to be a largely reliable Trump ally and defender of presidential power.

Sen. Lindsey Graham, the Republican leader of the judiciary committee, told reporters at the Capitol he was surprised by the news.

“I think he did an incredibly good job trying to repair damage done to the Department of Justice, trying to be fair and faithful to the law. I think he’s got a lot to be proud of," Graham said. “He fought for the president where he could, as every attorney general and administration should, but he also didn’t cross lines that he shouldn’t have crossed." He said he was referring to disclosing the Biden investigation.

One day after reports surfaced that the Trump administration declined Pfizer’s offer to provide additional coronavirus vaccines to the U.S. ahead of other countries, President Donald Trump signed an executive order to prioritize getting more vaccines to Americans.

Graham also praised Rosen as a “good man” who he said would “be an ethical leader and a steady hand” at the Justice Department.

Democrats who had long criticized Barr did not lament his departure. “Good riddance,” tweeted House intelligence committee chairman Adam Schiff, D-Calif., who said the attorney general had “lied to cover for Trump, launched political investigations, subverted justice and the rule of law and violently cracked down on protestors.”

House Judiciary Committee Chairman Jerrold Nadler, D-N.Y., who led an investigation of politicization of the department, said that “whomever Joe Biden chooses as the new Attorney General will have a tremendous amount of work to do to repair the integrity of the Department of Justice.”

Before releasing special counsel Robert Mueller’s full report on the Russia investigation last year, Barr framed the results in a manner favorable to Trump even though Mueller pointedly said he couldn’t exonerate the president of obstruction of justice.

As COVID deaths and hospitalizations rise in the United States, President Donald Trump's focus remains locked on election grievances, which he aired in a 46-minute video recorded by the White House. Meanwhile, a bipartisan Senate measure is beginning to gain steam on Capitol Hill on a COVID financial relief bill. President-elect Joe Biden is urging Congress to reach a deal before he takes office.

He also appointed as special counsel the U.S. attorney who is conducting a criminal investigation into the origins of the FBI’s probe of the 2016 election that morphed into Mueller’s investigation of possible Trump-Russia cooperation, following Trump’s repeated calls to “investigate the investigators.”

Barr also ordered Justice Department prosecutors to review the handling of the federal investigation into Trump’s former national security adviser Michael Flynn and then sought to dismiss the criminal charges against Flynn, who had twice pleaded guilty to lying to the FBI. Trump later pardoned Flynn.

Barr’s break from Trump over election fraud wasn’t the first. Earlier this year, Barr told ABC News that the president’s tweets about Justice Department cases “make it impossible for me to do my job,” and tensions flared just a few months ago when the two were increasingly at odds over the pace of the Durham investigation.

Trump had been increasingly critical about a lack of arrests and Barr was privately telling people he was frustrated by Trump’s public pronouncements about the case.

Trump was also said to blame Barr for comments from FBI Director Chris Wray on election fraud and mail-in voting that didn’t jibe with the president’s alarmist rhetoric.