The 36-year-old Ligety’s retirement plans include spending more time with his wife, Mia, and kids at home in Park City, Utah

Ted Ligety’s young son recently brought home a medal he earned at ski school and wondered if dad had any of his own.

The two-time Olympic champion rummaged around to locate his medals. They then proudly paraded around the house with them.

More golden moments like that with the family is reason No. 1 why Ligety plans to retire from the World Cup circuit, effective after the world championships currently underway in Cortina d’Ampezzo, Italy. Ligety’s final race will be the giant slalom on Feb. 19.

“I feel really lucky to have done what I’ve done and be in a place in my life and my career where I’m able to walk away on a happy note,” Ligety said in an interview with The Associated Press. “I’m just excited for that next step. It’s going to be scary and different and all those things, but it’s definitely exciting.”

Known for his smooth, technical racing, Ligety captured a surprise gold medal in the combined at the 2006 Turin Olympics and then another gold medal eight years later in the giant slalom at the Sochi Games as the favorite.

Following a meeting of the International Olympic Committee’s executive board, president Thomas Bach says the Tokyo Olympics will proceed with strict COVID measures.

The 36-year-old Ligety’s retirement plans include spending more time with his wife, Mia, and kids at home in Park City, Utah. He has a nearly 4-year-old son, Jax, who’s already showing his talent in ski school, along with twin boys, Alec and Will, who are 7 months old.

Ligety’s desire to dart off to Europe to race and train has dwindled next to the prospects of being home for the milestones of his kids.

“It’s been a really cool career,” Ligety said. “I’m psyched at what I’ve done and also the relationships along the way and the friends I’ve made. I’m just happy to be where I am and to have done what I’ve done.”

He made his World Cup debut on Nov. 22, 2003, during a giant slalom race in Park City. He didn’t qualify for a second run that day in an event won by Bode Miller.

His last World Cup race was Jan. 9 during a giant slalom event in Adelboden, Switzerland. He didn’t qualify for a second run.

That particular race, though, was an eye-opener for Ligety. Already on the fence about retiring, he watched teammate Tommy Ford crash and get airlifted to the hospital with what turned out to be head, neck, knee and hand injuries. The scary scene put things into perspective.

“In a flash of a second, you can be in total control and the next thing you know you’re tumbling,” Ligety said. “I understand those risks and I’m ready to put those risks aside.”

There was some thought to possibly hanging on long enough to try and make his fifth straight Olympic team next year in Beijing. But he doesn’t want to go just to go.

“I’m definitely farther away from being able to win than I would like to be,” Ligety said. “I don’t want to do races as a tourist.”

Ligety’s earned his way onto a World Cup podium 52 times — spanning all disciplines. That all-around versatility has long been a point of pride for Ligety, who started skiing at 2 and racing by 11.

He’s endured quite a few setbacks, too. He has returned from frayed cartilage in his hip, a torn ACL, metal screws that needed to be inserted into his wrist and surgery to fix herniated disks in his back, to name a few.

But know this about his farewell GS race at the worlds: It won’t be a ceremonial run. He’s going full speed in an attempt to earn his first podium spot in more than three years. His last win was in October 2015. 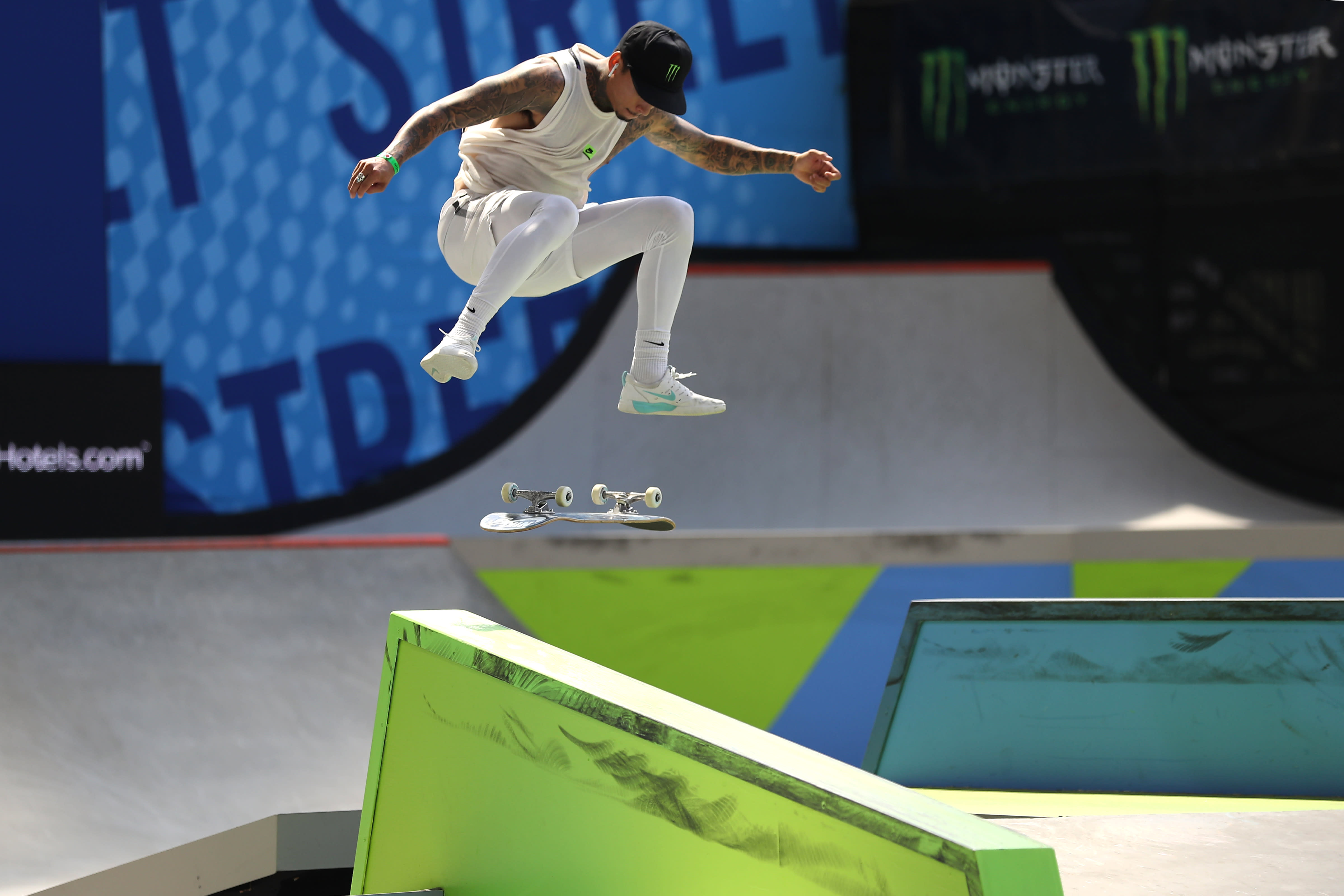 Don’t be surprised to see him among the front-runners.

Remember: Lindsey Vonn, the all-time winningest female World Cup ski racer, closed out her injury-riddled career with a third-place showing in the downhill at the 2019 world championships.

“A podium is definitely a far shot, but I still believe there is a chance — maybe as delusional as that might sound,” cracked Ligety, who counts among his many highlights winning three times at the 2013 world championships in Schladming, Austria. “But I feel like if I get a couple of things in line then I could have another great race.”

In addition to family time, Ligety will stay busy in retirement by running his ski-gear company called Shred. He launched the company after the 2006 Olympics and many competitors on the tour wear his innovative ski goggles, helmets, sunglasses, gloves and outerwear.

Ligety still may drop into a competition every once in a while on the World Pro Ski Tour, a unique circuit featuring a format of side-by-side racing at venues closer to home. He also plans to ski quite a bit at Park City’s Deer Valley Resort.

“I will still be that person out there skiing every day — getting out there on powder days, hitting the groomers with my kids,” Ligety said. “They just will be a slightly different intensity level.”