Tom Brady, who was just named the NFC’s Offensive Player of the Month, is no longer available to cover up every single shortcoming on New England’s roster

“The Patriots, let’s face it, they’re not good anymore.”

New England, at 2-4 in 2020, hasn’t faced a crossroads like Sunday’s contest in Buffalo since the game immediately following Dilfer’s remarks, when the team was “on to Cincinnati.” Those Patriots blew the doors off the Bengals, stomping them 43-17 and going on to win 25 of their next 27 games, including Super Bowl XLIX over the Seahawks.

These Patriots? They’re 6-9 over the last calendar year. In fact, Tuesday marked exactly one year since the team beat the Browns to improve to 8-0 in 2019.

Dont’a Hightower, Kyle Van Noy, Jamie Collins, Duron Harmon, Patrick Chung, Marcus Cannon, Phillip Dorsett and Danny Shelton have either signed elsewhere or opted out of the 2020 season amid the coronavirus crisis. Julian Edelman is going to miss Sunday’s game, and possibly more time, with a knee injury. Who knows what’s going on with Stephon Gilmore, who appeared on Thursday’s injury report with a knee injury of his own and was reportedly absent from Friday's practice -- days after his Foxboro home looks to have gone up for sale.

New England Patriots wide receiver Julian Edelman will reportedly miss at least one game because of a knee injury, yet another setback for the team.

Tom Brady, who was just named the NFC’s Offensive Player of the Month, is no longer available to cover up every single shortcoming on New England’s roster.

Lose to the Bills Sunday and the path for the Patriots is clear prior to Tuesday’s trade deadline: sell, sell, sell. But even if the team wins this week, and beats up on the hapless Jets the following week, they may merely be delaying the inevitable: this team is flawed beyond repair for 2020.

“I definitely won’t call us the team to beat this year,” said Devin McCourty, the lone Patriot who started in the Oct. 5, 2014, game against Cincinnati who projects to start Sunday as well.

“I will say right now we’d be crazy to think coming into the game that we’re the team to beat, like, they’re No. 1," he continued. "This is going to be a huge challenge for us on the road. You know, the top team. We’ve got to really bring our A-game coming off three straight losses. So I think for us, our backs are against the wall, we’ve got to go out there and play well.”

Forget about a full year ago, even a month feels like a different era with these Patriots. Through three games, the team was off to a 2-1 start and Cam Newton looked, at least in two of the games, rejuvenated under center. The team absolutely looked worthy of investing in, as in spending 2021 draft capital to give Newton a fighting chance on offense.

Like the rest of society in 2020, however, the good vibrations were short-lived, mostly due to an outbreak of COVID-19 on the team. New England is yet to recover and is now one loss away from being essentially eliminated from the postseason earlier than any year since 2000, Bill Belichick’s first year in Foxboro. The Patriots haven’t missed the postseason since 2008, when Matt Cassel nevertheless led them to an 11-5 record, nor finished with a losing record since a 5-11 mark pre-Brady in 2000.

The Patriots don’t pass the eye test, nor do they pass the written exam on paper. They’re an un-New England like 24th in offense, a ghastly 29th in points per game (ahead of only Washington and both New York football teams) and, most appalling of all, tied for second in the NFL with the Broncos in giveaways, with 14 through six games. Only the Cowboys have more.

Sans Edelman and likely N’Keal Harry (head injury) as well, the Patriots will be trotting out Damiere Byrd, Jakobi Meyers and Gunner Olszewski at receiver. It gets even uglier at tight end. The additions of Randy Moss circa 2007 and 2014-vintage Rob Gronkowski couldn’t save this group of pass catchers. 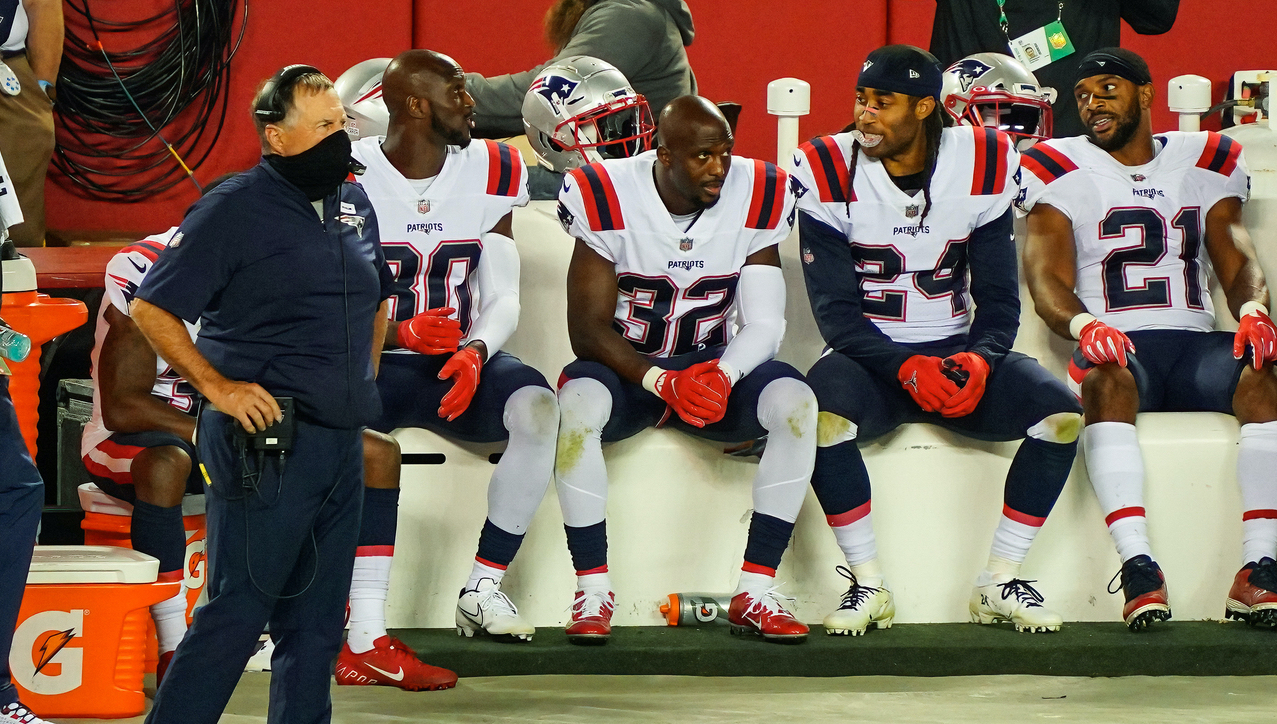 Patriots Listening on Trade Offers for ‘Almost Anyone': Reports 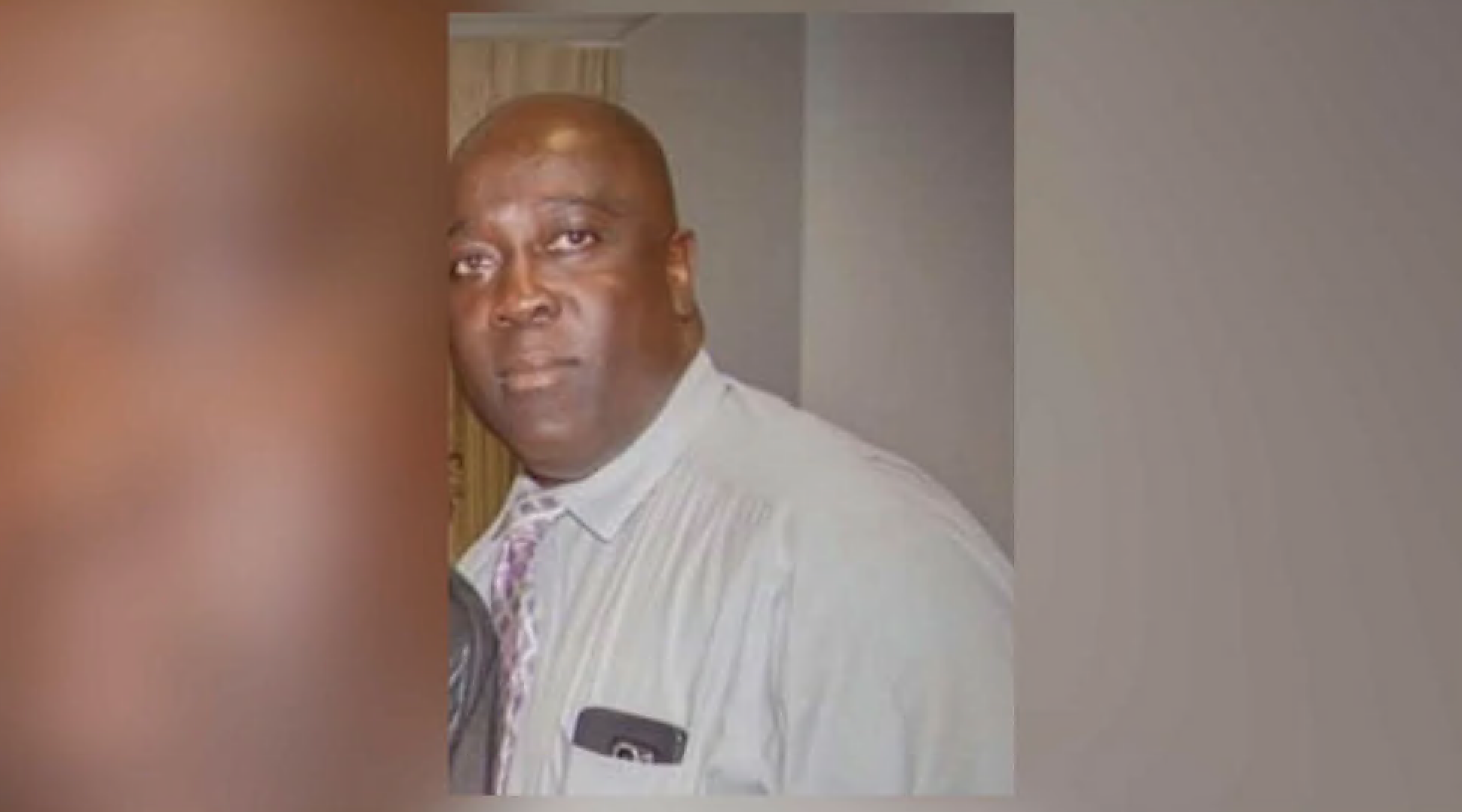 Arrest Made in Crash That Killed James White's Father in Fla.

Of course, don’t expect Belichick to come right out and say that the Patriots are looking to sell, even if it appears that the team is listening to offers on “almost anyone.” He declined to engage in the topic of talk radio fodder at his Friday morning media availability.

Gilmore, the 2019 NFL Defensive Player of the Year, could perhaps fetch a second-round draft pick in return. Joe Thuney, who’s playing this season under the franchise tag, could net around the same.

Beyond that, there really aren’t even many parts to sell off that would bring a worthwhile return. But New England needs to know what it has in a variety of young players, including Meyers and Olszewski, tight ends Devin Asiasi and Dalton Keene, offensive lineman Mike Onwenu, defensive backs Joejuan Williams and Kyle Dugger and linebackers Anfernee Jennings, Josh Uche and Chase Winovich.

The sooner it resolves those questions, the better. The longer it goes without figuring out who’s a help rather than a hindrance, the more it hurts the team’s ability to set itself up for 2021 and beyond. The Patriots are going to have needs in next April’s draft regardless; get some clarity now as to which positions – beyond quarterback – need to be prioritized.

Straddling the line between all-in and all-out is as dangerous a place to be in all sports, not just football. New England needs to pick a side and embrace it for 2020, and the answer has never been more clear, regardless of Sunday's outcome: we're on to 2021.