After Blow of Beijing, Olympians Ask: What About Africa?

The International Olympic Committee says it will reexamine Winter Games qualification rules and quotas, which African Olympians want used to carve more space for them

Victory, of sorts, for Eritrea's sole Winter Olympian — one of just six athletes competing for African countries at the Games in China — was achieved even before his feat of surviving two runs in blizzard conditions down a hazardous course aptly named The Ice River.

Before flying to China for his Olympic ski race in the mountains northwest of Beijing, Shannon-Ogbnai Abeda learned of a cross-country skier living in Germany who has been so inspired by Abeda's trailblazing that he's aiming to qualify for their East African nation at the next Winter Games in 2026.

“It was because of all the interviews that I did and, you know, me coming and doing this again,” Abeda, who also raced at the 2018 PyeongChang Olympics, said after his 39th-place finish in the giant slalom that only 46 of 87 starters completed in Sunday's snowstorm.

“He wants to now carry the torch,” Abeda said.

So just imagine: How many other enthused young wannabes could emerge from the African continent of 1.3 billion people, and from the African diaspora spread around the world, if they only had more than a handful of Olympic pioneers leading the way, showing that barriers of racial prejudice, inequality and geography are surmountable?

That question is more pertinent than ever at the Beijing Games, because African representation has shriveled since a record eight African nations, fielding twice as many athletes as in Beijing, competed in 2018. Eritrea, Ghana, Morocco, Madagascar and Nigeria are back; Kenya, South Africa and Togo are not.

Skiing — Alpine and cross-country — was the only sport Africans qualified for. There was just one African woman: Mialitiana Clerc, born in Madagascar and adopted by a French couple as a baby, is now a two-time Olympian. Having broken through in PyeongChang, she raced in Beijing to 41st place, out of 80 starters, in giant slalom and 43rd, out of 88, in slalom.

Elsewhere, at the skating rinks, snow parks and sliding track, there was no African representation at all. African sliders were thwarted by less inclusive qualifying rules, despite making history in PyeongChang. There, Nigeria fielded Africa's first-ever bobsled team; Simidele Adeagbo, also Nigerian, became the first African and Black woman in skeleton; and Ghana's Akwasi Frimpong blazed trails on the men's side. 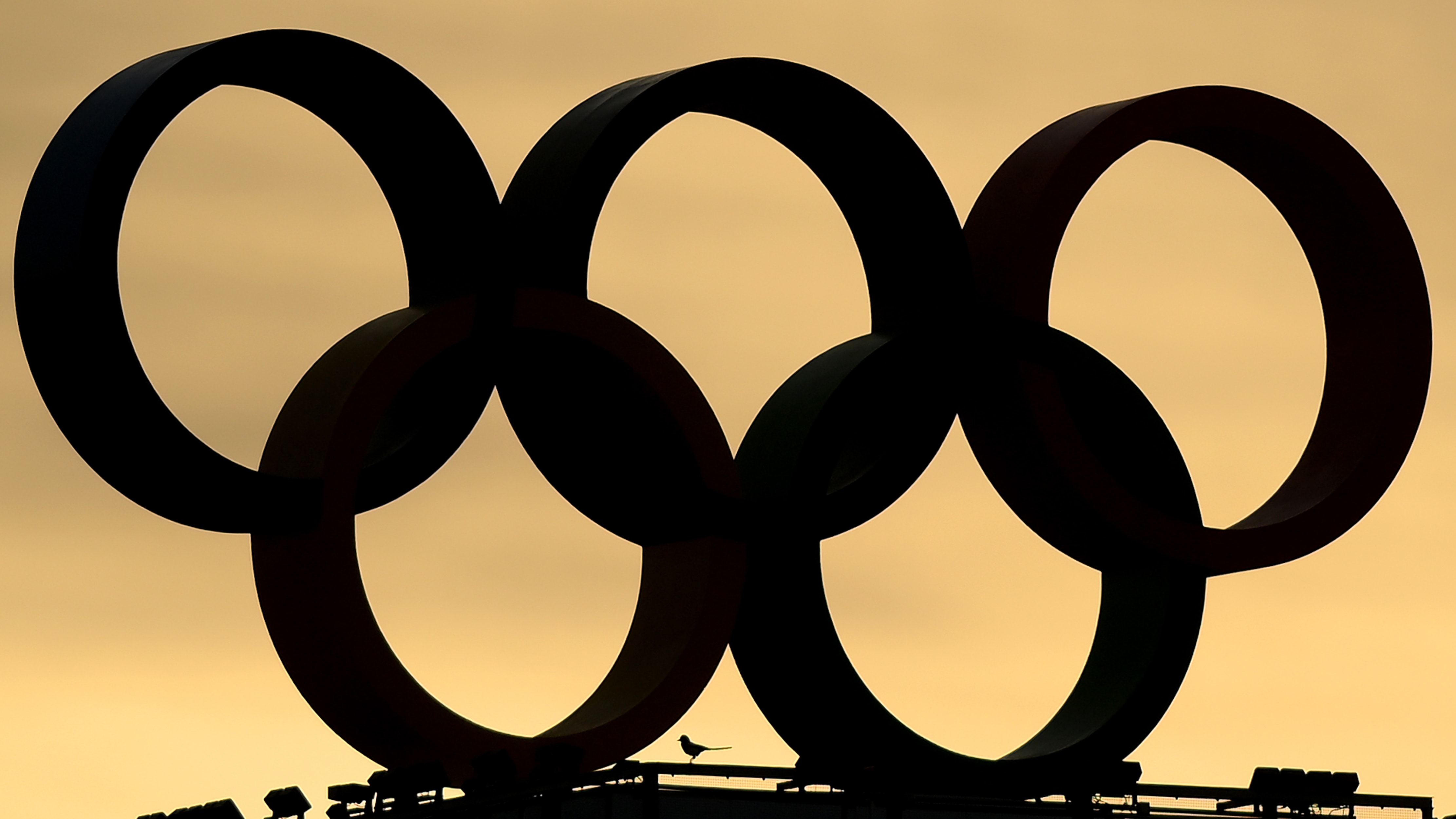 A Brief History of African Nations at the Olympic Winter Games 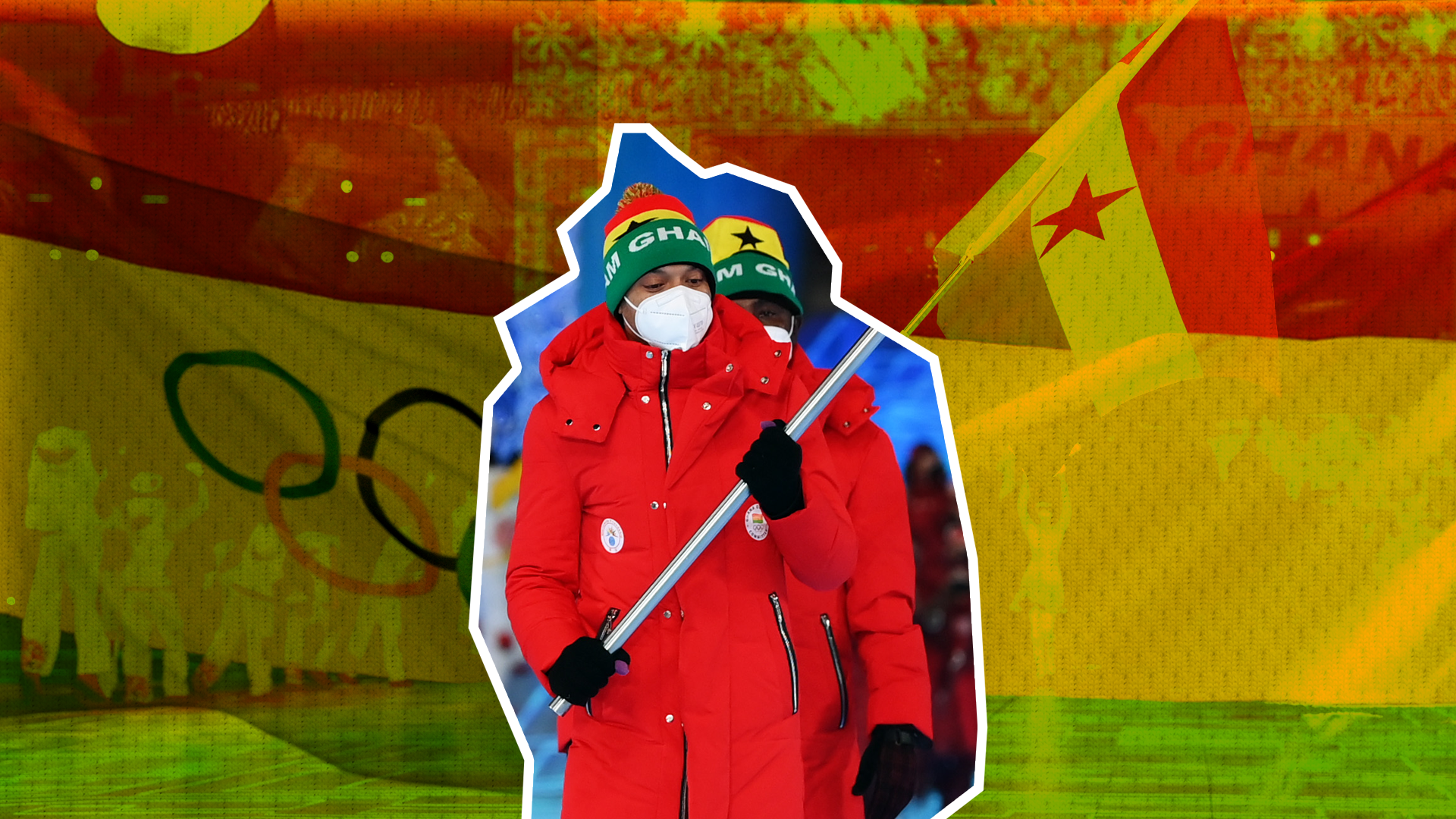 Party of 1: What It's Like To Be a Country's Only Athlete at the Olympics

Adeagbo, frustrated to have been left on the sidelines for Beijing, says the plunge in African representation requires an Olympic response. The movement's five rings are meant to symbolize the five inhabited continents. But in Beijing, Africa's presence feels barely bigger than a dot. Adeagbo notes that the Summer Olympics “see a rainbow of nations represented” and wonders why that's less the case in winter, given that "sport is supposed to be democratic for all.”

“Is this the European Olympics or is this an Olympics that reflects the world?" she asked in a video interview with The Associated Press. "So hopefully this will be a catalyzing moment to help everybody kind of regroup and think about a different way forward.”

“We’re talking about the Olympics; we shouldn’t have complete exclusion," Adeagbo said. "Given the resources and support, Africans are just as capable.”

Looking ahead to 2026, the International Olympic Committee says it will reexamine qualification rules and quotas, which African Olympians want used to carve more space for them. But there's no sign of IOC dismay about Africa's retreat in Beijing.

“There are five continents represented here," said James Macleod, head of an IOC sponsorship program that helped fund athletes on their Beijing journeys.

The IOC gave individual scholarships to 429 athletes. Europe, with 295 beneficiaries, got the lion's share. Africa, with 16, got the least. Five African recipients qualified for Beijing. The Americas (50), Asia (47), and Oceania (21) got the remainder. The IOC says its aim is Winter Games that are more competitive, rather than “artificially” more universal.

African recipients say the funding was vital for them. They argue that increased financing for African winter athletes would see more qualify. Abeda — born in Canada, where his parents resettled in the 1990s, fleeing war in Eritrea — said US$1,500 per month in IOC funding helped cover his living, training, coaching and equipment costs. He wants private businesses “to step up,” too.

“At PyeongChang, it was really great to see more Africans," he said. "At these Games, there’s very little. So I am disappointed.” 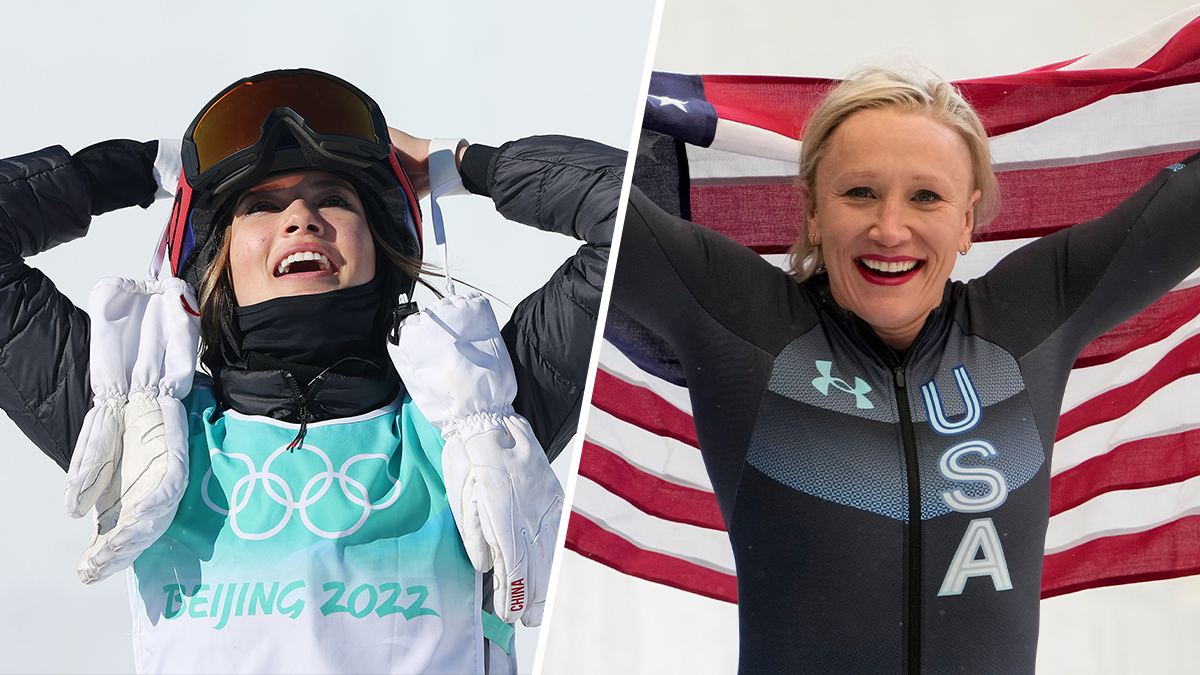 EXPLAINER: Competing for ‘Another' Country at Olympics Is Nothing New 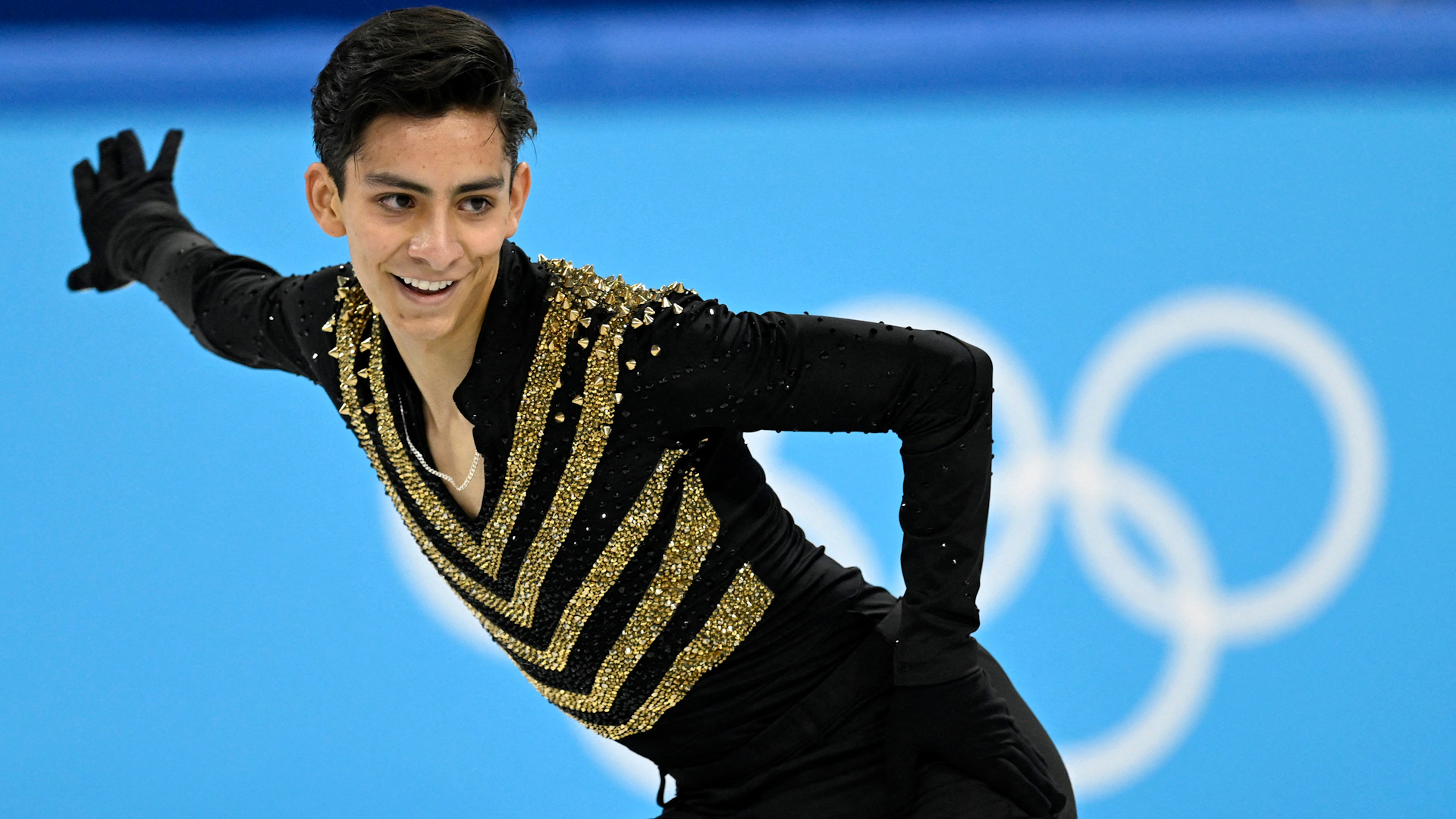 “I don’t think any sport should be just for the privileged and these are the things that we need to have real conversations about," she said. "Sport is not meant to be just for one group.”

The IOC says COVID-19 disruptions that played havoc with athlete preparations could partially explain Africa's slump. Frimpong’s hopes of qualifying again for Ghana in skeleton were dashed by coronavirus positives that forced him out of races ahead of Beijing. South Africa also likely would have sent athletes had it not been for the pandemic, says Cobus Rademeyer, head of social sciences at South Africa’s Sol Plaatje University, who has written on Africa's history at the Winter Games.

“The pandemic has definitely broken the momentum," Rademeyer said by email to The AP. He expects Africa to bounce back for 2026, writing: “Although some people see the participation of African athletes at the Winter Olympics as ‘glory-hunters,’ it has been an inspiration for many others.”

Skier Carlos Maeder, born in Ghana and adopted by Swiss parents, says he’s been amazed by a flood of messages from supportive Ghanaians. Also an IOC scholarship recipient, he raced in the snow-hit giant slalom but skied out in the first run.

At 43, he’d like to find other Ghanaians to follow in his footsteps and “will ski as long as it’s necessary to find some.”

“I hope that these games will be a door opener,” he said. “It’s not just about the African continent: We are spread around the world. So that makes it important that our continent is represented.”