EXPLAINER: How to Stage Winter Olympics in a Snow-Challenged City

The Winter Games are expected to use 49 million gallons of water, the equivalent of 74 Olympic swimming pools, to make snow

Dry Beijing barely gets any winter precipitation, making this year's Winter Games the first to rely almost entirely on artificial snow. Organizers are touting the event's green credentials, but experts do worry about the environmental impact of such a massive snowmaking operation given the huge amounts of water and electricity it takes.

At Yanqing north of Beijing, where organizers built the alpine ski venue from scratch, the slopes stand out as ribbons of white contrasting starkly against the surrounding brown hillsides. Snowmakers have also been deployed farther north in Zhangjiakou, which is hosting freestyle skiing, ski jumping and biathlon.

All of it is the product of months of snowmaking using sophisticated European equipment.

Here's a closer look at the Olympic snowmaking operation:

Natural snow is formed high up in the clouds when water vapor molecules cling to tiny particles like pollen or dust. In scientific lingo, these specks are dubbed nucleators. They create a snow nucleus that then attracts more water molecules to form snowflakes.

Snowmaking equipment tries to duplicate this process, artificially, by spraying atomized water into the air along with mechanically created nucleators -- tiny ice crystals — that act as seeds for the manufactured snowflakes. This process has been around for decades: simulated snow was first used at the 1980 Olympics in Lake Placid, New York.

TechnoAlpin won the bid to supply the Beijing games with snowmaking equipment, a contract worth $22 million.

The Italian company has blanketed the slopes with 272 snowmaking fan guns and another 82 stick “lances” to produce “technical snow” for the Winter Olympics skiing and snowboarding venues. They're all hooked up to a system of high pressure pumps and pipes that carry water chilled by cooling towers up the slopes.

TechnoAlpin's fan guns resemble small jet engines or oversized hair dryers, with nozzles spraying either atomized water or ice crystals mounted around the edge of a turbine. The guns, which can be aimed remotely using Bluetooth, blast the mixture dozens of meters into the air to cover broad downhill slopes.

From snowflakes to square dances, we break down the Chinese cultural meaning embedded in the program for the 24th Winter Games.

Snow lances, meanwhile, are up to 10 meters tall and don't have fans, instead using gravity to carry the snowmaking mixture to the ground, making it a bit more like natural snowfall.

Beijing and Zhanghiakou are both not far from the Gobi Desert and are “highly water stressed," China Water Risk, a Hong Kong-based consultancy, said in a 2019 report.

The International Olympic Committee even noted the issue in its own 2015 evaluation of Beijing’s bid, saying the two districts “have minimal annual snowfall” and that the Winter Games would have to rely completely on fake snow.

The “Beijing – Zhangjiakou area is becoming increasingly arid” because of climate change and other factors, the IOC said, adding that Beijing's bid “underestimated the amount of water" needed for snowmaking.

The Winter Games are expected to use 49 million gallons of water, the equivalent of 74 Olympic swimming pools, to make snow.

The IOC now says snowmaking in Beijing was developed “to high technical and environmental standards."

“The regions where the snow sport events will be held are constantly very cold," the IOC said in a statement. “This allows a very efficient snow production and does not require the constant reproduction of snow," like ski resorts elsewhere with fluctuating temperatures that cause snowmelt. 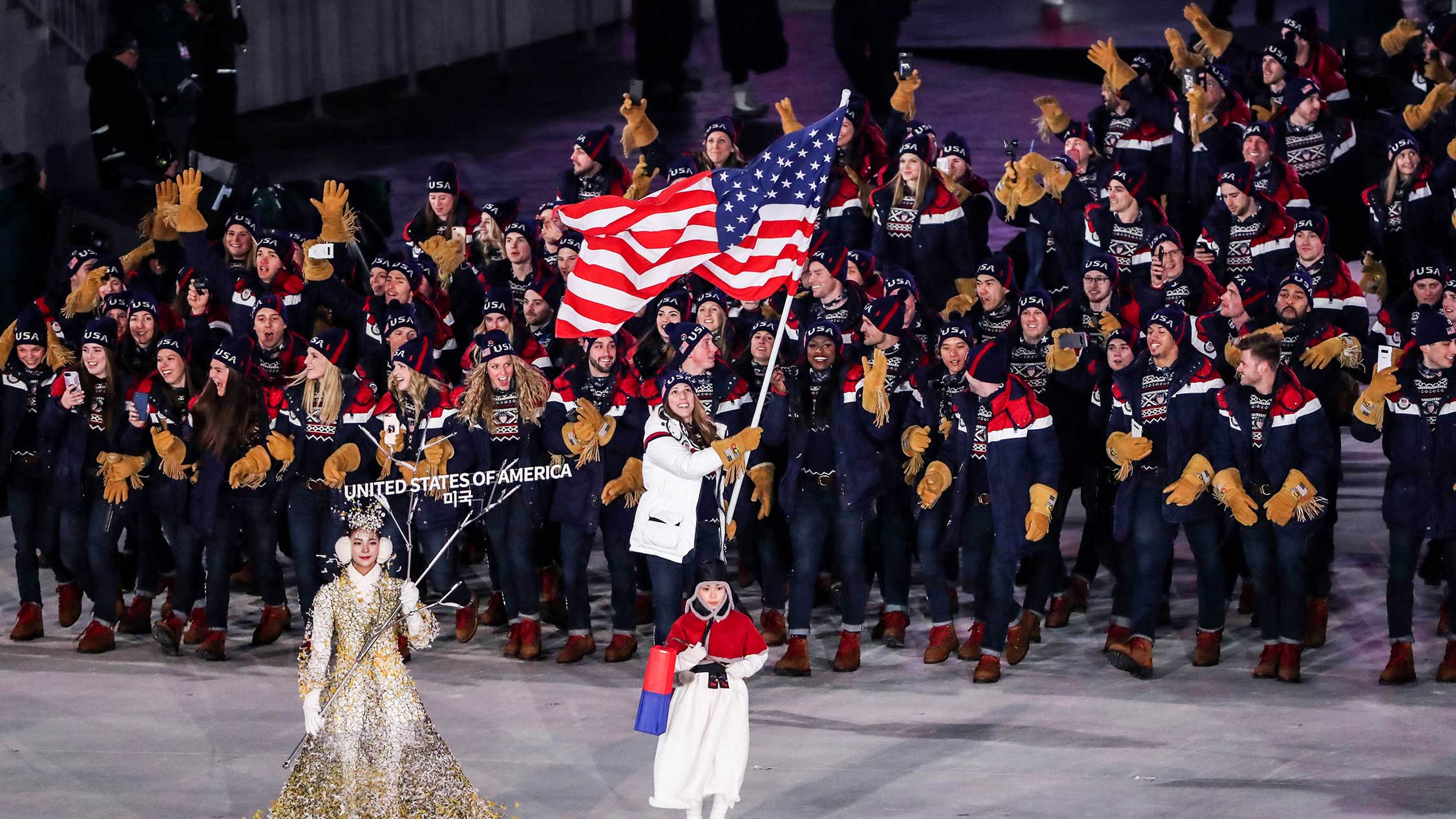 Here's Some Winter Olympics Records Held By the United States 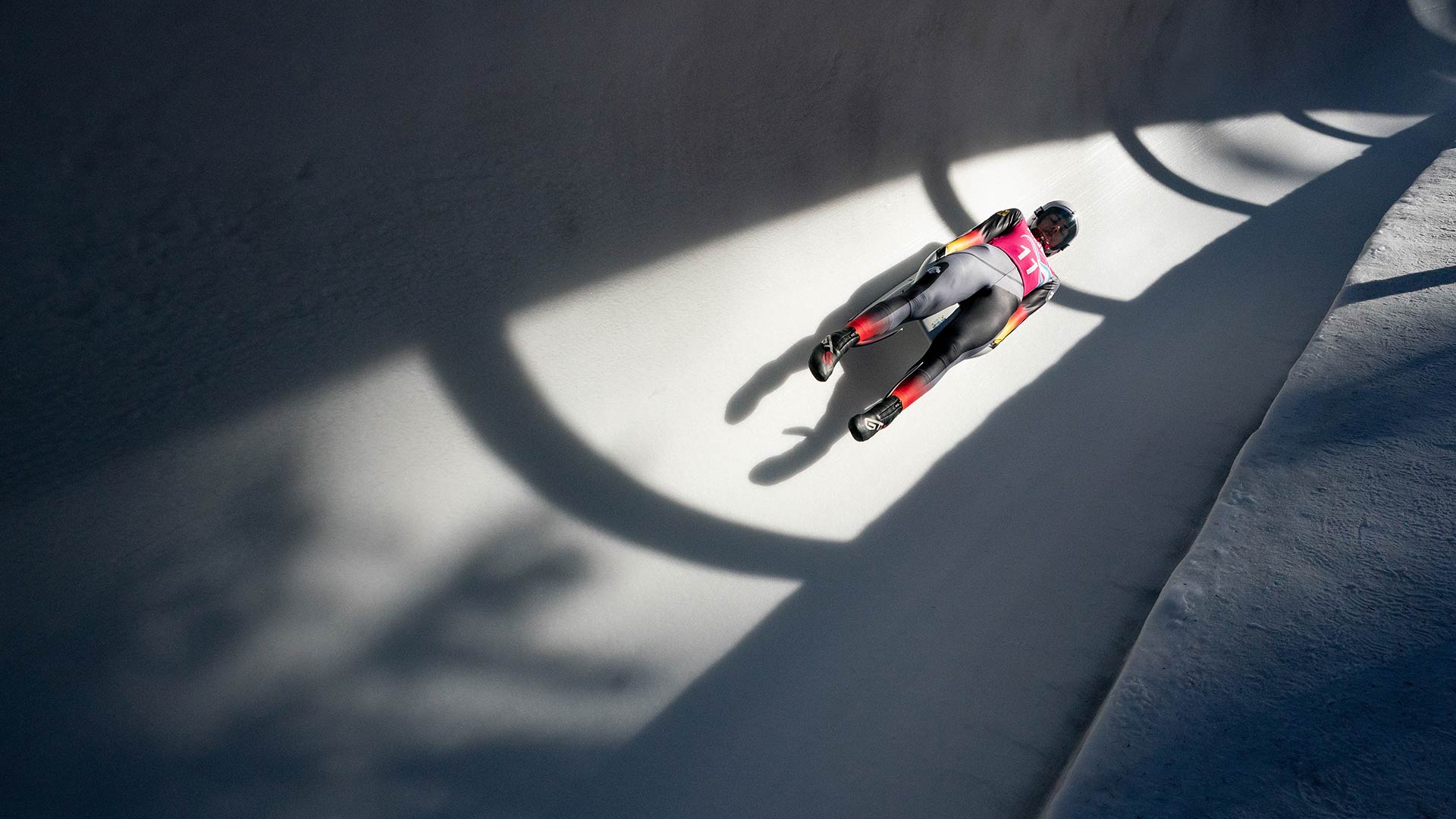 Here is a Guide to Luge at the 2022 Winter Olympics

Snowmaking can raise other environmental concerns, including over the chemicals sometimes used to help water freeze at higher temperatures, and the electricity needed to power the systems, which could mean a bigger carbon footprint. The IOC says all venues and facilities are powered by wind and solar energy and that no chemicals are used because of the region's cold temperatures.

“Of course we are using a lot of energy of making snow,” Bernhard Russi, chairman of the International Ski Federation's alpine committee, said at a press briefing Saturday. But he added that the challenge is how to store the snow over the summer for the next season - something already being done in Europe, allowing resorts to save up to half of it.

WHAT THE ATHLETES SAY

Athletes have voiced their concerns about competing on fake snow, saying it brings new risks.

Skiers and experts say manmade snow has more moisture, which means it ices up faster. Estonian Olympic biathlete Johanna Taliharmtold the AP last month that artificial snow is “faster and more dangerous" because of the icing.

The actor, known for his role in “Rocky III,” could not contain his excitement for USA Curling at the Olympics. “I am pumped!,” he tweeted. “The U.S.A. Curling team is back!” NBCLX’s Ngozi Ekeledo and Fernando Hurtado cover this and what they learned about how speed skating stadiums work in “3 Things We Learned.”

Russi, the 1972 downhill gold medalist in Japan, acknowledged that “of course ski racers and we organizers, we prefer to have natural snow,” but added that using machines to make snow allows them to get it to the right “hardness” for each discipline.

The IOC said artificial snow is used regularly at World Cup ski competitions and denied that it makes courses more dangerous,. "To the contrary, it creates a more consistent surface from the top to bottom, or start to finish, of a course. "

As the Winter Games begin, Russi said “the snow we find right now on the courses is absolutely perfect, you cannot have it better."