The ice rinks that play host to figure skating and speedskating competitions at the 2022 Beijing Olympics will also be putting a major environmental problem on the world stage – the potent greenhouse gases often lurking in refrigerators, air conditioners and other cooling systems.

Four newly built rinks at the Games will use alternative carbon dioxide cooling systems with far less of an impact on global warming than the artificial refrigerants used in such appliances, though other rinks will still use such refrigerants.

Organizers nevertheless say the use of CO2 cooling at the new rinks could bring attention to the use of artificial refrigerants globally, which is expected to become a growing problem as developing countries get richer and use more and more cooling appliances.

The change at select Olympic venues comes as athletes worry that global warming is endangering winter sports and increasing the need for human-made snow, which requires huge amounts of water and energy to produce. To produce the artificial snow for the Beijing Games, China built massive irrigation systems that will use up to 800 Olympic-sized swimming pools’ worth of water. 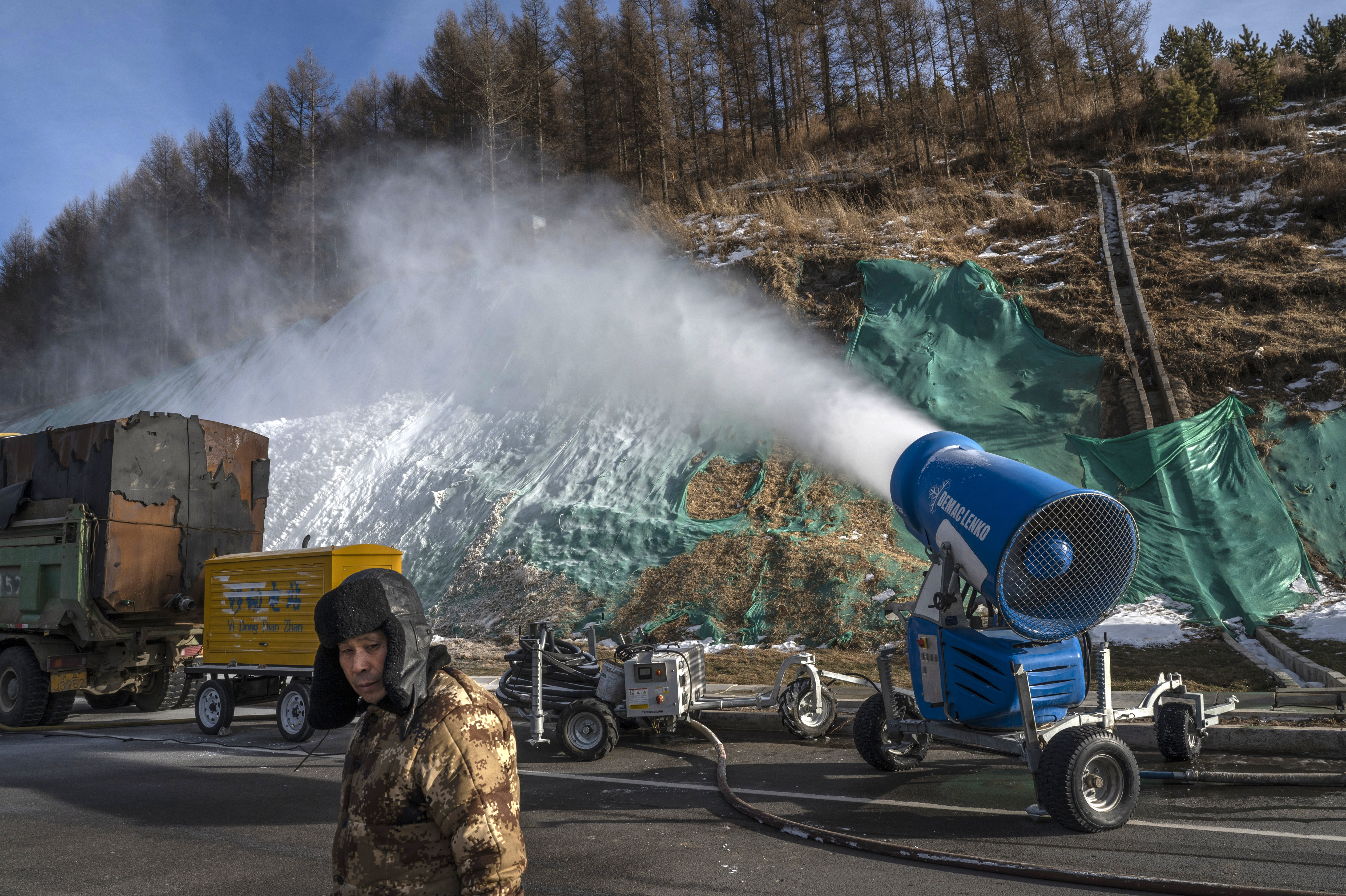 With ice rinks, the use of CO2 cooling systems at some venues for the Beijing Olympics signals the latest chapter in the history of artificial refrigerants.

Under an international treaty in 1987, countries agreed to phase out an earlier generation of refrigerants because of their ozone-depleting properties. That eventually paved the way for the rise of hydrofluorocarbons, or HFCs, which don’t zap a hole in the atmosphere but can leak from discarded appliances and are considered a major driver of global warming.

“We traded one environmental disaster for another,” said Danielle Wright of the North American Sustainable Refrigeration Council, which advocates for alternative refrigerants.

Wright said regulatory and technical advances have largely addressed the risks once associated with refrigerants like ammonia and propane, which were popular before the rise of artificial refrigerants and have no global warming impact.

Such alternatives could become more popular after the U.S. recently committed to phasing out HFCs. The wind-down is expected to take years, however, and Booten noted the complexities of switching to alternatives, which could come with environmental trade-offs. Appliances that use alternative refrigerants, for example, might use more energy if they don’t cool as efficiently, he said.

In North America, many ice rinks already use ammonia for their cooling systems. But at the 2018 Pyeongchang Olympics, rinks were still using damaging refrigerants, said Xavier Becker, associate director of venues for the International Olympic Committee.

The IOC subsequently pushed Beijing organizers to commit to better options, he said, noting the potential for the high-profile rinks to set an example.

“The refrigeration industry in China can be transformed,” Becker said.

China has said it would push to popularize winter sports among its hundreds of millions of its residents.

In this full video of the My New Favorite Olympian podcast, hosts Apolo Ohno and Ngozi Ekeledo hear from Winter Olympians who are calling for action on climate change. Warming temperatures could present an existential threat to the Winter Olympics, and conditions have broken down on some courses already, the athletes say.

Art Sutherland, a refrigeration consultant for the IOC, said officials in Beijing didn’t want to use ammonia because of fears about toxic leaks. They instead opted for CO2 cooling, a relatively newer option that has a negligible climate impact relative to artificial refrigerants.

The CO2 systems will be used in four newly built rinks – the speedskating oval, short track rink, figure skating rink and hockey training rink. A team of students from Beijing Polytechnics College helped build the rinks and are expected to become engineers for other new ones across China.

Other rinks will still use a newer generation of HFCs that have reduced global warming potential. Sutherland noted those were existing rinks, making the installation of CO2 systems difficult.

Christine Starr, a senior policy analyst for the Environmental Investigation Agency, praised the use of CO2 cooling at the Olympic rinks but said "it would be even better if they could say that there their venues were HFC-free.”

In this clip from the My New Favorite Olympian podcast, U.S. cross-country skiing star Jessie Diggins talks about the difference between weather and climate. Diggins and other Winter Olympians are speaking out about climate change, which a study could threaten the viability of future Winter Olympic Games.