Just 32% of Patriots full-time coaching positions have gone to minorities under Bill Belichick, but this season, he has the most minority assistants he's ever had

The Patriots are one of the NFL's most successful franchises, winning six Super Bowls under the disciplined operation coach Bill Belichick has cultivated over the past two decades.

They aren't exempt from having room to improve when hiring minority assistant coaches.

Eighteen of the 56 assistants (32%) Belichick has employed in full-time roles during his 22 years in New England have been minorities. Excluding strength and conditioning coaches, the number drops to 13, or just 25%. Both numbers fall below the 36% of minority assistants on coaching staffs across the NFL in 2020, according to The Institute for Diversity and Ethics in Sports' most recent Race and Gender Report Card.

Of Belichick's hires during his tenure in New England, former Browns and Texans coach Romeo Crennel, Dolphins coach Brian Flores and Giants defensive coordinator Patrick Graham are the only ones to have risen to the coordinator or head coaching ranks.

Belichick is trying to change that.

On this week's episode of "The Next Pats Podcast", Phil Perry talks with PFF Salary Cap analyst Brad Spielberger to talk about Bill Belichick's effectiveness as the Patriots' GM over the years.

It is the most minority assistants Belichick has ever had on his staff in a single season.

"I think it's a great program," Belichick said of the NFL's initiatives aimed at introducing more coaches of color to jobs in the league. "It's a great opportunity for both the teams and the participants in it to make a connection more than casually, but actually in the workplace and on the job. I think it's been great."

This past summer he also represented the Patriots and led a session at the NFL's fourth NFL Quarterback Coaching Summit, conducted in partnership with the Black College Football Hall of Fame. 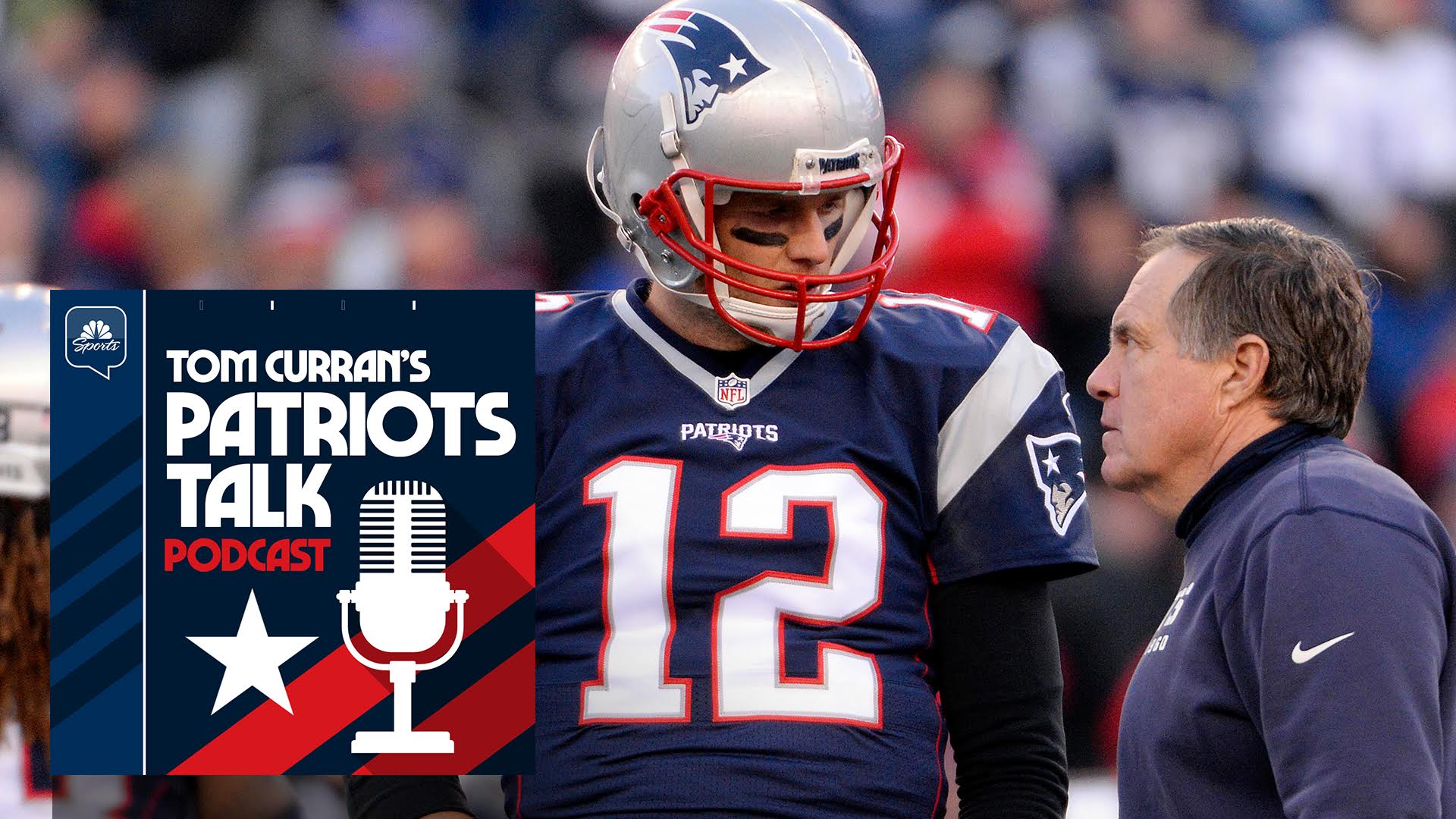 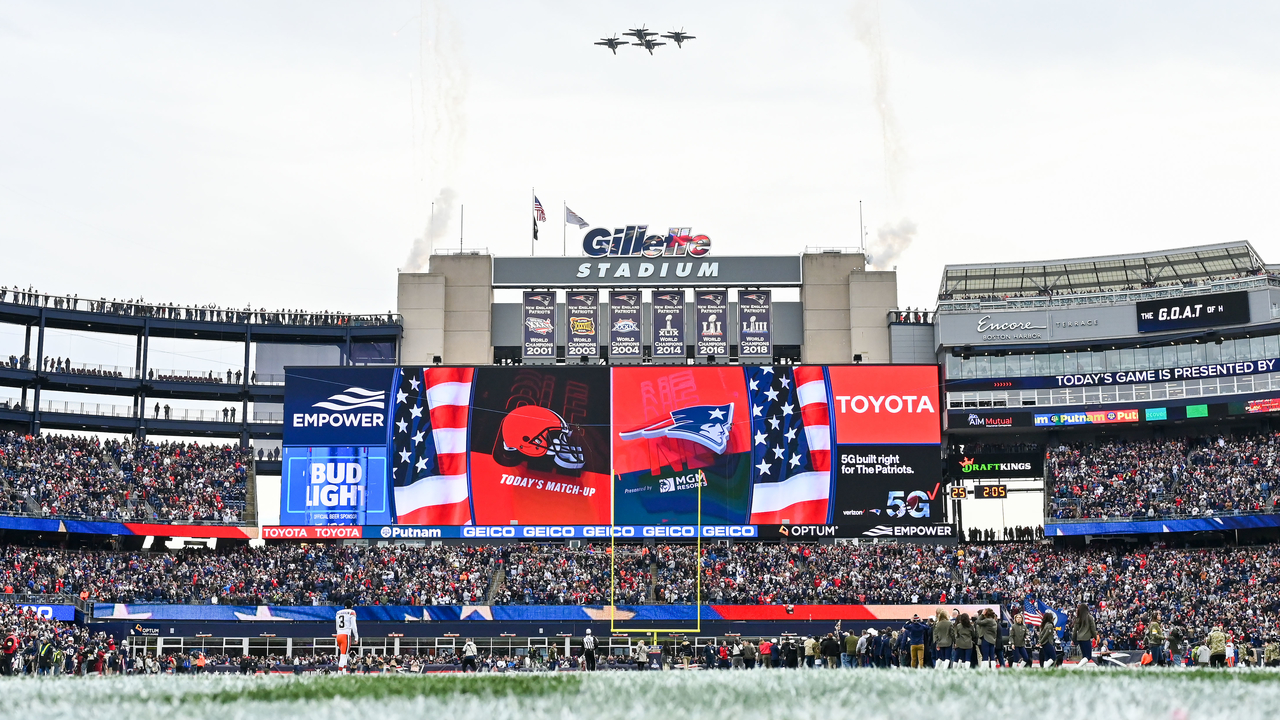 "I think for the league to do that, it's one thing to talk about it. But to now try to pinpoint areas they can get better — in the coaching staff, in the front office — I think it's time to start seeing that year in and year out," said Patriots veteran safety Devin McCourty. "It's the right thing to do. I think a lot of highly qualified people haven't been given the chance and it'll be great to see when people are given the chance what they do with it and excel at it."

Two of those coaches who have progressed quickly are Mayo and Brown, former Patriots players who joined Belichick's staff in 2019.

"They obviously have a lot of experience, and they have a perspective on the game as players that most of the other coaches on the staff don't have, at least at the professional level," Belichick said.

Week 13 of the NFL season brought with it history making moments, from touchdown records to quarterback tackle records.

Belichick said the fact neither is far removed from his playing days — Brown's last season was in 2007 and Mayo retired after the 2015 season — helps them relate to players more easily.

McCourty is also encouraged that minority coaches who have been added during his time in New England have brought a uniqueness that extends beyond their race. It runs the gamut from former players with institutional knowledge of the franchise such as Brown, Mayo and Yates, to Covington, who worked his way up from the college ranks.

And while a coaching lifer like Fears has never gotten above the assistant level during a 31-year career, he's not bitter.

"I think there's a good set of coaches here that are young and they're coming along and they're putting themselves in position to get a chance to do that," Fears said. "But I think the older coaches have a hell of a shot at it, too. I really do."

"I think I'm better as a coach," he said. "I just try to break it down to the nuts and bolts about it. I always say players win games and coaches lose games, and it's our responsibility as coaches to really simplify the concepts so everyone in the room can understand."

He's already caught the attention of others around the league, evidenced by his being interviewed for the Philadelphia Eagles' head coaching job this past offseason. It went to former Colts offensive coordinator Nick Sirianni, but it hasn't weakened Mayo's resolve to hold one of the league's top jobs.

"I definitely aspire to be a head coach in this league," Mayo said. "We'll see what happens at the end of the year."