The Boston Bruins winger is one of the NHL's best offensive players, and his three assists in Wednesday night's 4-1 win over the Montreal Canadiens put him over the 70-point mark for the fourth consecutive season. Marchand is the ninth player in Bruins history to tally 70-plus points four seasons in a row.

He did it in style, too. Marchand's 70th point came in the first period when he dangled past a Canadiens player with a highlight-reel move before dishing the puck to linemate David Pastrnak for the game's first goal.

"At first, I drove really hard backdoor to make it 2-on-2, but at some point I kind of gave up driving and stopped skating," Pastrnak said of Marchand's incredible effort. "I was like, 'there's no way he can make that play' -- two or three guys on his back. Great play by him. It was an easy play for me. We all know how good of a player he is, and how good of a playmaker he's become."

THIS IS HOW YOU START A GAME! 😳 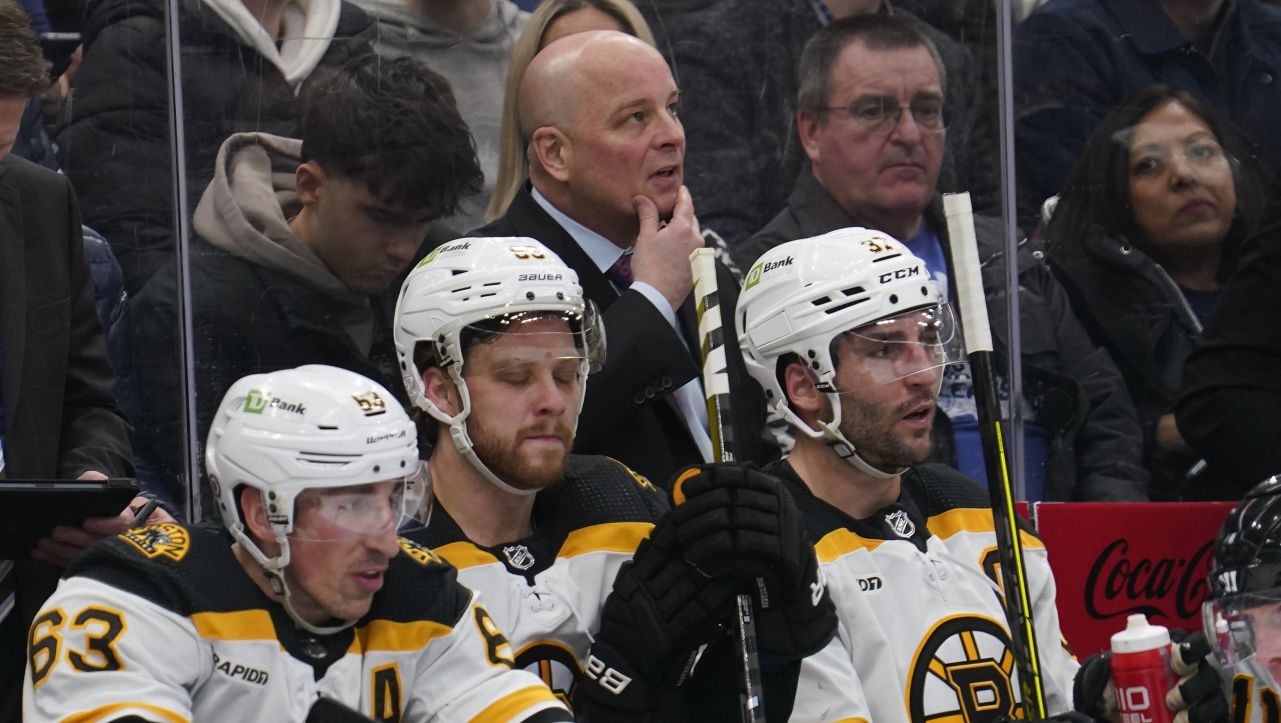 "He had lots of initiative," Bruins head coach Bruce Cassidy said of Marchand. "The first goal, he did the majority of the work. (Pastrnak) went to the right place, of course, to finish, which he typically does. It's like the other goal, Sean (Kuraly) did a lot of work - now, Pasta had great hands, allowed them to cut back, which we've seen lots of. But I agree with you, I think (Marchand) was dialed in today. Did a lot of things well, wanted to be a driver in the game for that line, and I thought he was."

Marchand entered the league as a pest playing a bottom-six role, and while being an agitator will always be a part of his game, his transformation into a consistent point-per-game scorer is quite impressive.

Marchand now has 72 points (23 goals, 49 assists) in 58 games this season. This puts him in sixth place on the league's scoring leaderboard.

Here's a look at the league's top scorers since the beginning of the 2016-17 season. Only four players have totaled more points than Marchand over that span.

Marchand benefits from playing alongside two other really talented offensive players in Patrice Bergeron and Pastrnak. Bergeron has scored 20-plus goals seven years in a row, while Pastrnak currently leads the league in goals with 41. That said, Marchand's stats when he's not playing with Bergeron and Pastrnak are still pretty good. In 89:40 of ice time away from Pastrnak and 83:28 of ice time away from Bergeron at 5-on-5, Marchand has a goals-for percentage and a scoring chances-for percentage above 50, per Natural Stat Trick. So, the ice is tilted in Boston's favor regardless of who's on the ice with Marchand during 5-on-5 action.

The Bruins are the sixth-highest scoring team in the league and have the best line in hockey. They also own the league's best record and look every bit like a team ready to return to the Stanley Cup Final. Marchand's elite two-way play, highlighted by his consistent offensive production, is a huge reason why the Bruins are in a strong position as the final stretch of the regular season gets underway.