Newton, the 2011 NFL Rookie of the Year and 2015 NFL MVP, has rushed more touchdowns than any quarterback in NFL history

What's the best possible way to ease the sting of letting one former MVP quarterback walk away in free agency? Signing another one, of course.

There's much, much, much more to it than that, but the Patriots became the first team in NFL history to both lose and gain a former MVP in a single off-season with the reported signing of quarterback Cam Newton late Sunday.

How did the Patriots, in this post-Tom Brady world, get here? Better yet, how did Newton, the league MVP in 2015, wind up in Foxboro on an incentive-laden deal near the end of June, months after the majority of free agency had been completed?

While we continue to live in an unprecedented time due to the coronavirus pandemic, the agreement between Newton and the Patriots provided a Vitamin B shot of normalcy.

This is the exact kind of move the Patriots would make for any other position on the roster over the last 20 years. Wait out a star player hitting free agency at an inopportune time, watch his market collapse, then pounce when the timing is right. Bill Belichick is often at his best in these situations.

Newton, who was released by the Panthers on March 24, heads to Foxboro on a one-year deal worth up to $7.5 million and -- get this -- no guarantees he'll be the Week 1 starter, per Jeff Howe of The Athletic. Should Newton reach all of the incentives under his contract, his 2020 cap hit would work out to be the 27th highest among quarterbacks.

Brady he's not, but Newton is still one of the most accomplished quarterbacks in NFL history in his own right. The top pick in the 2011 NFL Draft by Carolina, his 58 rushing touchdowns are the most in league history for a quarterback, while his 4,806 rushing yards are third behind only Mike Vick and Randall Cunningham.

Seriously, where is the downside for this move?

There's a chance Newton is damaged goods at this point in his career, especially after missing all but two games in 2019 with a foot injury. It's a completely valid point that Newton is 23-23 as a starter since his legendary 2015 MVP campaign, which saw him throw for 35 touchdowns and rush for 10 more as the Panthers won the NFC.

It's not completely unfair to wonder about what this means for Jarrett Stidham as New England's quarterback of the future, especially given all we've heard since Brady's departure about the confidence the team has in him.

Stidham, however, is still under team control through the 2022 season. There was never a need for him to prove himself as a starting quarterback in Year 2, given the Patriots still would have welcomed back 43-year-old Brady at the right price.

If you're that concerned over Stidham's timeline, remember that Newton is somehow still just 31. Who's to say he couldn't launch a successful second act in Foxboro?

The downside weighs out to approximately zip, zilch and nada.

The coronavirus pandemic fundamentally changed the course of the NFL off-season, namely the absence of organized team activities or mandatory mini-camp. To be clear, it's hardly the same situation, but consider this: Newton's first foray into life in the NFL came during the lockout-shortened 2011 offseason, in which players were barred from team facilities until a resolution was struck in late July.

How did that affect Newton's first NFL season?

It didn't. While learning a brand-new offense, on the fly, from the one he perfected as Heisman Trophy winner at Auburn the year prior, Newton put up one of the most impressive Rookie of the Year campaigns in league history by throwing for a rookie-record 4,051 yards and becoming the first quarterback to surpass 400 yards in the air in his first game.

Again, not apples to apples. But Newton has been seemingly behind the 8-ball in terms of grasping an offense before, with prolific results.

Newton has appeared in eight fewer Super Bowls than Brady and has won six less, and that's OK. Regardless of circumstances, being the guy who followed Tom Brady in New England was always going to be one of the most thankless tasks in the history of professional sports.

What type of player better to do so than Newton, who's been an at-times polarizing figure in the national spotlight for the better part of a decade now?

This all could be moot if A) the coronavirus pandemic wipes out the NFL season or B) Newton is, indeed, washed up. For the sake of everyone's entertainment and many people's livelihoods, here's hoping it's the second scenario, should we need to play "I told you so" at all.

Until then, Newton represents one of the most fascinating acquisitions in Patriots history. Rodney Harrison and Randy Moss appeared spent before arriving in New England once upon a time, too. A tad more tantalizing than Andy Dalton would have been, no?

If it doesn't work out for Newton, there's the same door Antonio Brown, Albert Haynesworth and Chad Johnson were shown, and Stidham enters 2021 with two full seasons on an NFL bench under his belt.

Maybe Stidham is still the guy this year anyways and Newton is nothing more than a footnote on the Reggie Wayne Training Camp All-Stars.

On the contrary, should the stars align, it's not crazy to think that signing Cam Newton for relative peanuts could work out to be Belichick's shrewdest move ever.

More on the Cam Newton Move 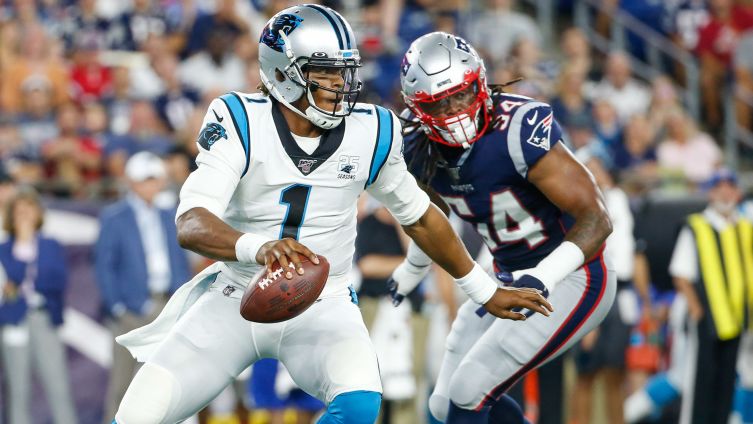 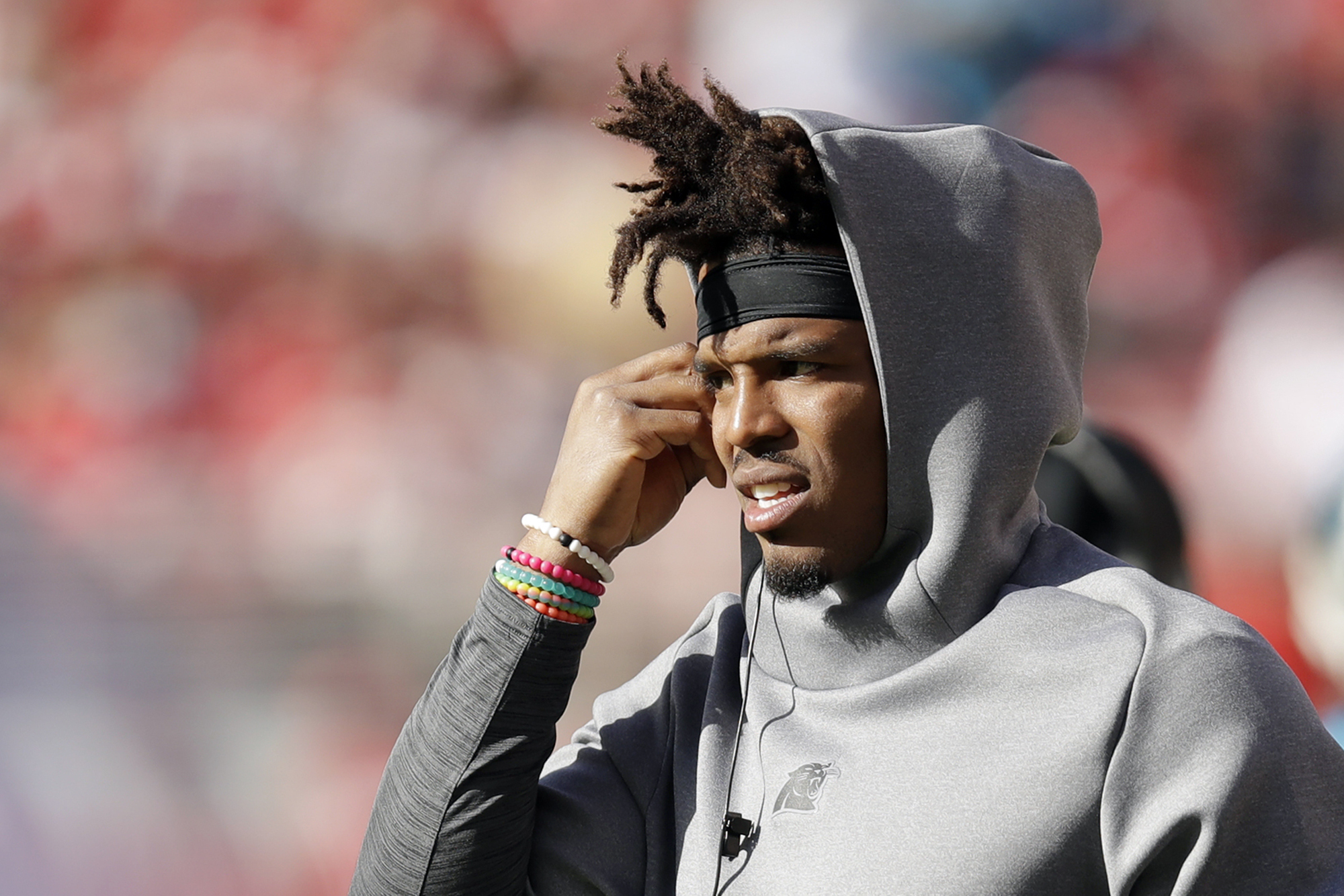