Prior to the match, they were both unbeaten during a lengthy stay in New York

After one errant forehand in the first set of the U.S. Open final, Naomi Osaka looked at her coach in the mostly empty Arthur Ashe Stadium stands with palms up, as if to say, “What the heck is happening?”

In response to another wayward forehand against Victoria Azarenka seconds later, Osaka chucked her racket. It spun a bit and rattled against the court.

Surprisingly off-kilter in the early going Saturday, Osaka kept missing shots and digging herself a deficit. Until, suddenly, she lifted her game, and Azarenka couldn’t sustain her start. By the end, Osaka pulled away to a 1-6, 6-3, 6-3 comeback victory for her second U.S. Open championship and third Grand Slam title overall. 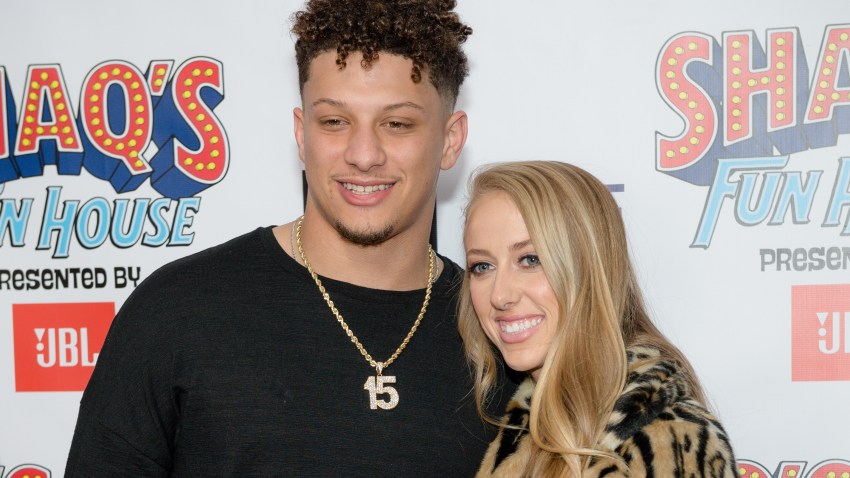 “For me, I just thought it would be very embarrassing to lose this in an under an hour,” said Osaka, who laid down on her back on court after winning.

This, then, is what she told herself when things looked bleakest: “I just have to try as hard as I can and stop having a really bad attitude.”

It worked. A quarter-century had passed since a woman who lost the first set of a U.S. Open final wound up winning: In 1994, Arantxa Sanchez Vicario did it against Steffi Graf.

This one was a back-and-forth affair. Even after Osaka surged ahead 4-1 in the third set, the outcome was unclear. She held four break points in the next game — convert any of those, and she would have served for the win at 5-1 — but Azarenka didn’t flinch.

Azarenka held there, somehow, and broke to get to 4-3, then stood and stretched during the ensuing changeover.

But Osaka regained control, then covered her face when the final was over.

“I actually don't want to play you in more finals,” a smiling Osaka told Azarenka afterward. “I didn't enjoy that.”

Osaka, a 22-year-old born in Japan and now based in the United States, added to her trophies from the 2018 U.S. Open — earned with a brilliant performance in a memorably chaotic final against Serena Williams — and 2019 Australian Open.

The 23,000-plus seats in the main arena at Flushing Meadows were not entirely unclaimed, just mostly so — while fans were not allowed to attend because of the coronavirus pandemic, dozens of people who worked at the tournament attended — and the cavernous place was not entirely silent, just mostly so. One of the lucky few in the house: Osaka's boyfriend, rapper YBN Cordae.

“It’s not easy times in the world right now, so I’m very grateful for the opportunity to play in front of millions of people watching on TV,” Azarenka said. “Unfortunately, they’re not here.”

Certainly no thunderous applause or the cacophony of yells that normally would reverberate over and over and over again through the course of a Grand Slam final, accompanying the players’ introductions or preceding the first point or after the greatest of shots.

Instead, a polite smattering of claps from several hands marked such moments.

Osaka arrived for the match wearing a mask with the name of Tamir Rice, a Black 12-year-old boy killed by police in Ohio in 2014. At her other U.S. Open matches, Osaka honored other Black victims of violence: Breonna Taylor, Elijah McClain, Trayvon Martin, Ahmaud Arbery, George Floyd and Philando Castile.

“The point," Osaka explained, “is to make people start talking.”

She has been at the forefront of efforts in tennis to bring attention to racial injustice. Last month, Osaka joined athletes in various sports by refusing to compete after the police shooting of Jacob Blake in Wisconsin — she said she wouldn’t participate in her semifinal at the Western & Southern Open, then decided to play after the tournament took a full day off in solidarity.

Osaka and her coach, Wim Fissette — who used to work with Azarenka — have said they think the off-court activism has helped her energy and mindset in matches.

The win over Azarenka, a 31-year-old from Belarus also seeking a third Grand Slam title but first in 7½ years, made Osaka 11-0 since tennis resumed after its hiatus because of the COVID-19 outbreak.

Azarenka carried an 11-match winning streak of her own into Saturday, including a stirring three-set victory over Williams in the semifinals, stopping the American's bid for a 24th Grand Slam singles title.

Azarenka won the 2012 and 2013 Australian Opens and lost in the finals of the U.S. Open each of those years.

“I thought the third time was the charm,” Azarenka said, “but I guess I’ll have to try again.”

She led early against Osaka, getting a quick break with terrific returning, including a sturdy reply to a 119 mph serve to draw a netted forehand. Azarenka also displayed some enviable let-no-ball-by defense, stretching points until Osaka missed.

Osaka was making the sort of mistakes she avoided almost entirely in recent matches.

It seemed, in contrast, as if Azarenka couldn’t put a ball anywhere but where she wanted. She would race into position, always arrive on time, and strike deep groundstrokes to the corners. More often than not, points would end with a flub from Osaka, and the first set was over in a blink.

Azarenka broke early in the second set, too, to lead 2-0. The question shifted from “Who will win?” to “Might this be the most lopsided women’s final at the U.S. Open since the professional era began in 1968?”

She broke back to get on even terms, then again to go ahead 4-3 in the second set when Azarenka’s increasing miscues led to a wide backhand.

Here’s how Osaka transformed the match: She stepped closer to the baseline, redirecting shots more quickly and forcefully. It didn’t help Azarenka that she didn’t maintain her form from the first set — who could have? — and began hitting the ball less stridently.

So much of this was about Osaka’s transformation from shaky to sure-footed. She had just five winners in the first set, 16 in the second. And talk about cleaning up her act: She went from 13 unforced errors to merely five.

In the third, Azarenka was the unsettled one, double-faulting to set up break points, then netting a forehand to close a 17-stroke exchange to fall behind 3-1.

She would not go quietly, but it was Osaka who would take the title.