As the NBA returns, you're going to hear a lot of things like "anything can happen" and "we just don't know." That's fair, as this is completely uncharted territory for an NBA season.

Yet for all the expecting of the unexpected, you shouldn't change your expectations for the Celtics: It's NBA Finals or bust. 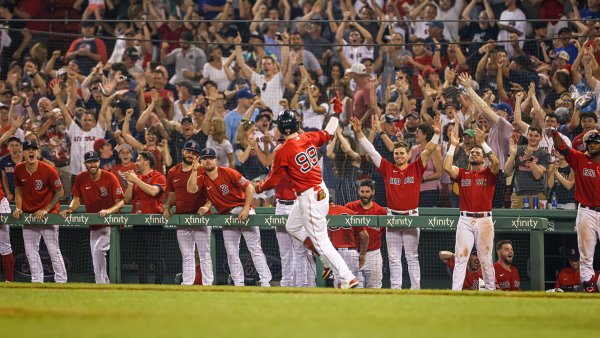 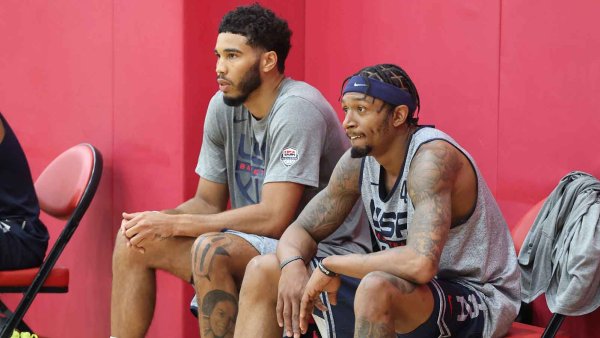 Why Celtics Are ‘Definitely in the Conversation' With Bradley Beal

We talked about a lot of teams in terms of who their "duo" was during the offseason, as it's become a thing for two great players to either team up (the Clippers, the Lakers) or be brought together. We guessed Kemba Walker and Jayson Tatum, or maybe Tatum and Jaylen Brown, knowing full well there was a possibility for the Celtics to just be a team with a lot of stars.

And that's what they are. Remember when Paul Pierce said the last month that the C's had the best starting lineup in the league? If he'd had just kept that to the East, he wouldn't have gotten nearly as much flak.

Walker and Tatum were All-Stars. Brown could have been. All three of them average at least 20 points a night, making them the only team in the league with three such players. Gordon Hayward's 17.3 points a game would be third on the Bucks, second on the Heat and third on the Sixers. Toronto has just one player averaging 20 a night.

And sure, 20-point scorers isn't the entire measure of a team, but it helps to have more of them than anyone else. It also helps to beat the teams that stand in your way.

The Celtics have done that for the most part. Both of the Celtics' games against the Bucks pre-COVID were played without Jaylen Brown. The C's won in Boston and lost a close one in Milwaukee.

The Bucks are awesome defensively, but they have one transcendent player and an additional star. Boston's starting five is better, because even when you consider their lack of talent at center, they're still sixth in the league in net rating at the position.

The Raptors? Boston took two of three pre-COVID meetings, and Toronto also doesn't match up with star power despite having more quantity than Milwaukee with Pascal Siakam, Kyle Lowry and Fred VanVleet.

The Heat are also a two-star operation with Jimmy Butler and Bam Adebayo. The Pacers might not have Victor Oladipo, who could return from injury despite earlier proclaiming that he wouldn't play in Orlando.

Really, the biggest threat to the Celtics should be the 76ers, with their loaded - but seemingly toxic - roster.

Joel Embiid, Ben Simmons, Al Horford and Tobias Harris looked like they had the makings of a monster lineup, but that team was a mess and had admitted chemistry issues leading up to the stoppage. One of their few saving graces was that they could handle the Celtics (3-1 record in four meetings) even when they weren't at 100 percent health-wise. I'm still trying to figure out whether my fear of Philly is warranted or if they're actually last year's Celtics.

Speaking of, it's easy to see all this optimism and provide a reminder that the Bucks stomped Boston in five games last postseason. There's a different feeling with this group than last year, which was a mess any way you slice it. Maybe it's just because it's so much better by comparison, but have we had to have even one "what is wrong with this team?" conversation this season?

There have been horrible moments, sure (that Nets game, woof), but the biggest stories of this season have been the improvements of two of their best players in Jayson Tatum and Jaylen Brown. There's no cloud of disappointment around this team like there was last year.

The only question is Walker's knee, and it's a big one. But if you take everyone at their word that he'll be off a minutes restriction by the time the postseason rolls around, the East should belong to the Celtics.

We can talk about how they'd actually fare in the Finals when they get there.

2020 NBA Restart: Why it should be Finals or bust for Celtics originally appeared on NBC Sports Boston