The Boston Bruins' 2021-22 season came crashing down Saturday evening with a 3-2 loss to the Carolina Hurricanes in Game 7 of their first-round playoff series at PNC Arena.

Home ice played a huge advantage in this series with the home team winning every single game. All four road games for the Bruins followed a similar script -- falling into an early hole and not being able to recover. Carolina led 3-1 most of the third period before the Bruins scored with 21.7 seconds left to cut the deficit to one.

The Bruins' defeat begins an offseason that should be a pivotal one for the short and long term future of the franchise. First-line center and team captain Patrice Bergeron's contract is about to expire. It's not known whether he'll come back or retire. Boston also has plenty of roster weaknesses to address but lacks the caliber of prospects or draft pick capital to make substantial upgrades.

Before we start looking ahead to the offseason, let's review three takeaways from Bruins-Hurricanes Game 7. 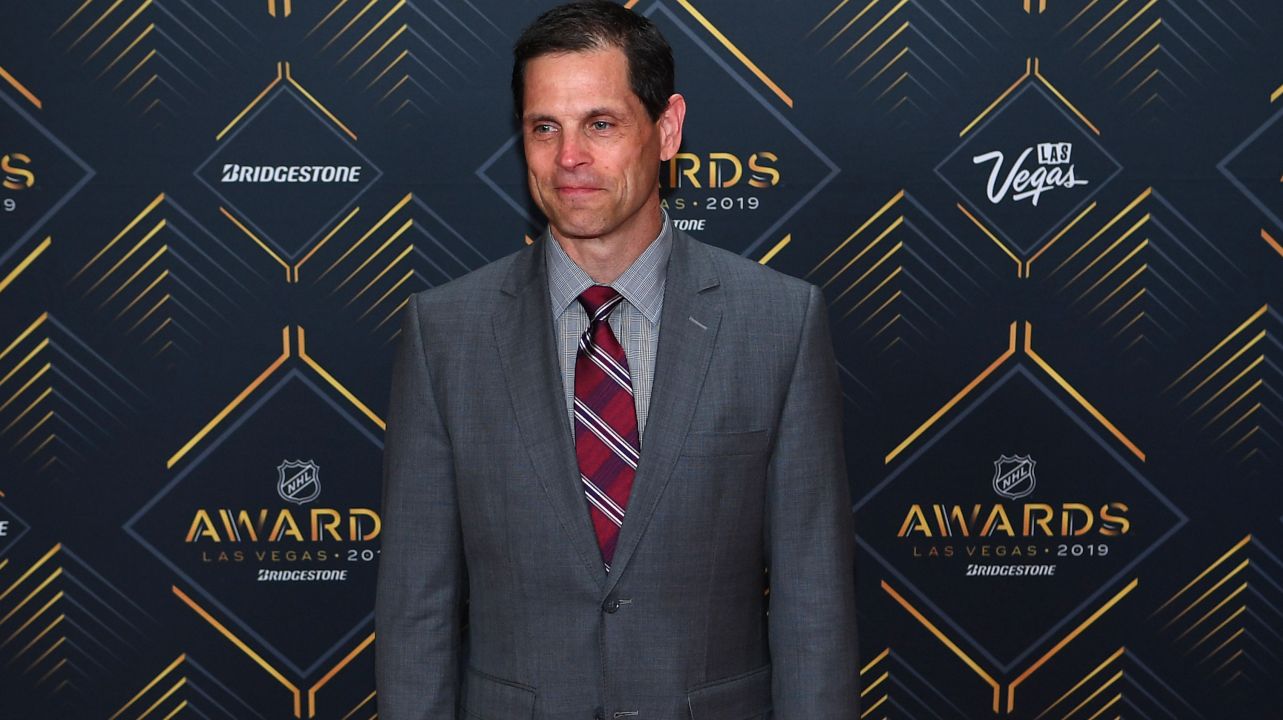 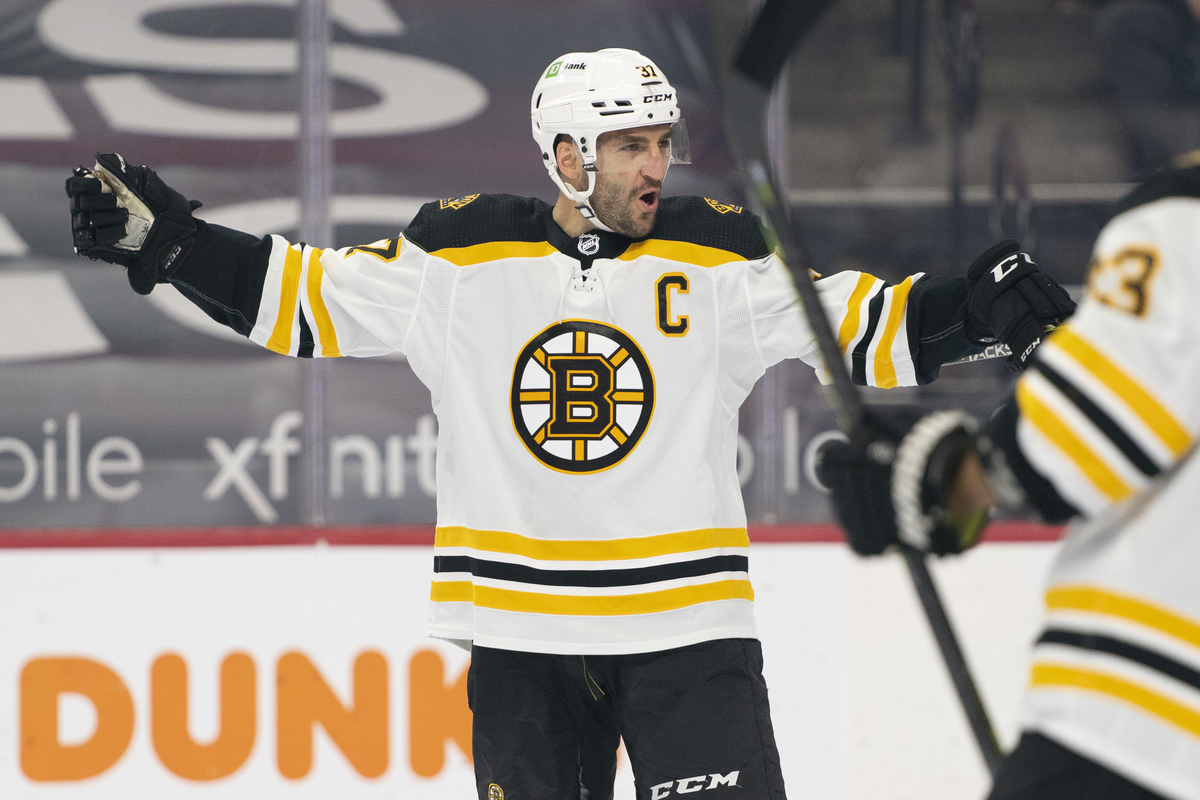 The Hurricanes scored first in six of the seven games this series, including all four in Carolina.

The Bruins actually were playing pretty well for most of the opening 20 minutes, and they had a couple quality scoring chances, but the Hurricanes got on the board first at 18:36 of the period when Max Domi took a pass from Jaccob Slavin and made a pretty feed to Teuvo Teravainen for the goal.

It got worse for the Bruins at the end of the first period. Taylor Hall took a bad high-sticking penalty that was called a double-minor. Carolina had three power play opportunities in the first 20 minutes because Boston just couldn't stay out of the box. It was a huge problem for the Bruins, especially in the games at PNC Arena, where the 'Canes held a 20-11 edge in power plays.

Overall, the Bruins were outscored 5-0 in first periods on the road this series. If you look at the first 40 minutes in these road games, the picture is even worse for Boston.

The Bruins ranked 26th in third period goals during the regular season. They aren't a high-powered team offensively and they aren't built to overcome multi-goal deficits against, evidenced by their 1-13-0 record when trailing by 2-plus goals entering the third period this season.

Falling behind often and early allowed Carolina to play its physical, aggressive forechecking style of hockey that's so difficult to mount a comeback against.

Hockey is a game of inches, and the Bruins experienced that the hard way in Game 7.

The Hurricanes doubled their lead to 2-0 in the second period on a lucky bounce. Jordan Staal tried to deflect a shot in front of the net. He didn't get much of the puck, but it bounced right to Max Domi, who quickly shot it over the goal line.

The key sequence in the game happened later in the second period when Trent Frederic nearly tied the score. He beat 'Canes goalie Antti Raanta but his shot rang off the post. The Hurricanes scored on the ensuing rush up ice when Domi fired a one-timer past B's goalie Jeremy Swayman to put Carolina ahead by two again.

MAX DOMI IS ON ð¥

The Bruins were inches away from tying the game and erasing a 2-0 deficit. Instead, the Hurricanes went up 3-1.

Boston's best scoring chance of the third period came with about eight minutes remaining. Craig Smith made a hard pass to Charlie Coyle on a 2-on-1 rush, and as soon as the puck hit the blade of his stick, it started bouncing and prevented the veteran center from shooting into an open net.

Boston with a massive chance to get back within one and Charlie Coyle can't handle the two-on-one feed from Craig Smith.

You can't rely on or expect any amount of luck -- it's a random thing. But teams that work hard tend to create their own luck, and the Hurricanes' relentless play all series put themselves in position for good things to happen.

3) Secondary scoring fails to show up

Scoring depth again failed the Bruins in the playoffs.

The third and fourth lines were especially bad. This group tallied only one shot on net (Trent Frederic) through the first period. Coyle was on the ice for all three of the Hurricanes' goals. Coyle, Smith and Tomas Nosek were all held without a shot on net.

The Bruins spent a good chunk of money in free agency over the last two offseasons to address this scoring depth issue. The players that general manager Don Sweeney brought in failed to produce in the most important game of the season and the series overall.

Taylor Hall scored one even-strength goal in the series, and it came in the third period of Game 1. His only other goal was a power-play tally in Game 3.

The Bruins' top players were forced to shoulder way too much of the scoring burden in this series, especially on the road. A lack of quality depth up front has been a fatal weakness for the B's over the last five years.