The Boston Bruins are headed to the second round of the 2021 Stanley Cup Playoffs after eliminating the Washington Capitals with a 3-1 win in Game 5 of their first-round series Sunday night at Capital One Arena.

Patrice Bergeron scored twice for the Bruins and goaltender Tuukka Rask was magnificent in net, stopping 40 of the 41 Capitals shots he faced. 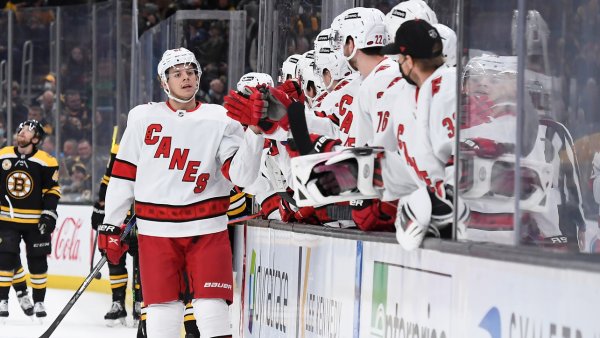 Boston lost the series opener in overtime and then won four straight games to reach Round 2 of the playoffs for the fourth consecutive season.

The Bruins don't yet have an opponent for the next round. They will play the winner of the Pittsburgh Penguins vs. New York Islanders series, which is tied at two games apiece.

David Pastrnak opened the scoring for the Bruins in the second period with a phenomenal display of skill.

Patrice Bergeron doubled Boston's lead in the second period with a goal scored blocker side on Samsonov.

Conor Sheary gave the Capitals some life with a goal 11 seconds into the third period.

Bergeron put the game away with his second goal of the night, this one coming in the third period.

The Bruins will get some valuable days off as they await the winner of the Penguins-Islanders first-round series. That series is tied at two games apiece entering Monday night's Game 5. The latest the series could end is Wednesday night in Game 6. But the B's could have a full week of rest depending on how it all plays out.