Cam Newton Opens Up About ‘Patriot Way,' Why He'd Return to Team in 2021

When asked if he'd return to New England on another one-year contract, the 31-year-old QB responded, "Yes. Hell yes"

Newton opens up about 'Patriot Way,' why he'd re-sign in 2021 originally appeared on NBC Sports Boston

Cam Newton didn't have much on-field success in 2020. But he learned a whole lot about the greatest modern dynasty in professional sports.

After signing a one-contract with the Patriots last July, Newton had one of his worst seasons as a pro, averaging just 177 passing yards per game with eight touchdown passes to 10 interceptions as New England sputtered to a 7-9 record.

Newton has admitted that the short offseason had him playing catch-up in the Patriots offense. He also had to adjust to the "Patriot Way," an atmosphere he described succinctly in a guest appearance on the "I Am Athlete" podcast.

In an exclusive interview, Cam Newton talks about whether he'd want to come back to the Patriots next year and what he's learned about New England so far.

"It doesn't matter (that) it's 8 o'clock at night. We have to watch film. We have to get these certain things done. And we all know who I was behind (in Tom Brady)."

So, is Newton grateful to be done with the Patriots and sign elsewhere in free agency? On the contrary.

When asked if he'd return to New England on another one-year contract, the 31-year-old QB responded, "Yes. Hell yes."

In fact, Newton believes that if given a full offseason of OTAs, minicamp and training camp, he can thrive in the Patriots' system -- unlike in 2020, where a shortened offseason and a midseason bout with COVID-19 halted his progress in learning the offense.

"I'm getting tired of changing, bro," Newton said. "I'm at a point in my career -- I know way more than I knew last year. Now, you give me (a full offseason) -- not even that, a system with me. Like, Doughboy (N'Keal Harry) knows me, Jakobi (Meyers) knows me, Bud (Damiere Byrd) knows me, the young tight ends know me, the younger guys are going to come in.

Next Pats Podcast: Why the Patriots should NOT be looking for the next Tom Brady | Listen & Subscribe | Watch on YouTube

Newton added that he loved playing for Bill Belichick, calling the Patriots head coach "the most misunderstood person in sports" and "a cool dude."

The Patriots are being aggressive in their QB search this offseason, and Newton is far from their Plan A. But if they need a backup plan, it appears the 10-year veteran is willing to run it back in Foxboro.

"There's always a chance for everything," Newton said when asked if there's a chance he re-signs with the Patriots. 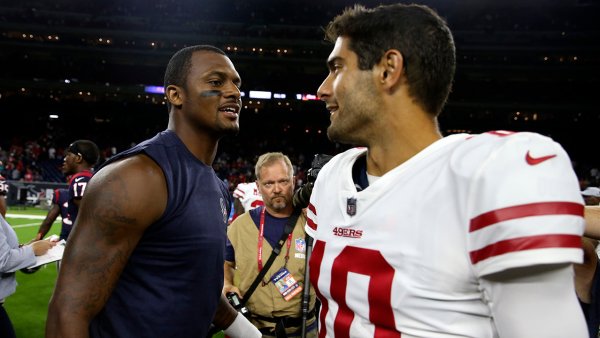 Patriots Have Reportedly Spoken to Teams About ‘Every' QB Trade Target 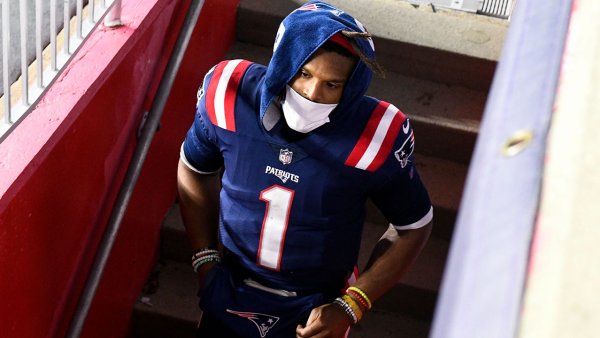