The Boston Celtics split their season series with the Los Angeles Lakers as they dropped Tuesday night's game at Staples Center, 117-102.

Jayson Tatum got his team off to an ideal start with 14 straight points, but Boston's supporting cast just couldn't find its groove as the offense's hot streak came to a screeching halt. Meanwhile, LeBron James dropped a team-high 30 points and Russell Westbrook added 24 points and 11 assists to propel L.A. to victory.

Is Tom Brady Retiring? He Might Have Just Given Us a Hint 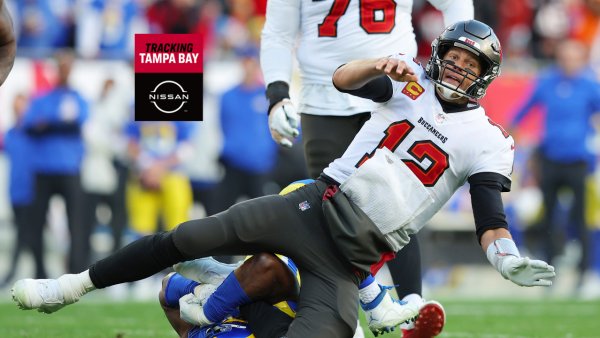 Tatum details relationship with Jaylen, how they can take 'next step'

Here are three immediate takeaways from the C's defeat, which brings them to 13-12 on the season. Next up is a meeting with the Los Angeles Clippers on Wednesday night as Boston's trip out west continues.

Jayson Tatum loves playing on national television. The 23-year-old has stepped up time and time again on the big stage during his young career.

It was more of the same Tuesday night as he quickly made his presence felt at Staples Center with 14 straight points to begin the game. It took him only four minutes to accomplish the feat.

Tatum finished with a game-high 34 points (13-22), marking his third straight 30-point game on the C's West Coast trip. Unfortunately for him, LeBron James was just as good.

James matched Tatum's intensity with 16 points in the first quarter. He ended up with 30 while shooting 13 of 19 from the field and adding five assists.

Tatum may have had slightly better numbers on paper, but "The King" was able to lead his team to victory. Consider it revenge for Tatum's 37-point performance in Boston's win over L.A. last month.

It's been a rocky West Coast trip for a Celtics team that prides itself on its defense. It didn't get any better in L.A.

After holding the San Antonio Spurs, Toronto Raptors, and Philadelphia 76ers under 100 points, the Celtics have allowed at least 117 points in all three of their games out west so far. They let up a whopping 137 in a loss to the Utah Jazz and 117 in a win over the Portland Trail Blazers before allowing 117 again in Tuesday night's defeat.

Boston was dominated inside throughout the contest as the Lakers notched 66 points in the paint to the Celtics' 42. On top of that, the C's were outrebounded 63-41 and tallied only six second-chance points to L.A.'s 18.

With the second night of a back-to-back up next, they'll have their work cut out for them as they look to return to form defensively.

Looking for some Celtics positivity other than Tatum's performance? Robert Williams can help with that.

Time Lord was a highlight-reel machine, especially in the first half when he finished an alley-oop on Anthony Davis' head not once, but twice...

...and he was this close to doing it a third time.

He didn't finish but look how high Rob got 🤯 pic.twitter.com/xa0h9spkbT

Williams finished with 13 points and four rebounds in 15 minutes. Davis bounced back to put up 17 points and was a force on the boards with 16 rebounds, but Williams undoubtedly turned some heads with his dominance of the Lakers superstar early on.