Does One Player Hold the Key to the Red Sox' Playoff Fortunes?

With the door to the COVID penalty box finally swinging open, the Red Sox can envision a stretch run manned by their best players and not Triple-A filler and street free agents.

Those Triple-A filler and street free agents have kept the club afloat, mind you, and if the Sox make the playoffs, they'll have Jonathan Arauz and Jack Lopez in part to thank. But it's time for the team that opened the season to bring us home. 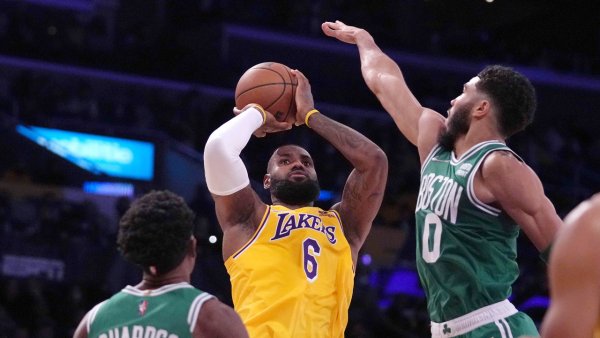 And as we await the return of veterans, it's now clear that one player holds the key to unlocking the rest of the roster: Kiké Hernández.

The Red Sox' outfield defense has been putrid for a while now, but that wasn't always the case. For three months, in fact, the Red Sox could legitimately stake a claim as the best defensive outfield in baseball with Verdugo in left, Hernández in center, and Hunter Renfroe in right.

"The way we play defense in the outfield is elite, put it that way," said manager Alex Cora in early July. "I know a lot of people had their doubts coming into the season, because we didn't have Mookie (Betts), Benny (Andrew Benintendi) and Jackie (Bradley Jr.), but these three guys are playing up there, they're playing elite defense.

"They throw to the right bases, they keep their throws down, their routes are great, the communication is outstanding, so defensively, we're one of the best outfields in the big leagues, if not the best."

Not anymore. With Hernández on the shelf and Kyle Schwarber needing at-bats somewhere, the Red Sox have seen the quality of their outfield defense disintegrate.

Verdugo is an above-average left fielder who has been worth an extra seven runs there, per Baseball Info Solutions. Put him in center, however, and he struggles, especially on balls hit over his head. According to BIS, if he played a full season in center, Verdugo would cost the Red Sox 23 runs.

His shortcomings were on full display on Sunday when he lost a Nelson Cruz fly ball in the sun, letting it clang off his glove for a three-base error.

Just how they drew it up!

Some pesky sunlight and a wayward throw, and the @RaysBaseball are no within two! #RaysUp pic.twitter.com/COK2Aseb2U

He then futilely leaped at the fence for Austin Meadows' drive leading off the ninth. When Renfroe failed to back him up and forced shortstop Jose Iglesias to range deep into center, Meadows came all the way around for the game-tying inside-the-park homer.

Austin Meadows ties it up with an inside-the-park home run! #RaysUp pic.twitter.com/f8ohAzyRNz

Now imagine an outfield with Hernández in center. Despite opening the season as the starting second baseman, he was 10 runs better than average in center, projecting to a plus-21 overall. Where Verdugo looks hesitant and lets the ball play him, Hernández attacks. He's blessed with a monster arm, too.

"I'll run through walls if I have to," Hernández said, "and people tend to love that."

It gets worse. Moving Verdugo out of left has put either Schwarber or regular designated hitter J.D. Martinez there, and the Red Sox have predictably suffered. Martinez provides diminished range and has periodically thrown to the wrong base, but his issues aren't so much defensive as offensive.

Schwarber may bring a welcome dimension offensively, where he's reaching base in nearly half of his plate appearances, but he's a man without a position. He has played seven games in left field and one of his misplays in Tampa last week effectively cost the Red Sox a game when he short-armed a ball near the fence.

Even Renfroe, who will earn Gold Glove consideration as the AL's assists leader, hasn't been immune to mistakes. In addition to failing to back up Verdugo on Meadows' homer, he also twice uncorked unnecessary throws to home plate that allowed runners to take an extra base. One of them, Cruz, ended up scoring the decisive run in the 10th.

Put Hernández back in center, however, and many of these problems go away, and that's before we even mention his offensive impact. At the time of his COVID diagnosis, he was the hottest hitter on the team, batting .300 with a .401 on base percentage and .937 OPS since the All-Star break.

The Red Sox desperately need him to return, and he could be in the lineup as soon as Tuesday. That's great news for a team that needs to stabilize its outfield defense as it makes this final postseason push.