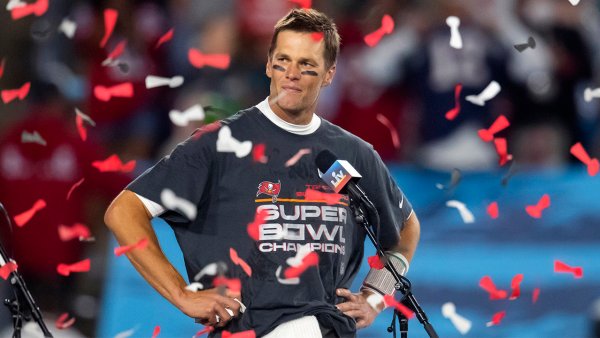 It all started when Edelman joined NFL Network's virtual Draft-A-Thon on Thursday night and Brady made a (not so?) innocent joke about the wide receiver coming out retirement to join him on the Tampa Bay Buccaneers.

"We know Julian didn’t retire. Let’s be honest," Brady said. "He’s just too scared to tell (Patriots head coach) Bill (Belichick) he wants to come to Tampa. I’ve been there."

Curran: Edelman is hanging them up with nothing left to prove

Brady's edgy remark sparked speculation about Edelman pulling a Rob Gronkowski and unretiring to sign with the Bucs. Former NFL punter Pat McAfee added to that speculation Friday on his radio show -- only to be shut down by Edelman himself Sunday on Twitter.

Ain’t going any where Bubs #foxboroforever

Edelman has used the #FoxboroForever liberally since announcing his retirement and owes his entire NFL career to the Patriots, who took a chance on the converted quarterback with a seventh-round pick in the 2009 NFL Draft.

So, perhaps Edelman really does feel loyalty to New England and is content ending his career as a Patriot. The 34-year-old also said recently that injuries forced him to call it quits, so all of this comeback talk might be a non-starter, anyway.

It certainly feels like Edelman is content stepping away from the game. But if he ever changes his mind, he'll need to be called on this tweet.