Year 1 without Tom Brady is not going well for the New England Patriots. 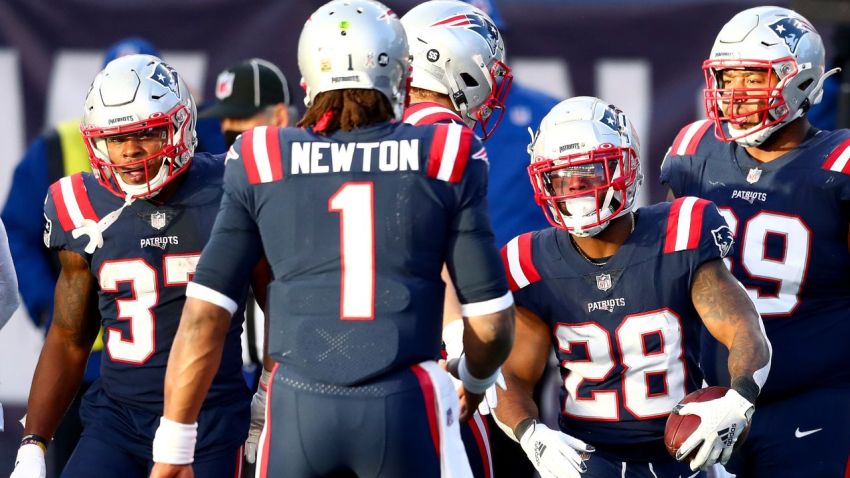 The Patriots have lost four consecutive games, dropping their record to 2-5 entering Week 9. New England sits in third place in the AFC East and tied for 12th place in the AFC standings overall.

Brady, meanwhile, is having a strong first season with the Tampa Bay Buccaneers. The 43-year-old quarterback was named the NFC Offensive Player of the Month for October, during which the Bucs went 3-1. They lead the NFC South division with a 6-2 record.

Brady was asked Thursday during his video press conference about the Patriots' 2-5 record. He wants the best for his former teammates.

"I have a lot of relationships with a lot of teammates. I wish everybody the best all the time," Brady said. "I don't ever wish for anyone to not to perform at their best. I certainly wish for our team to play its best. Maybe the only team I don't root for is the team we're playing on that particular Sunday.

"Other than that, it's just about us being the best we can be, working hard every day to put ourselves in a great position to be successful."

Patriots Talk Podcast: Did the Patriots blow it at the trade deadline? | Listen & subscribe | Watch on YouTube

The Patriots would probably have a better record if Brady was still on the team.

Cam Newton and Jarrett Stidham have failed to give the team consistent quality play at the QB position. Protecting the football has been especially difficult for these two quarterbacks, who have thrown a combined 10 interceptions. Brady threw nine or more interceptions in just one of his final six seasons in New England.

However, the Patriots have failed to surround their quarterbacks with good enough players at the skill positions. We saw that last season with Brady, too, as the Patriots offense struggled mightily over the second half of 2019 and the team finished 4-5 in its final nine games (including the playoffs).

Brady has a much more talented and deeper supporting cast in Tampa Bay, and it's clearly given him new life. He's completing 66.2 percent of his passes for 2,189 yards with 20 touchdowns and four interceptions in eight games.