Was the fourth quarter of Sunday's game against the San Francisco 49ers a sign of things to come? 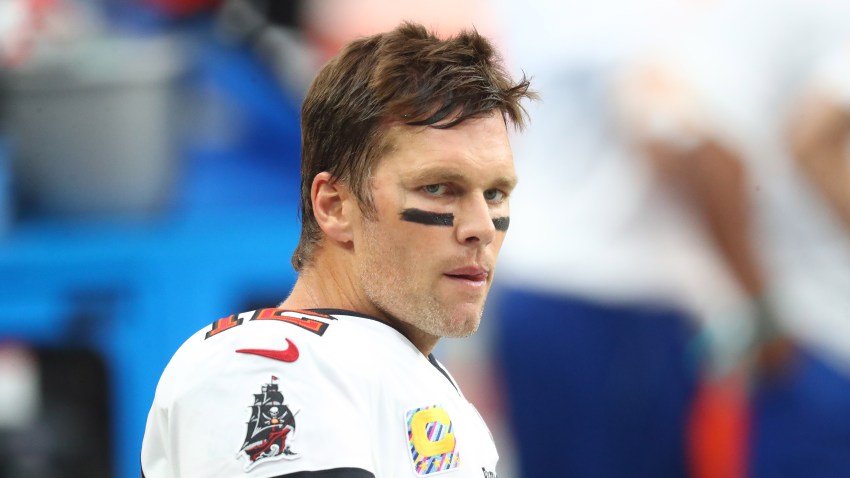 Newton has been abysmal since coming off the COVID-19 reserve list, totaling just 255 passing yards with zero touchdowns and five interceptions in his last two games, both Patriots defeats.

Curran: Cam Newton has a bad case of the yips, so now what?

But Belichick insisted Sunday night that Newton will remain the Patriots' starter, and he doubled down on that stance Monday.

"I think he's our best player there, so again there are other problems offensively," Belichick told WEEI's "Ordway, Merloni & Fauria" when asked why he's sticking with Newton. "There are things we need to do better and that is what we're going to work on.

"I think we have our best players out there. We just have to find a way to be more productive."

Some may argue the Patriots have a personnel problem on offense -- they're woefully thin at wide receiver and tight end -- but Belichick still views Newton as the best QB option ahead of Stidham (who's thrown three interceptions on 23 pass attempts this season) and third-stringer Brian Hoyer.

As for the speculation that Newton is still feeling ill effects of COVID-19 after testing positive earlier this month?

"I don't think so. We'd list him on the injury report if he was," Belichick told reporters Tuesday in a video conference. "I don't think he's had any symptoms the whole way."

Newton indeed has been asymptomatic since his Oct. 1 positive test. He did miss the team's Week 4 game against the Kansas City Chiefs and a week's worth of practices, so perhaps rust is playing a role in his poor performance.

Whatever the root cause of Newton's struggles, it's not enough for Belichick to bench his 31-year-old QB ahead of a must-win matchup with the Bills in Buffalo.