Social media is awash with photos of Jayson Tatum and Bradley Beal working out together as Team USA preps for the upcoming Olympics. The smiles seem to get wider in every new snapshot.

After Wednesday’s workout, Beal noted how he and Tatum have a “special relationship.” With each new Instagram post and Zoom soundbite, Celtics fans allow themselves to daydream a little bit more about the St. Louis buddies joining forces in green. 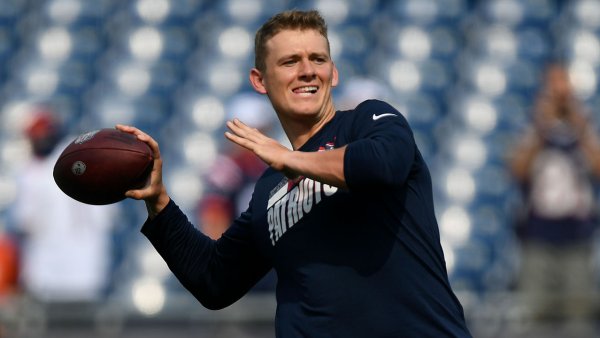 While the path to a Tatum/Beal duo in Boston is prickly, at least if speed is a motivating factor, there are now multiple viable avenues to making it a reality as early as the 2021-22 season.

We’ll temper this exercise by noting that Beal has insisted he’s committed to the Washington Wizards. But things change quickly in the NBA and if Tatum and Beal decide during this Olympic adventure that they truly want to pair up on the NBA stage then they can both force the issue.

Here are a couple of potential pathways to Tatum and Beal joining forces over the next 365 days:

Ripping a page out of the Anthony Davis playbook, Beal’s representatives could — sometime before the February NBA trade deadline — signal that Beal intends to opt out of the final year of his current pact and depart the Wizards in free agency.

In fear of losing an All-Star talent for nothing, Washington would have to explore all possible trade options and Beal could further force the Wizards' hand by essentially suggesting Boston is the only available trade candidate that he’s truly willing to re-sign with after the season.

Beal’s loyalty to Washington suggests this is an unlikely path. But even if he doesn’t go Full AD with the power play, the Wizards have to be aware that the possibility of him walking away after the season still exists and seriously ponder all trade options. Celtics president of basketball operations Brad Stevens needs to stay in Tommy Sheppard’s ear moving forward.

Boston could really force the issue by making Jaylen Brown available in any potential trade offer but there really isn’t any reason for the team to do that — especially because the Celtics truly view him as a pillar next to Tatum. In the aftermath of the Kemba Walker trade, Boston has positioned itself to add a third star without compromising that Tatum/Brown foundation.

The Celtics would instead offer packages that offer some combination of draft capital, young talent, and future financial flexibility. For example, Boston could build a package starting with something like three future first-round picks, some pick swaps, Al Horford (and his partially guaranteed 2022-23 salary), and Aaron Nesmith.

Depending on how Boston’s current offseason plays out, there could be other iterations like bundling picks, a re-signed Evan Fournier, and an extended Marcus Smart to make salaries match. The point here: Boston will have multiple ways to construct a deal.

Related: Should the Celtics extend Marcus Smart this summer?

The question, of course, is whether it’s worth sacrificing all that draft capital for a couple extra months of Beal’s services. That might hinge on how Boston is playing early in calendar year 2022. If Beal is the piece that could push Boston over the top — or if the Celtics are fizzling with their current group — then maybe there’s more pressure to strike early.

Beal could hit the free-agent market as early as the summer of 2022 if he declines his $36.4 million player option. He could have additional motivation because, with 10 years of experience after next season, he’ll be able to command an even heftier salary, though that could put additional stress on Boston to clear the cap space necessary to pursue him.

The Celtics currently have only $72.1 million in salary commitment for the 2022-23 season. Tatum and Brown's contracts represent the only fully guaranteed money while Horford has a partial guarantee. With some fiscal diligence this summer, Boston could put itself in position to have ample cash to chase a big-name free agent (Beal or otherwise).

The pain points: This path likely means moving on from both Smart and Fournier before the summer of 2022. The Celtics would have to find a way to get off Horford’s deal as well, which could cost draft picks. There could be other tough choices with younger players like Robert Williams, who would have an $11 million cap hold if not previously extended by that point.

Forsberg: The challenge C's face in signing a quality FA this summer

With potentially more than $100 million committed to a Tatum/Brown/Beal trio, Boston would be limited in its means to filling out a roster. Though, with that sort of talent, attracting title-chasing veterans on minimum contracts would get decidedly easier.

The bigger concern: A luxury tax bill that could explode with repeater penalties that Boston’s ownership wouldn’t desire to pay unless the Celtics were surefire title contenders (though new TV money coming down the road could ease that burden further down the line).

The Celtics could also just wait until the summer of 2023 to pursue Beal, assuming he picked up his final-year option. But at that point, you’re down to only one year remaining on Brown’s deal and the Celtics would still have to navigate the next two seasons with a focus on short-term deals that might hinder the team in building a contender in the interim.

Even growing up we've never been on the same team, ever. This is definitely exciting for both of us.

Beal on playing with Tatum on Team USA

Ultimately, it comes down to how badly Tatum and Beal want to play together. If they’re content to get their fix at the Olympics and All-Star weekend then maybe the Celtics turn their attention to another star to pair with the Tatum/Brown core.

But if Tatum and Beal want to play together, they can each put pressure on their respective teams. Tatum can use his rising star to implore Stevens and the front office to pursue Beal, especially if that’s the key to keeping Tatum in green even beyond his current pact. Beal can use his approaching free agency to help steer his way to Boston.

Until then, we’ll just keep overanalyzing every snapshot that comes out of the Team USA experience.