Breaking Down the Celtics' Final 8 Regular Season Games in Orlando

You knew when the NBA pushed the pause button on the season back in March that a return to action was going to be challenging for all teams.

For the Boston Celtics?

It doesn't really get much tougher than opening against the Milwaukee Bucks, owners of the best record in the NBA.

The Celtics (43-21) will look to finish out the regular season on a strong note and go into the playoffs with some momentum as one of 22 teams taking up residence on the Disneyland campus in Orlando, Fla.

Here's a look at Boston's remaining regular-season games, all of which can be seen on NBC Sports Boston:

KEY MATCHUP: Giannis Antetokounmpo vs Anybody: It really doesn't matter who or how many Boston Celtics are thrown out there to try and slow down Antetokounmpo. He's going to get his, regardless. In the two matchups this season, Antetokounmpo was defended by 10 defenders in each game, but still managed to average 27 points, 15.5 rebounds and six assists in the two games

X-FACTOR: Jayson Tatum: He was one of the top 10 players in the NBA prior to the pandemic, so a return to form would bode well for the Celtics' efforts towards a strong regular season finish and a deep postseason run.

STORYLINE TO WATCH: Kemba Walker's health. He was on the load management train when the season ended. So with more than four months since he played an organized game, Walker should feel quite spry once the games resume. 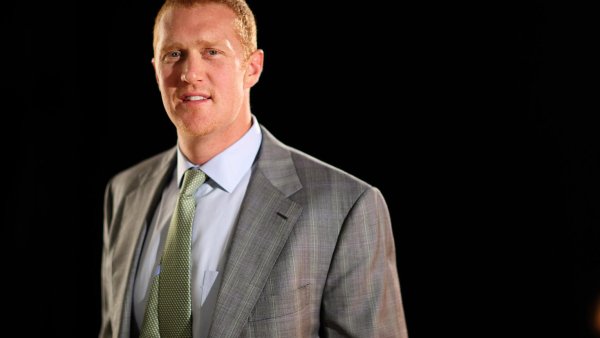 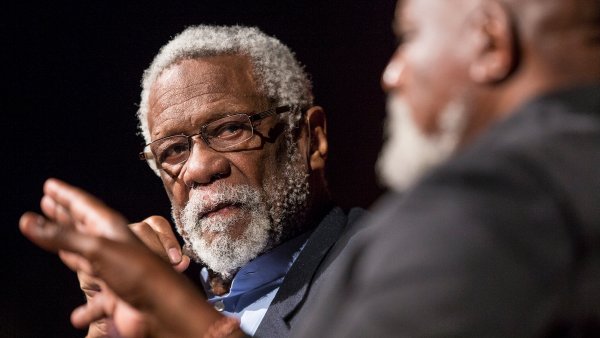 KEY MATCHUP: Kemba Walker vs Damian Lillard: Neither played when these two squared off on Feb. 25, a 118-106 Celtics win. With nine all-star appearances between them, both come into this home stretch of the season with something extra to prove. For Walker, it's a chance to close out the regular season with the most talented roster of teammates he has been with since coming into the NBA in 2011. For Lillard, this will be another top-notch matchup as he tries to lead the Blazers into what would be an improbable postseason push as one of the six teams on the outside of the playoff bubble, looking in.

X-FACTOR: Jayson Tatum: When he faced the Blazers without Walker, Tatum was as dominant a scorer as we've seen him this season. He led all players with 36 points on an efficient 14-for-22 shooting, one of the many games after the All-Star break in which Tatum's ascension into being more than just a good player, was on display for the world to see.

STORYLINE TO WATCH: The Blazers have been riddled with injuries most of this season, but the stoppage of play has allowed two of their top big men, Jusef Nurkic and Zach Collins, added time to heal. How the Celtics handle a much beefier Blazers front line compared to the one they saw back in February, will be worth keeping an eye on when these two meet.

KEY MATCHUP: Jayson Tatum vs Jimmy Butler: While Tatum will certainly get some help (Jaylen Brown, Marcus Smart, Gordon Hayward) when it comes to defending Butler, his best defense may very well be his much-improved offense. Each goes about impacting the game offensively in different ways, but the one who wins out will likely be the key to their respective team's chances of winning

X-FACTOR: Jaylen Brown: During their first meeting this season, Jaylen Brown went off for 31 points. He was just as big a problem for them in the second matchup, finishing that game with 25 points. His ability to continue defending at a good clip while scoring the way he did in the two previous meetings, will bode well for Boston's chances at success.

STORYLINE TO WATCH: Shot-making for years has been an issue for the Heat, and it certainly played out that way in the two matchups against Boston. If the Celtics defense continues to keep Miami rolling along the brick-paving road that we saw in the first two matchups this season, this will be another solid victory for the Green Team.

KEY MATCHUP: Caris LeVert vs Kemba Walker: Rest assured, Kemba Walker and the rest of the Celtics have not forgotten LeVert dropping 51 points on them back in March. And while he was giving just about every Celtics player buckets, no one got the brunt of that more than Walker. Payback of some sort has to be on the minds of Walker and company.

X-FACTOR: Daniel Theis' scoring and rebounding were major factors in Boston's lone win over the Nets this season. In that game, he had a near double-double of 14 points and eight rebounds (four offensive). His activity around the glass was instrumental in the Celtics' dominant performance rebounding the ball (see below).

STORYLINE TO WATCH: Rebounding is always something to keep close tabs on, obviously. But the contrast on the glass in Boston's lone win over the Nets this season (+17 rebounding edge) compared to the two losses in which they were out-rebounded by a combined 22 boards, speaks volumes to how important that particular aspect of the game will be in determining the outcome when these two face off in Orlando.

KEY MATCHUP: Kemba Walker vs Kyle Lowry: These two perennial All-Stars in the East played some of their best games of the season against one another, and this final regular season matchup between the two shouldn't disappoint. Lowry dropped 30 points on Walker and the Celtics in Toronto's lone victory in December. So minimizing his impact will be key for another Celtics win.

X-FACTOR: Jayson Tatum and Jaylen Brown: They pose the kind of 1-2 scoring threat that the Raptors had trouble with to some extent in all three of their regular season matchups. In Boston's first win over Toronto, they each had 25 points. And in the second matchup, a Celtics victory, they combined for 41 points, 15 rebounds and 10 assists

STORYLINE TO WATCH: The Raptors have arguably the toughest remaining schedule of any team in the bubble, which gives the Celtics a legit shot at overtaking them for the No. 2 seed in the East. For Boston, winning this game not only secures the tie-breaker but brings them one step closer to not even needing it to move past Toronto in the standings.

KEY MATCHUP: Daniel Theis vs Nikola Vucevic: While there may be others who garner the headlines when these two face off, Theis' ability to hold his own against Vucevic was huge when these two faced off back in February. Vucevic had a strong game with 17 points, 12 rebounds and four assists. But Theis gave Boston good production as well before finishing with 16 points, six rebounds and four assists in the Boston win.

X-FACTOR: Gordon Hayward: The Magic had matchup problems with Hayward in both of the regular season matchups. That allowed Hayward to finish with a pair of do-it-all kind of performances. In the first Celtics win, he had a double-double of 22 points and 14 rebounds with five assists. He followed that up in the next meeting with 23 points, seven boards and seven assists.

STORYLINE TO WATCH: The Magic are one of the last teams to get the 22-team invite. Combine their lack of success overall with their lack of success against the Celtics this season, and there's the potential for Boston to come out a bit flat in this one. Playing with a necessary edge will be a factor in Boston continuing on its successful ways against Orlando.

KEY MATCHUP: Kemba Walker vs Ja Morant: When these two faced off earlier this season, neither played particularly well. But for Morant, it was arguably his worst game in the NBA as he scored just two points. Walker (8 points, 2-for-9 shooting) wasn't much better. Both being healthy, look for a much better performance from both players in the bubble.

X-FACTOR: Enes Kanter: Scoring. Rebounding. Those are the two things you know more times than not, you can count on getting from Kanter. Coming off the Celtics bench, he was able to deliver on both fronts against the Grizzlies during Boston's 119-95 blowout win on Jan. 22. Kanter had a near double-double of 14 points and eight rebounds off the bench.

STORYLINE TO WATCH: Memphis has been an underdog of sorts all year, so why should things be any different in the bubble? Beating Boston would not only go far in their efforts towards locking up a playoff spot, but it would be a huge confidence boost for a team that was thoroughly outplayed the last time they saw the Celtics.

KEY MATCHUP:  Marcus Smart vs Ish Smith: Remember when it seemed every week there was a player having a career high scoring game against the Celtics? Washington's 99-94 win over Boston on Jan. 6 was a breakout game for veteran playmaker Ish Smith who sliced up the Celtics backcourt for a career-high 27 points. Look for Smart to spend a considerable amount of time on Smith when these two teams face off for the last time this season.

X-FACTOR: Bench play: Boston is the deeper team and that should come into play if the Celtics are to come away with a win that on paper at least, shouldn't be too difficult. When Boston defeated Washington 140-133 on Nov. 13, they did so with 40 points coming off the bench. Getting their reserves involved early and often will go far in Boston closing out the rebooted regular season, with a win.

STORYLINE TO WATCH: With this being the regular season finale and the Wizards most likely out of playoff contention at this point, will the Celtics rest core guys, limit their minutes or have them play close to their usual as a ramp-up for the playoffs? Regardless of whether the Celtics have their playoff spot locked up at this point, look for Brad Stevens to rest some of his veterans (Kemba Walker, Gordon Hayward, Enes Kanter) for this one which more likely than not, won't have any impact on the team's playoff position.