So here’s what I was thinking. The Patriots would come out Sunday against the Niners and stress them on the ground.

The offensive line was back and mostly intact and the running backs were fully healthy. 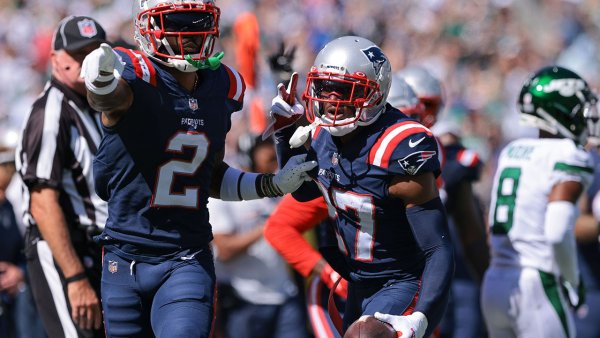 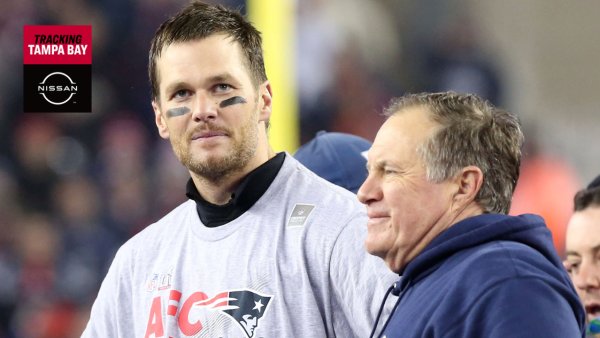 That, combined with the run-pass threat of a rested-up, practiced-up Cam Newton meant Josh McDaniels could open a can of creative whoop-bottom on a San Fran defense that’s still rocked by injuries.

Defensively? They’d be fine. All they had was George Kittle to worry about and taking care of him didn’t have to be a crisis with the reigning Defensive Player of the Year -- Stephon Gilmore -- at the team’s disposal.

What was I NOT thinking? That Newton would spend most of the first quarter undecided whether he wanted to poop or go blind (the Patriots’ first drive ended with Newton hitch-hitch-hitching throws on consecutive plays). That he’d harpoon their chances of keeping pace with San Fran by throwing picks and bounce passes. That the Patriots' best offensive play in the first 30 minutes came when Newton overshot Damiere Byrd on an easy throw down the sideline but picked up a chintzy roughing-the-passer call.

Also wasn’t thinking that the Patriots defense would get unapologetically gashed by Jimmy Garoppolo. That they’d be befuddled by a Kyle Shanahan offense that made New England try to defend every blade of plastic grass just like the Patriots used to. That they’d be able to walk through tackles like they did and – for the first time – shine a light on the personnel shortage at the linebacker level that the 2020 offseason brought about. That the secondary would have busts and get beaten and bullied.

There were no “mitigating factors” or “moral victories” here. The Patriots played a team that -- just like Denver last week -- crossed several time zones to show up and kick their ass.

The Patriots were 2-1 on October 2, the day Newton got his positive COVID-19 test back. In the 23 days since, they lost to the Chiefs, Broncos and Niners and had a bye week that wasn’t a bye week. Reeling? Yeah, they’re reeling.

It’s a unique week in Foxboro. The Patriots are staring down the barrel of a four-game losing streak. A lot of this column and this week’s speculation will be meta.

Who are they? What can they aspire to be? Are they this bad? If so, why so? What happens with Cam? Should they buy? Should they sell? Does Jarrett Stidham have an interceptions-thrown clause in his contract?

Within the team, the focus will be micro. Get a win. One win. And doing so will only be achieved by doing the thing right in front of you that you’re supposed to do. Failure to do so means 2-5. With the Ravens on the horizon.

Let’s be honest: The trade deadline ends up being a false holiday most years. We have a big countdown to the moves that may be made and then ... poof! Not much happens. With a sinking 2021 salary cap and teams perhaps wanting to horde depth because of COVID concerns, that may be even more the case this year.

But the Patriots are clearly in need of wideout help. Not just to get them to the playoffs, but to get through the season. With N’Keal Harry getting knocked out of the game with a head injury, Julian Edelman having another quiet game and Damiere Byrd catching just one pass, Jakobi Meyers moved to the head of the class, making four catches on six targets for 60 yards.

That’s not what you’re looking for.

The Patriots practically have no choice but to add. Unattached free agents will be an option. But the best way to get a player of some repute is with a deal.

The problem for the Patriots is that they aren’t particularly deep at any position where they could be sellers. So that means draft capital. And given that they set the market high at wideout last year by spending a second-rounder on Mohamed Sanu, the cost could sting.

Meanwhile, Newton was so bad on Sunday, you almost have to wonder whether any wideout would make a seismic difference in the team’s overall offensive performance.

There’s a good chance the team will figure it has to get better at what it’s demonstrated it can do well -- power runs, screens, using Newton in RPO plays -- rather than work to add a player who’ll ultimately have little overall impact.

So the Patriots are caught in a bind, knowing they don’t have enough at the spot while facing the tough truth that adding someone may not make much difference.

Is that Newton’s law? What goes up, must come down? I’m not even Googling because it works.

We got a little bit snookered by the first two weeks of Newton’s season. In Week 1, he ran 15 times for 75 yards and the Dolphins didn’t know what hit them. The next week, he threw like the guy with trash mechanics and shoulder problems never even existed.

The Raiders game was pedestrian but workable. The last two have been awful and a lack of practice wasn’t an excuse on Sunday.

Newton seems to be overthinking things and one of his answers Sunday night seemed to indicate that.

“I've just been pressing,” he said. “I don't think it's anything with mechanics. It's seeing the situation at hand and I caught myself just pressing too much. The energy has definitely been off for me and at times it's not rewarding when you're just going out there with this aura about yourself that's not you.

“I love playing this football game,” he continued. “I have fun playing this football game, but the performances here haven't been somewhat delightful for me to have fun in doing so. So I just got to be better. And a lot of things starts and stops at that position and I understand that. And I have put this team in a rut with the performances here, and yet just start over with Monday and see where it goes.”

Belichick made it very clear Newton would remain the starter. But bad quarterback play and turnovers are hard to overcome on a team that’s not brimming with offensive talent.

The positive energy he brought that was celebrated in August and September, the carefree attitude? The expectation now will be for an increased level of seriousness and urgency. There’s a reason Belichick earned the nickname “Doom” almost four decades ago. After three straight losses and a key division game this week, the atmosphere in Foxboro is going to be oppressive.

For Newton, a player who’s been at his best when he’s creating and taking matters into his own hands, the pressure to respond after Sunday’s benching -- and that was a benching -- is going to be extreme. How will he stop pressing when the pressure gets turned up even higher?

While Brady was ripping it up in a road game at Las Vegas on Sunday, throwing four more touchdowns to raise his 2020 total to 18 touchdowns and four picks, Newton was laboring through a 9-for-15, three-pick day. Over his past two games, he’s gone 26 for 40 with five picks and no touchdowns while throwing for a total of 255 yards.

Brady, albeit in seven games to Newton’s six, has more than twice as many passing yards as Newton (1,910 to 969) and has taken eight sacks compared to Newton’s 10.

If that’s unfair because Brady’s on a better team, well, the Bucs were 7-9 last year and the Patriots were 12-4.

Taking it a step further, if that is the case, why are the Patriots not a better team? Certainly opt-outs on both sides of the ball enter into it here in New England. But roster-building does too, especially on offense.

Since 2000, Belichick has been without Brady as his quarterback for 44 games (2000, two games in 2001, 2008, four games in 2016 and 2020). The Patriots are 21-23 in that span. Attach as many qualifiers as you like to either that record or the disparity between the Bucs and the Patriots this year but the common denominator is obvious.

The Patriots have scored two touchdowns in their past three games. One was the garbage-time touchdown from Jarrett Stidham to N’Keal Harry against the Chiefs. The other came in the fourth quarter last week, set up by a 38-yard Newton run. They’ve had four scoring drives of more than 50 yards since the Raiders game.

George Kittle had five catches for 55 yards. Reasonable output on paper for the league’s best tight end. But he did damage early with two catches for 29 yards in the first quarter. The second was a 14-yarder on third-and-11 when he was singled up with Stephon Gilmore and he still beat the corner on an out-route to the sideline by a decent margin.