Patriots Mailbag: Will Rhamondre Stevenson Have Key Role Vs. Bills?

Perry's Mailbag: Who will be MVP if Patriots beat Bills? originally appeared on NBC Sports Boston

The New England Patriots are on to Buffalo for a much-anticipated Wild Card matchup with the Bills. Before Saturday night's showdown, let's get to some of your hard-hitting mailbag questions.

If the Patriots win, who is the player that we will be talking about most? I think itâll be someone other than Mac Jones 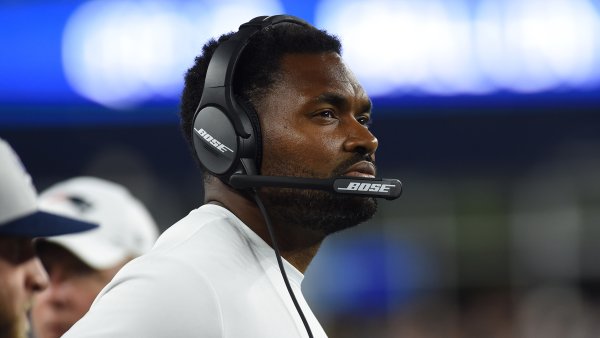 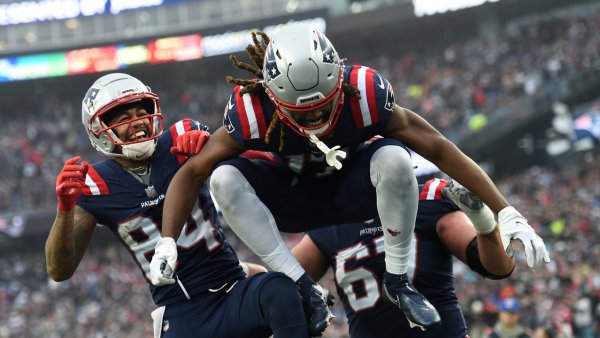 Good question, Pat. I'll go with Rhamondre Stevenson. If the Patriots win, it'll have to be a grind-it-out offensive performance led by an efficient running game. That may mean Damien Harris is the star. He ran for 5.7 yards per carry in the Week 16 matchup between the Patriots and Bills despite seeing eight-man boxes from the Buffalo defense on a regular basis.

But Stevenson has been dynamite with the ball in his hands lately. He only carried four times against the Dolphins while playing on a limited basis as he dealt with a head injury, but he ran for 8.5 yards per attempt. Against Jacksonville, he averaged 5.6 yards per attempt and two scores. He's forced five missed tackles in those two games. Harris, who continues to deal with a hamstring issue, has rushed for 3.6 yards per carry on 20 attempts over the last two weeks.

With the temperatures hovering around 0 degrees in Orchard Park on Saturday, and with the league's No. 1 pass defense in terms of DVOA on the opposite sideline, it would stand to reason that the Patriots' chances of advancing will hinge on their running-game production.

Could Mac ever be a top 4 QB in your mind?

Sure. Will it be tough for him to crack that top-five tier with Patrick Mahomes, Josh Allen, Justin Herbert, Joe Burrow and Dak Prescott in the league for the next decade or so? Yup. But great players have down seasons -- see Russell Wilson this year? -- and with the right mix around him, I'm not sure we know what Mac Jones' ceiling is.

There are folks who are talking about Joe Burrow being the MVP of the league. I wouldn't rule out a Burrow-esque season from Jones at some point. Physically, I don't think they're all that dissimilar. Their rookie-year efficiency numbers are very comparable. Again, it'll take a great mix of players around Jones. But he has good coaching on his side. He has what looks like it should be a relatively stable offensive line for the foreseeable future.

I wouldn't bet on him being a top-five guy soon. But he's already a top-15 guy, in my opinion. I think it's within the realm of possibility that he approaches the top-10 range next year. We'll see. A lot can happen between now and next January. Certainly if he continues to play the way he's played the last month of his rookie season, this conversation is moot. But I'd anticipate this is more a phase than who he is as a player over the long haul.

If Wynn is out for the Wild Card on Saturday, who plays LT? Shift Trent Brown over and Onwenu to RT? Or would they tap a reserve player into the spot protecting Macâs blindside?

Who will be the Patriots biggest playoff surprise player? Which would benefit Mac the most next season, a WR1 or a stud OT?

Let's take it one week at a time, SE, and I'll say... Justin Herron? There's a chance he ends up as the team's starting left tackle if Isaiah Wynn (questionable, ankle/hip) can't play. I was curious this week as to whether or not Trent Brown may flip over to the left side of the line, allowing Mike Onwenu to play on the right side, but I'm not sure that's the path they'll take.

Brown hasn't practiced at left tackle since OTAs, and Onwenu hasn't played left tackle as a pro. Herron was Wynn's replacement in real-time in Miami, and I think he may be the answer in the starting lineup if Wynn is out. Herron will have his hands full if that's the case. The Bills racked up 19 sacks in the last month of the season.

I'd like to get a look at what linebacker Cam McGrone can do next year. Both Ja'Whaun Bentley and Dont'a Hightower are in contract years so there could be an opportunity available to him. The only reason he's been MIA is because he's recovering from injury. There's plenty of athleticism there, and he hails from a Michigan system that has some similarities to the one used in New England.

Shaun Wade could be in a similar boat next year, too. JC Jackson isn't under contract. Even if Jackson is brought back on the franchise tag or a long-term deal, the Patriots will likely be looking for corner help. Wade is an intriguing prospect who hasn't been able to work his way in as a defensive regular. But I wouldn't give up on him going into Year 2.

Given the lack of quality depth at outside corner on the team do you think they tag or sign JCJ to a long term deal? If they donât do you think Sauce Gardner makes it into the 20s?

My guess is the tag, John. Unless the team finds that it's prohibitive because of the cost. Not sure yet on Sauce, though I think it's possible. Seems to be quality depth at corner this year, and it may be a choose-your-flavor situation for teams in need. With a half-a-dozen or so first-round talents, potentially, there's a chance a good player slips.

Do you think Bill adjusts the Gillette defensive game plan against the Bills by trying to not let Allen get comfortable Early with RB swings & short sit downs in the middle? And yes, accept the risk of Allen hitting Diggs deep in severe cold.

I don't think the Patriots will want to open themselves up to deep shots early in the game. They'll want to get a sense of how the passing game is functioning before getting overly aggressive. But you're right. The Bills killed the Patriots with shorter throws early in Week 16, partly thanks to some very deep drops from Patriots linebackers and some poor tackling once defenders rallied to Buffalo ball-carriers.

If the Patriots can put a little more heat on Josh Allen than they did at Gillette Stadium, he'll have to get the ball out more quickly. And if the Patriots play a little more aggressively at the second level, that could lead to some tighter-window throws. But it's a complicated dance, right? Because the Patriots will have to do all of that while also accounting for Allen's legs and not getting too aggressive up front, thereby leaving him room to scramble for chunk gains. Strong bull-rushes with some aggressive zone coverage -- the Patriots gave up some key gains in man in Week 16, on Allen scrambles and completions -- could be the answer.

Where does this team go for a legit WR for 2022?My feeling all along is Chris Godwin is the perfect type of WR for this offense.I know he has an ACL and probably goes back to TB but a receiver in his mold would work.Any others?

My initial thought? Hope you hit on one in the draft. The Patriots have far less dough to play with this year than they did last year. And Nelson Agholor and Kendrick Bourne remain under contract. Jakobi Meyers will be a restricted free agent. There just may not be enough money to go around to add a big-name free-agent piece. Never say never, but a rookie might be their best bet to get an impact receiver if that's what they're looking for.

Draft question- do you think the Pats would take a later round flyer on either Alabama WR Williams or Metchie? If they are available say in the 4th, I think that Iâd take a gamble.

I think Williams could still be a first-round pick even with his injury. He's that talented. Metchie may be a Day 2 option, but I'm not sure he'll be there in the fourth. Chatted with 'Bama beat man extraordinaire Mike Rodak last week about Metchie's potential fit in New England.

Pats always pull out a few new plays in the playoffs, any guesses Phil?

Wouldn't be surprised to see a double-pass or a flea-flicker this week. Not at all. The Patriots tried to get a flea-flicker to work in Week 16 against the Bills. It was blown up when Jonnu Smith lost control of his block and was called for a holding penalty. They probably have another one or two up their sleeves for this week.

The pats didnt do a lot of no huddle this year. For the purpose of starting fast and having a pep in their step to begin the game, could you see them begin the game in a no huddle offense?

They're built on a clock-control, shorten-the-game-when-we-can type of approach. As slow as their starts have been, not sure they're going to rush into a no-huddle attack here. If they do, it'll be indicative of just how willing they are to push any button and pull any lever in order to change their early-game results.

Let's go rapid fire on the next few...

Not hell, necessarily. Not heaven, either. I defer to my guy Miguel Benzan.

What does Macâs stat line need to read at the end of the game for the Pats to win Saturday?

Zero picks. Zero fumbles. That will keep them in it.

Why is Big Mike not getting the playing time he deserves? Herron replaced Wynn when he went down. Big Mike is better than both Wynn and Herron.

How many yards will Joejuan Williams give up

He was targeted on his second snap against the Bills in Week 13. Would've been in coverage for a long touchdown had it not been for a Stefon Diggs drop.

Could Creâ Von LeBlanc get a p-squad elevation for Saturday?

How much do you decrease the percentage chance of a Patriots victory if Duggar canât go?

How big is the mailbag and is it capable of carrying anything other than mail?

It's as big as the internet will allow. Massive. Massive bag.

Will the Bills punt this weekend?

They went a stretch of eight possessions against the Jets where they punted seven times. I know what happened at Gillette a few weeks ago. Punts are coming.

How would you improve this pass catching unit (if at all) in the offseason if you called the shots?

I'd take a Day 2 wideout in the draft. They don't have a ton of dough to play with in free agency and there may be more pressing needs.

How much stock can we take into Mac Jonesâ performance this year with the underwhelming WR options and their inability to separate from coverage?

Talked about this quite a bit with Kurt Warner on Next Pats.

Any chance Wilkerson gets elevated to the active roster again and/or will Harry be a healthy scratch again.

I'd say there's a chance. See the LeBlanc answer above.

Depends on who's around. But in the spirit of maximizing your rookie quarterback as early into his career as possible, it should be a consideration early. I think corner might be more pressing for the immediate future of this team, but you could argue wideout is worth it on Day 1.

Do u see the #Patriots drafting BOTH Alabama WR if they declare in John Metchie & Slade Bolden??

That would be kinda fun. And I could see it.

Has anyone ever told you that you look like Tom Giles?

I've peaked. Good time to shut it down. Enjoy the game this weekend, friends. And thanks as always for adding to the Bag.