Right from the start, the Bills dominated in all three phases en route to a 47-17 win to end the Patriots' season. It's the second-largest defeat in Patriots playoff history (post-AFL/NFL merger). Super Bowl XX remains the most lopsided postseason loss for New England.

Bills quarterback Josh Allen was the star of the game with five touchdown passes. He threw nine touchdowns and zero interceptions in three matchups versus the Patriots this season.

Buffalo will travel to Kansas City to play the No. 2 seed Chiefs in next week's AFC Divisional Round. It's a rematch of last year's AFC Championship Game. 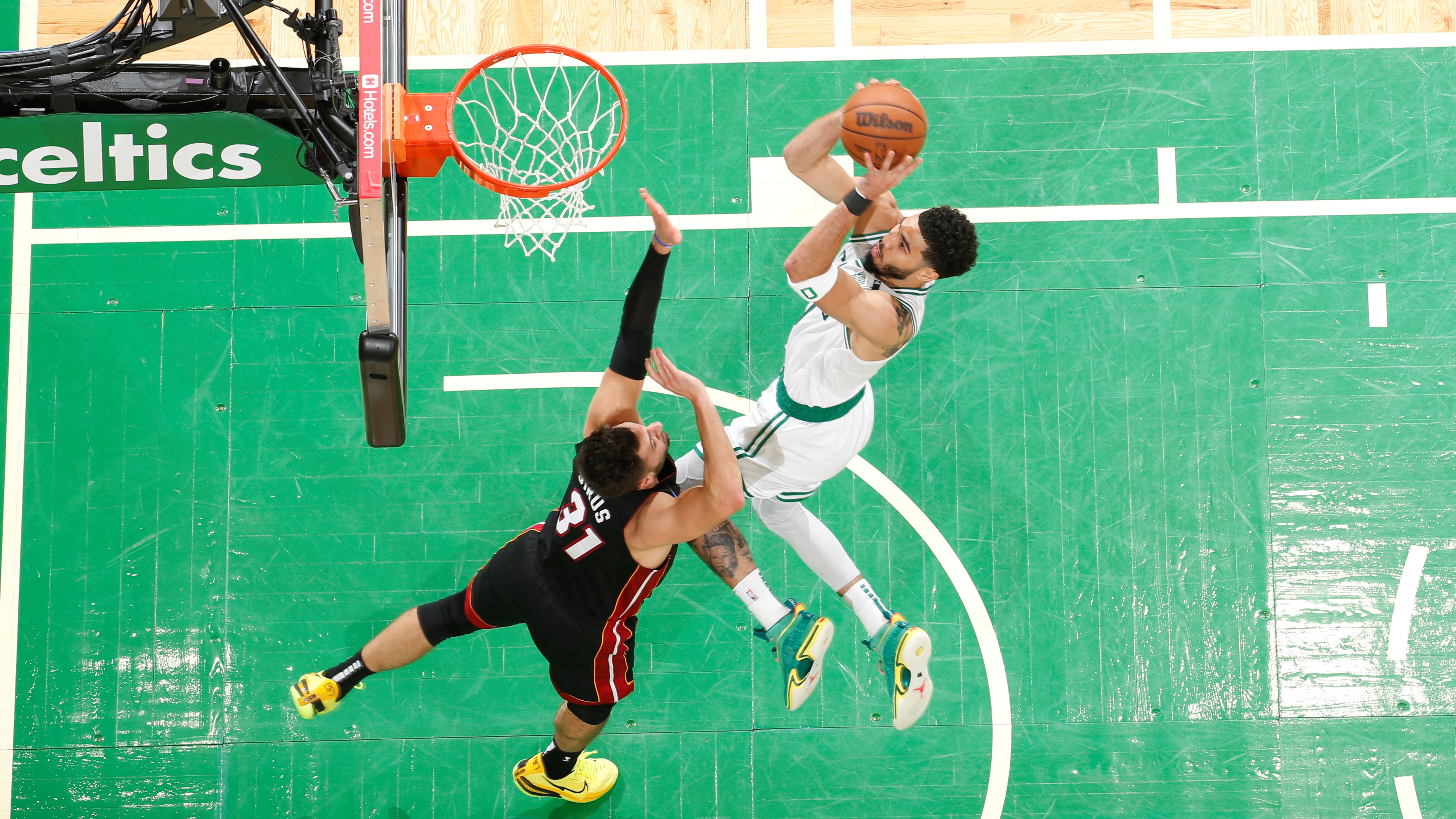 Here are four takeaways from Patriots-Bills.

The Patriots kept putting themselves in an early hole late in the season, and you can't expect to win many games in that fashion. The Bills scored a touchdown on both of their first-quarter drives. New England's defense provided little resistance as Buffalo quarterback Josh Allen shredded it with a pair of touchdown passes.

The Bills led 14-0 after 15 minutes. It represented the fourth time in the last five games that the Patriots trailed entering the second quarter. They were outscored 52-7 in the first quarter during that five-game span.

But wait, there are more ugly stats regarding New England's sluggish starts over the last month:

The Patriots don't have a high-powered offense capable of erasing large deficits. The defense needed to step up and keep the score close early, but it failed mightily in that regard over the last five games.

New England finished the season 8-1 when scoring first and 2-7 when they didn't score in the first quarter.

One of the strengths of this Patriots team for most of the season was its defense -- a unit that allowed the second-fewest points and fourth-fewest yards in the league. But you probably wouldn't know that if you just watched the Patriots play over the last five games.

This defense gave up a league-best 15.38 points per game entering its Week 14 bye. The Patriots allowed an average of 27.2 points per game over the last five weeks of the season.

The linebackers were too slow and unathletic, while the secondary lacked sufficient coverage skills and depth. Patriots cornerback J.C. Jackson had a great year and was deservingly selected to the All-Pro second team, but Bills wide receiver Stefon Diggs has his number and proved it again this year.

Another huge issue for the Patriots defense was it just couldn't get stops in key situations. For example, the Bills were 6-of-7 on third down and became the first team in the Super Bowl era to score a touchdown on their first seven drives of a playoff game Saturday night.

The Bills have punted zero times in their last two games versus the Patriots.

The Patriots won seven consecutive games in the middle of the season with a strong run game and a great defense that forced a lot of turnovers. The defense's massive dip in performance was the biggest factor in New England's decline over the last five games, including Saturday night's rout.

The Bills are riding a five-game win streak and superstar quarterback Josh Allen is playing like an MVP. He was absolutely sensational against the Patriots, completing 21 of 25 pass attempts for 308 yards with five touchdowns and zero interceptions. He also made plays with his legs, picking up 66 yards on six carries.

It was one of the most dominant playoff performances from a quarterback over the last 25 years.

Bill Belichick's defense just had no answers for Allen, who also carved up the Patriots in the Bills' Week 16 victory at Gillette Stadium. Not only is Allen an accurate passer, he has enough athleticism to escape pressure and the size/strength to ward off tackles.

How do you defend a QB who moves like this?

Allen was the primary reason why the Bills were the third-highest scoring team during the regular season, and even though the Kansas City Chiefs defense improved mightily over the second half of the year, it's hard to imagine that unit slowing down this Bills offense next weekend. The Bills are a confident group, and it wouldn't be surprising at all if Allen leads them to Super Bowl LVI.

History is on their side...

Sure, this was a pretty disappointing way for the Patriots' season to end, but overall it was a very positive year for the franchise.

For starters, the development of first-round draft pick Mac Jones was an encouraging. He was the top rookie quarterback in the league and showed great accuracy and poise through the campaign. Rookie Rhamondre Stevenson and veteran Damien Harris formed one of the top running back duos in the league. Rookie defensive tackle Christian Barmore played a key role and ranks as one of the biggest steals of the 2021 draft.

There are plenty of question marks, too, as well as roster holes to fill. Jackson's free agency is a huge storyline, and it's vitally important the Patriots bring him back. The offense needs another playmaker at wide receiver.

The Patriots made great improvement on both sides of the ball following a disastrous 2020 season. They found their quarterback of the future and added a bunch of quality players through the draft and free agency. There's a good foundation in place, and now it's up to Belichick and his staff to find the right pieces in the offseason to get this team to the next level.