Turns out the perfect antidote for a struggling New England Patriots team is the New York Jets.

The Patriots cruised to a 54-13 blowout win over the Jets at Gillette Stadium on Sunday, improving to 3-4 on the season and snapping a four-game losing streak in Foxboro.

New England had a 17-0 lead early in the second quarter when New York rookie quarterback Zach Wilson exited the game with a right leg injury and didn't return.

While it's hard to read too much into a victory over a hapless Jets team that lost its starting QB early in the contest, the Patriots took several steps in the right direction in Sunday's massive victory, their first 50-point performance since the 2015 season.

The Patriots had yet to score 30 points or more in 2021 entering Sunday, but some inventive play-calling and solid execution helped change that by the second quarter.

New England came out firing with touchdown drives of 65 and 53 yards in the first quarter, the first of which ended with some Josh McDaniels trickery: a 25-yard strike from Kendrick Bourne to fellow wide receiver Nelson Agholor.

Jones threw two more touchdown passes to tight end Hunter Henry and running back Brandon Bolden to give the Patriots 31 by halftime, their highest first-half output of the post-Tom Brady era. His bomb to Bourne early in the fourth quarter also gave him his first 300-yard performance of his young NFL career.

Jones and Co. did what they were supposed to do against a bottom-10 NFL defense. But the Patriots now have scored at least 25 points in three consecutive games, a sign that they're starting to put the pieces together on offense with Jones under center.

If Harris can stay healthy, he might start rewriting some Patriots record books in the near future.

Fresh off an 18-carry, 101 rush-yard, two-total-touchdowns performance against the Dallas Cowboys in Week 6, the third-year running back delivered an even better performance Sunday in Foxboro: 14 carries for 106 yards and a pair of rushing TDs.

Harris is the first Patriots running back with back-to-back 100-yard games in the regular season since LeGarrette Blount more than five years ago.

Credit also goes to New England's offensive line, which gave Harris huge running lanes and helped J.J. Taylor score his first NFL touchdown. But if Harris can continue his success on the ground, it should only help the development of Jones, who has excelled on play-action passes this season.

This defense probably wouldn't mind playing the Jets every week.

After getting lit up by Dak Prescott and the Cowboys last Sunday, the Patriots' back line held firm against Wilson and his backup, Mike White.

Despite playing without starting slot cornerback Jonathan Jones, New England's secondary kept the Jets' passing attack mostly in check with 253 total yards, one passing touchdown and a pair of interceptions.

A good chunk of those passing yards came in garbage time, while cornerback J.C. Jackson and safety Kyle Dugger both made athletic plays to pick off White in the third quarter and keep the Jets at arm's length.

The real test for this unit will come next week against Justin Herbert and the Los Angeles Chargers, but this had to be a nice confidence-booster for a much-maligned group. 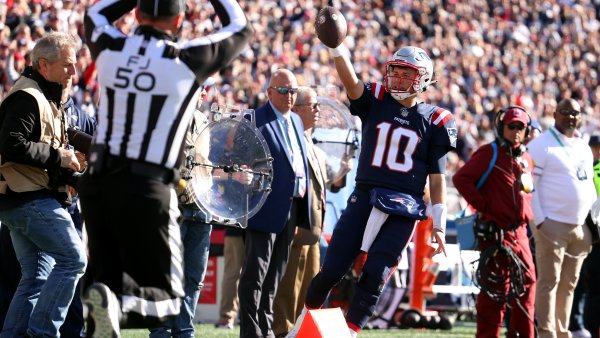 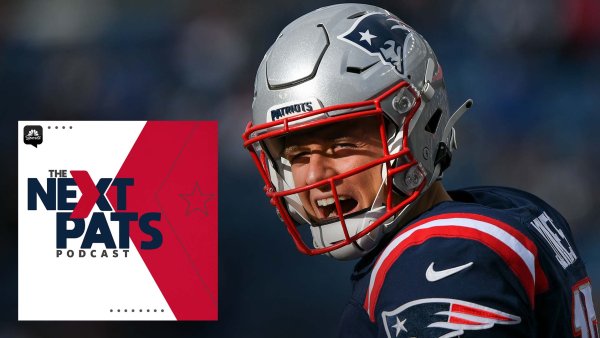 Kurt Warner: Mac Jones Could Give Patriots a Chance to Win a Lot for a LONG Time