Curran: Ranking every starting QB the Pats will oppose in 2021 originally appeared on NBC Sports Boston

Nothing better proves the cliché that the NFL is a “quarterback-driven league” than everyone’s inner dialogue when the league revealed its 2021 schedule. 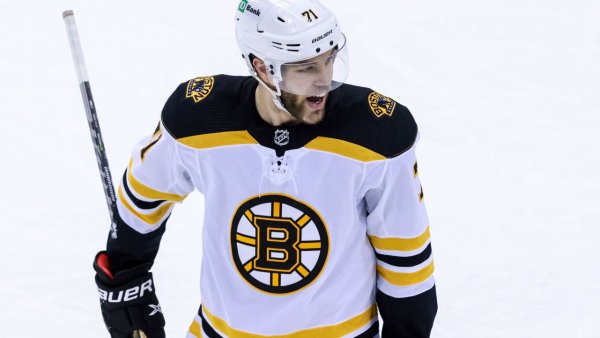 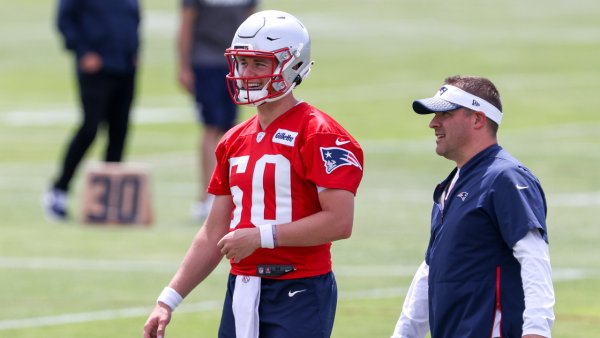 Be honest. You think Browns, you think Baker Mayfield. The relative relevance of the Jaguars only rises if Trevor Lawrence is who we thought he was. The Saints? Just not the SAINTS without Drew Brees.

It’s no doubt the same for the rest of the NFL when it now looks at the Patriots as an upcoming opponent. Cam Newton? Ohhhhh! Scary.

That being the case and with our mandate to explore every possible schedule angle that exists, we will now rank the challenges posed by the 14 different starting quarterbacks the Patriots will face. I know. Some of these guys are going to be unavailable because of injury. Some of them may not even be with their teams because either A) they no longer want to be or B) they got traded (Watson, Deshaun).

But we soldier on in the face of that adversity and cobble together the list despite those challenges.

We’ll list them easiest quarterback to deal with to most difficult.

The Jets simply arrived at the decision that Wilson was their guy and never seemed to even get an ounce of resistance on that. Either nobody gives a single poop what the Jets do anymore (possible) or everyone’s on board with Wilson being the second-best quarterback in the draft (probable). To which I continue to ask … WHY??? He threw 11 TDs and nine picks in 2019 and this year, against a murderer’s row of opponents like Troy State, Louisiana Tech and University of Texas (San Antonio) during a pandemic he threw 33 TDs and three picks. He’s got a great arm. He’s a very good athlete. He’s gonna be over his tiny little head.

Jameis will throw you some. In 2019, he led the NFL in attempts (626), yards (5,109) and interceptions (30). It was the first time this century some threw 30 picks and the most picks thrown by anyone since Vinny Testaverde threw 35 in 1988. Maybe Jameis will have a career with an arc similar to Vinny T’s. Bad early. Really pretty good later on. Until he proves otherwise, though, Winston is a liability.

As with Winston, I’m basing this off the impression most recently given. And what Wentz did with the Eagles last year was mind-bogglingly bad. He tied for the league lead with 15 picks and he got that done in just 12 games while completing 57.4 percent of his passes after completing 70 percent in 2018.

2021 Patriots Schedule: Ranking games from most to least intriguing

Maybe this reunion with former offensive coordinator Frank Reich can bring him out of his swan dive. If not, the rise and fall of Wentz will be one of the more puzzling quarterback gone bad stories of recent vintage.

I love the bookend Miami games to start and finish the season. In part because, by the end of his second season, we’ll have a better read on what Tua may actually become. By the numbers, Tagovailoa had a very positive start to his NFL career in 2020. Coming in for Ryan Fitzpatrick, he threw 11 TDs, five picks, completed 64 percent of his passes and Miami was 6-3. So he was accurate and mostly took care of the ball. The number that jumps off the page, though? Sacks. He took 20, including a six-sack game against Denver and 10 in his last four games. I don’t want to say he played scared. But he played cautious. Against the Patriots he was 20 for 26 for 145 yards. That’s miniscule YPA. Until he gets more confidence, he’s going to remain a modest threat at best.

Cast out by the Jets to fend for himself in Carolina, Darnold remains – in my opinion – as talented as all of the players we’ve already mentioned. He was abysmal last season with nine TDs and 11 picks. He took 35 sacks in 12 starts. But the Panthers at least have Christian McCaffrey and Robby Anderson and added LSU wideout Terrace Marshall. Darnold should not be as bad as he’s been. I think the change of scenery is going to make a massive change.

I could be way off on this. Matt Ryan with Kyle Pitts, Julio Jones, Calvin Ridley and Hayden Hurst surrounding him? And I have Ryan as a less imposing threat than Trevor Lawrence? I do. Because I think that, despite all the numbers and the Pro Bowls and the years running that team, Matt Ryan always finds a way to blow things. And that’s not just SB51. That’s his M.O. So here he is, at 36, middle-of-the-road Matt.

The kid threw 90 touchdowns and 15 picks in three years at Clemson and completed 70 percent of his passes last year with a 9.4 YPA. He’s got some talent to throw to with D.J. Chark and the newly-added Marvin Jones. There are plenty of running backs in the stable to keep the heat off of him. I think he’s going to surprise people with how good he is early. Patriots included (albeit in January of 2022).

Mayfield made a huge leap last year, cutting his picks down to just nine from 21 in 2019. The Browns have also retooled around Mayfield so that there’s not too much on him to carry the offense solo. Mayfield had more than 30 attempts just twice before December began. In four or his final five games, he was over 30 attempts and the Browns went 3-2. He’s kind of underrated.

Remember when the Cowboys visited the Patriots in 2019. Prescott gave as uninspired a performance as I can recently recall from an alleged elite, going 19-for-33 for 212 yards with a cement-headed pick early in the game. It’s plays like that and Dallas’ years long insistence on living in mediocrity that I look at Prescott as a challenge Bill Belichick relishes facing.

Tannehill had the best season of his career in 2020 with 33 TDs and seven picks. He will be making a transition this year with offensive coordinator Arthur Smith now in charge of the Falcons. The loss of tight end Jonnu Smith to the Patriots will also sting. But Tannehill – even when he was in Miami – had a knack for playing well against New England and I’d suspect he’ll be a problem that week.

I love that the NFL put off the Bills-Patriots games until late in the season and then practically made them a home-and-home series. Josh Allen is … a handful. Last year’s improvement was fairly absurd.

Bean: When Mac Jones could start based off Pats' 2021 schedule

To go from 20 TDs and nine picks in 2019 to 37-10 in 2020 is a major leap and speaks to his maturation as a passer rather than a runner who can throw. With the array of offensive talent, Allen’s skill and aggressiveness and Brian Daboll at OC, Allen is tough to deal with.

For Herbert to accomplish what he did as a rookie with the abbreviated camp, no preseason and every other hoop to jump through was remarkable. He threw for 4,336, completing 66.6 percent of his passes with 31 TDs and seven picks. Beyond that, he ran for five touchdowns. All that with one of the most seemingly disorganized teams I can recall seeing. The Patriots made Herbert look bad last year. I don’t think they do it again.

Even before Watson was accused of sexual misconduct by a fleet of massage therapists, the Texans franchise quarterback was making it very clear he wasn’t playing for the Texans anymore.

So even if he doesn’t get disciplined by the league, chances are he still may not be playing for Houston this year. Until that’s a fact, we’ll presume he’s the player the Patriots will deal with. And so far, they’ve dealt with him poorly every time they’ve seen him.

He’s the greatest quarterback of all-time. He’s gone against Bill Belichick’s defenses for 20 years. He knows how every single player of note on the New England defense plays. And thinks. Think they’re going to confuse him? The only hope for the Patriots is that he’s too amped up.