It would appear Stephon Gilmore had decidedly different experiences with the Patriots coach and owner, respectively.

Stephon Gilmore had the unique chance to face his former employers just a month after he was stunningly traded.

The Carolina Panthers cornerback had an interception in his first game against the New England Patriots Sunday, one of the only bright spots for his new team in a 24-6 loss to the Patriots.

Gilmore said afterwards that it was just another game for him, despite his acrimonious departure -- not to mention his comments earlier this week that he had "a lot of extra motivation" for this game. That didn't take away from his interactions with his former teammates, but what about Bill Belichick or Robert Kraft?

It would appear Gilmore had decidedly different experiences with the coach and owner, respectively.

"RKK has always been good to me," said Gilmore, who shared a hug with Kraft prior to the game. "He gave me a great opportunity as a younger player, I always appreciate him."

"I didn't talk to him after, I didn't see him," Gilmore said. "But I talked to my old teammates, like I said we have our relationship beyond football."

Gilmore, who won Super Bowl LIII in New England and was named Defensive Player of the Year the following season, now has interceptions in each of his first two games as a member of the Panthers. But his new team is trending in the wrong direction, now at 4-5 after a 3-0 start, while the Patriots are suddenly surging at 5-4 after a 1-3 stretch to begin the season. 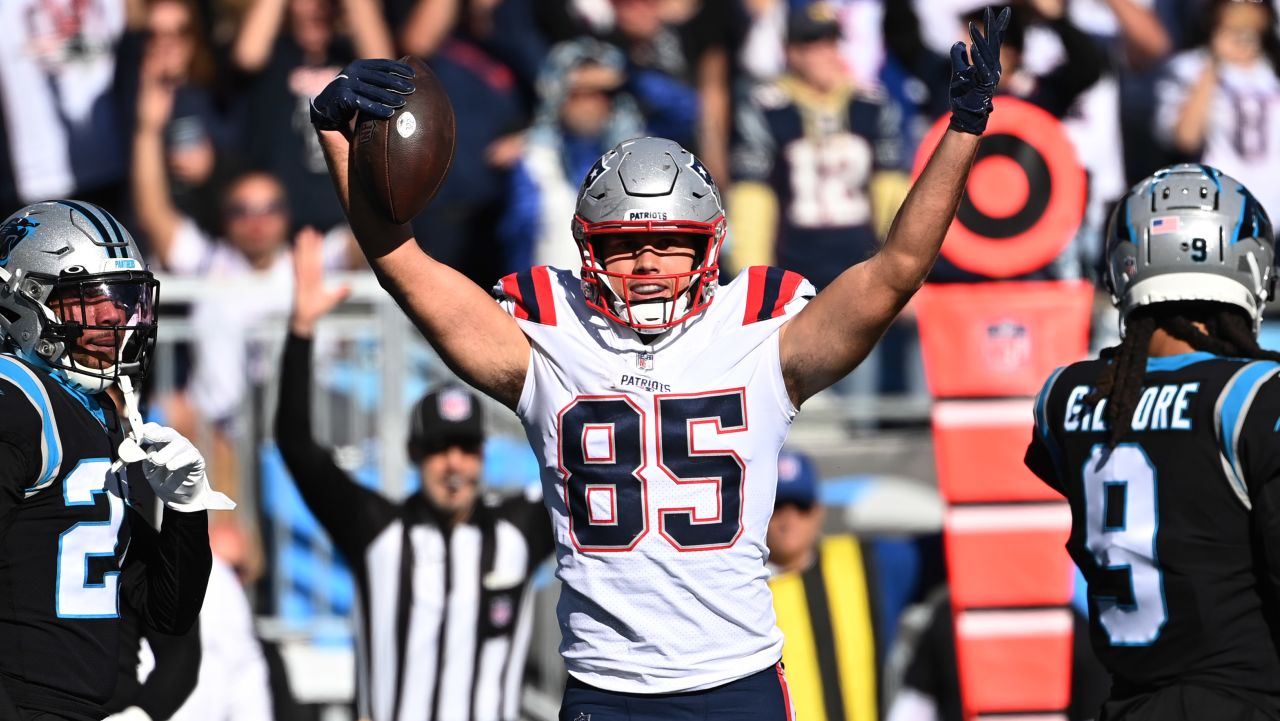