The Patriots Rookie Not Named Mac Jones to Watch This Preseason

You remember Mike Cloud. Of course you do. Same goes for Tyler Gaffney, Ralph Webb and probably even Nick Brossette.

All of them ranked among the NFL's preseason leaders in rushing yardage at different points over the last two decades. None ended up playing key roles for the Patriots after their productive Augusts. Yet you remember.

That reality leads us toward the answer to this week's pre-training camp question: The rookie not named Mac Jones who will have the most impressive, most memorable preseason for the Patriots this summer will be... Rhamondre Stevenson.

Perry: How Kyle Dugger can be a game-changer in Year 2 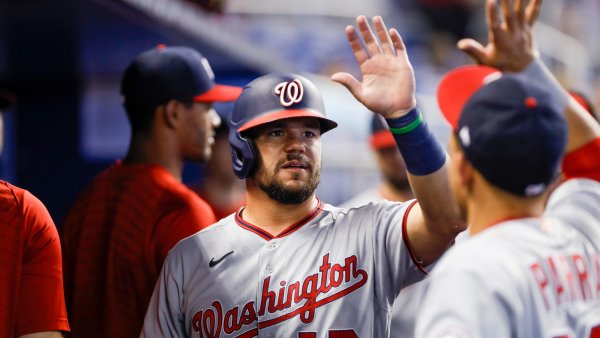 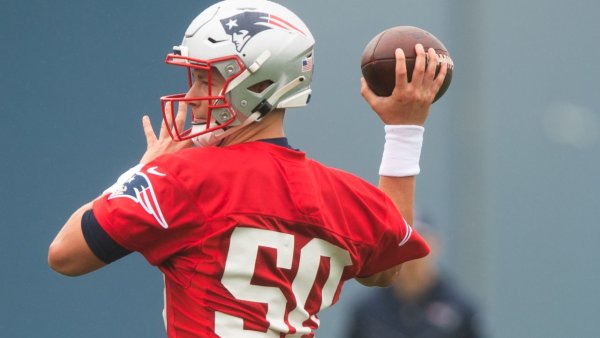 Why? He's a young running back. Young backs tend to touch the ball this time of year. A lot. Touches lead to highlights. Touches lead to numbers. Touches create opportunities for onlookers to be impressed by the team's newest additions.

This year, Stevenson is the obvious choice to be the beneficiary of those opportunities. For a defensive tackle like Christian Barmore or an outside linebacker like Ronnie Perkins, those chances to shine will simply be fewer and farther between.

That's not to say Stevenson will experience the same fate as the not-so-long-tenured Patriots backs listed above. He's not destined for the roster bubble. The fourth-round selection out of Oklahoma was drafted to make the team.

Instead, Stevenson may walk a path similar to that of Stevan Ridley or BenJarvus Green-Ellis -- both of whom eventually turned productive preseasons into productive regular seasons. It just may not happen right away.

Damien Harris should be first in line to get the bulk of the running back workload when the regular season rolls around. Sony Michel remains on the roster and would be next in line for early-down work. James White is locked in as the third-down back after re-signing this offseason. J.J. Taylor could end up serving in the jack-of-all-trades role Bill Belichick has long liked to keep in his running back room.

Related: Don't be surprised if Taylor 'pops' in training camp

But in the preseason? As the Patriots try to get their rookie runner up to speed and try to keep both Harris and Michel healthy? Stevenson could be a summer star.

And depending on how he performs, the 230-pounder with a nifty spin move could work his way up the depth chart, forcing Belichick to make a difficult roster decision.

There's plenty of overlap between what Stevenson, Harris and Michel bring to the table as sturdy between-the-tackles runners. Michel and Harris made for a nice complementary duo last season where one replaced the other when an injury popped up.

But if Stevenson plays well enough in camp, perhaps Michel would become a candidate to be dealt. He was denied his fifth-year option and is headed into the last year of his rookie contract.

Before Stevenson can supplant a veteran, though, he'll have to impress in preseason. As a runner. As a pass-protector. Maybe even as a special-teamer, a role he handled as a collegian.

Whether he does or not is up to him, but thanks to his draft slot and the nature of his position, he should have his fair share of opportunities.