Time Has Not Been on Cam Newton's Side at Patriots Camp

Curran: Time not on Newton's side at Pats camp originally appeared on NBC Sports Boston

Since Mac Jones was drafted with the 15th overall pick, it’s always been a matter of time. Generally that’s meant time before he’s seasoned enough to become an NFL starter and take over for Cam Newton. How long will that be?

But in the first three days of camp, a different kind of time has entered the quarterback discussion. And that is elapsed time between the snap and when the ball is thrown. 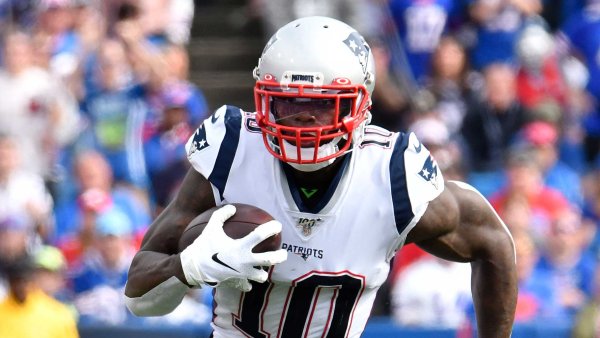 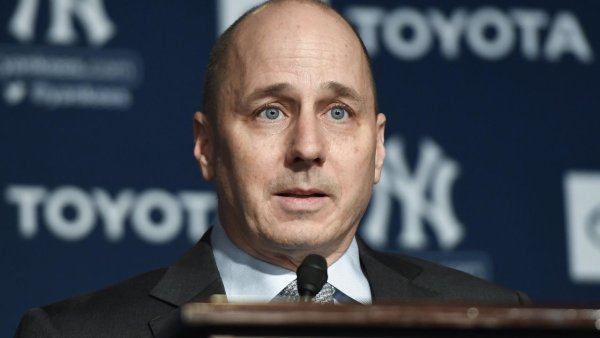 Curran: Agholor, Dugger stand out on Day 3 of Pats camp

So far, time has all been on the side of Jones. When the rookie’s under center, the ball comes out on time, in rhythm and – generally – in a place his receivers can make a play on it.

And Newton? He’s had some positively ponderous reps where he’s held the ball well past five seconds. It’s actually uncomfortable to watch as he stands in the pocket, pats the ball, scans, rescans and then throws. Often, those interminable drops have resulted in incompletions or – in the case of a throw on Day 1 – a throw delivered late, hot and uncatchable that turns into an interception.

Newton had a better day on Friday. Still, the difference remained noticeable. With Jones under center, the rhythm of the offense looks far closer to what we watched from 2001 to 2019 than when Newton takes reps.

I asked Newton after Friday’s practice, “What’s taking so long?” God bless him, he didn’t duck the observation.

“That’s what training camp’s all about,” he began. “Of course, we have this mental in our head that, in the classroom or when we're meeting, coach asks a question -- boom, that’s where we’re supposed to go with the ball. (On the field it’s like), ‘OK, now you’ve got Devin McCourty showing something. Kyle Dugger’s showing something. Then all of a sudden, [Dont’a] Hightower jumps over here and all of a sudden, it’s like ‘What do I do? What do I do? What do I do? It’ just taking the brain a little longer at times. But hopefully with a lot of repetitions, it'll be good.”

Hopefully is right. Because if Newton is to retain the starting job Bill Belichick insisted Newton had the inside track to, he’s got to get to a place of read-and-react and, by his own admission, he’s not there right now.

Even mechanically, Newton acknowledged Friday he is in a mental battle concerning his throwing motion.

“(I’m trying) to not overthink things,” he said. “You just have a self-diagnostic check in with yourself. Where you don’t feel certain things are hitting the way they’re supposed to. (For instance) pop, zip on the ball, feeling your feet on the ground, understanding that you gotta use a little more power to uncoil.  You still have to check in with yourself and know that: ‘Alright, are my feet planted? Is my shoulders and my feet involved, and not just throwing it with my arm?’ So, it’s a full body type of technique that the arm gets credit for.”

Honestly, with all that going on in Newton’s brain on the simple throwing process, it’s no wonder he’s got little room left for processing which defender is where.

It is early in camp, of course. Pads haven’t even come on. And there is an adjustment period. Newton pointed all that out.

“You guys must understand, we're still in training camp and this is probably the only time that we've had -- this is the first time we've had the access to do certain things,” he explained when asked about building rapport. “OTAs, it’s just OTAs and you can't really let it rip like you want to. … The ability for us to just throw the ball past 20, 30 yards was the first time we've done this in months …. But now you’ve got an offensive line. Now you’ve got to step up in the pocket. Now you have many distractions.”

The obvious question of course becomes why Newton, in his 11th year in the NFL and 13th month with the Patriots, is taking so long to make a decision and throw the damn ball while Jones is getting the ball out fast and into tight spots and he’s only been here three months.

I asked Jones why he’s been able to show such great comprehension so quickly.

Perry: Cam and Mac air it out Friday with mostly positive results

“My whole thing is whatever the play tells you to do, do it,” he said. “I’m trying to get there. I’m getting better. I don’t feel like I’m lost out there, but you gotta be able to throw the ball to the right guy based on the coverage, based on the problem. If that’s a ball that’s supposed to be thrown quick to your first lead, get it out. If not, just make it a process where you’re sticking to it. It’s not, ‘Oh, I think it’s this,’ or, ‘Let me try this,’ it’s, ‘I see this. Let me do this.’ ”

There are oodles of things Cam Newton can do Mac Jones couldn’t dream of. When Newton graduated from Westlake High School in Atlanta in 2007, he was the second-ranked dual threat quarterback in the nation. When he won the Heisman at Auburn in 2010 he ran for 1,473 yards. He’s run more times (1,071) for more touchdowns (70) than any quarterback in NFL history. It takes a lot to do that.

Jones is not a dual threat. He’s a mono-threat. And, as a result, he’s a pretty polished passer at this point as he demonstrated at Alabama. For him, coming to New England and an offense that’s been led by a run-never quarterback for 20 years isn’t a jolt to the system. For Newton, it has been. And the first three days of camp merely shined a light on the stylistic differences.

If Newton is going to hold off Jones’ challenge, he’ll need more practices like Friday. Time is of the essence.