Despite the very best intentions of the Los Angeles Rams in the second half, the season has come to a close for Tom Brady and the Tampa Bay Buccaneers.

The Rams coughed up a 27-3 lead, allowing Brady and the Bucs to tie the game, before Matthew Stafford engineered a drive to get Los Angeles in field goal range and set up Matt Gay for a game-winning 30-yard kick as time expired for a 30-27 win.

It was the largest deficit Brady had faced in the postseason since Super Bowl LI, when the Atlanta Falcons had him in a 28-3 hole.

He did it again. #NFLPlayoffs 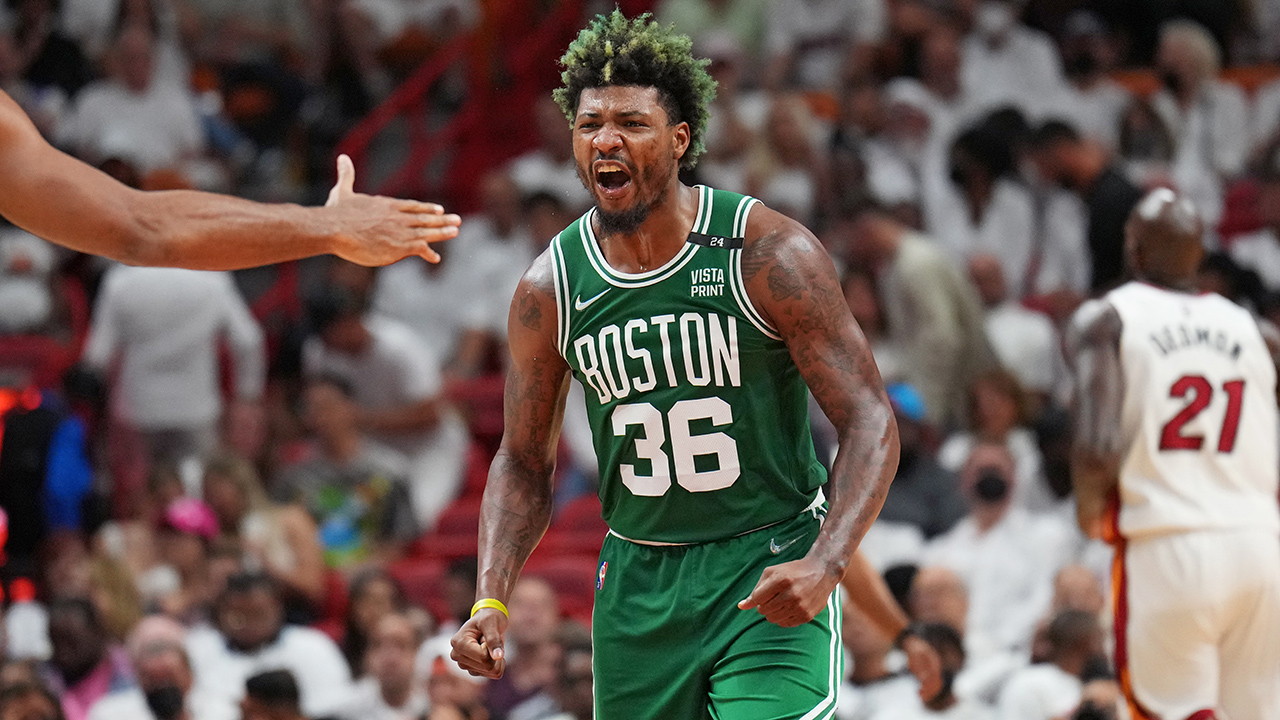 Down 20-3 at the half, it was just the third time in his postseason career that Brady had trailed by 17 points prior to the break, along with Super Bowl LI and a loss in the wild-card round to the Baltimore Ravens in 2009.

With the loss, Brady has been eliminated in the divisional round of the postseason for just the third time in his career, following the 2005 and 2010 seasons with the New England Patriots.

Here's how Brady fared in the game, which will soon be followed by questions about whether or not he'll return for a 23rd season:

Brady was also sacked three times. The passer rating was the 11th-lowest for Brady in 47 career postseason appearances and his lowest in six games with the Bucs.

Here were some of the highlights for Brady:

For the first time in 22 seasons, Brady was flagged for unsportsmanlike conduct.

Tom Brady was called for his first unsportsmanlike penalty of his career on this ð³ pic.twitter.com/LHTVyBWlaX

Late in the first half, Brady was intercepted by Rams defensive back Nick Scott, who played two years of high school football in Massachusetts at Brookline High before moving to Virginia.

TURN US UP WITH THAT PICK, @nickmscotty!

Von Miller, Brady's longtime nemesis with the Denver Broncos, got to him for a strip sack and fumble recovery in the fourth quarter. In nine career games against Brady, Miller has recorded 8.5 sacks -- now up to 3.5 in the postseason. He had 2.5 sacks against Brady in the 2015 AFC Championship Game between the Patriots and Broncos.

Brady connected with Mike Evans eight times for 119 yards, including a 55-yard touchdown pass with 3:20 remaining in regulation to slice Tampa's deficit to 27-20.

After the game, Brady embraced former Patriots teammate Sony Michel, now with the Rams, as he headed to the locker room for what could be the final time.