We Knew the Red Sox Pitching Staff Would Be Bad, But This Is a Joke: Analysis

The Red Sox pitching is a disaster, so 10 days ago they signed Zack Godley. He had a 5.97 ERA last year, but hey, they're desperate.

Four days later, they acquired right-hander Dylan Covey from the Rays. He arrived with a lifetime record of 6-29 and an ERA of 6.54, but it's not like one Zack Godley could cure them of their aforementioned desperation. Let's throw some volume at this problem. 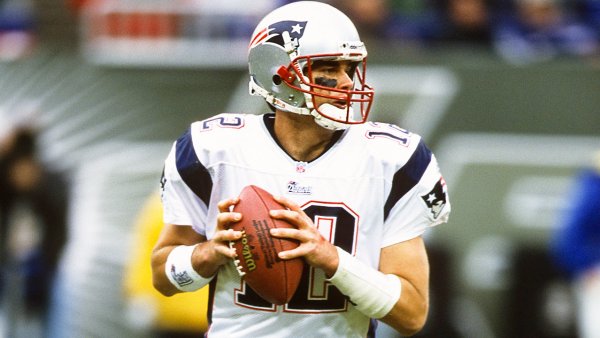 Four days after that, they added left-hander Stephen Gonsalves off waivers from the Mets. This will come as a shock, but his ERA last year was 6.57. Desperation, etc ...

On Sunday, they went trawling once again and hauled up Robert Stock. He throws 100 mph and posted an ERA of 10.13 last year. Have we mentioned how desperate they are yet?

That quartet joined a pile of arms you've never heard of in what might already be the worst top-to-bottom Red Sox pitching staff of our lifetimes.

I understand that Chaim Bloom was not allowed to spend money this winter and that the team he ultimately crafts in his image won't look anything like this one, but in the meantime, this is the best they could do? It feels like we're being trolled, one terrible signee at a time.

Raul Martinez chats with Chaim Bloom about the excitement of opening day, the competitiveness of the Red Sox and what it will take to make the playoffs in a 60-game season.

Over the weekend, the Red Sox were embarrassed by the woeful Baltimore Orioles, losers of over 220 games since 2018. After a 13-2 annihilation on opening night to start things right, they dropped decisions of 7-2 and 7-4 to a team that not only batted Jose Iglesias third, but didn't pay a price for it when he went 7 for 13.

The rotation we all knew would be a problem that couldn't get out of its own way. Martin Perez allowed five runs in five innings on Saturday, while Ryan Weber followed up with six runs in 3.2 innings on Sunday. That's called giving your team no chance, and don't worry, there's more where that came from, because they open a home-and-home series with the Mets on Monday night that will feature two openers.

Left-hander Josh Osich, Bloom's very first signing, will take the ball for an inning or two on Monday, followed by Matt Hall on Tuesday. Osich's lifetime ERA of 4.86 is positively Gibson-ian on this staff, while Hall's 9.48 fits like a rancid, festering glove.

A year ago, Chris Sale fronted the rotation, followed by former Cy Young Award winners David Price and Rick Porcello. Left-hander Eduardo Rodriguez was on his way to 19 victories, and right-hander Nathan Eovaldi was recovering from an elbow procedure the team hoped would unlock his 100 mph fastball in time to make an impact on the playoff race.

Now Eovaldi is their only sure thing, because E-Rod has been sidelined by a heart condition following his bout with COVID-19, Sale is done until maybe 2022 following Tommy John surgery, Price is sitting out the season with the Dodgers, and Porcello is coming off a Mets debut that saw him allow six runs in two innings, so at least they got one thing right.

The names in support do not inspire confidence. Yoan Aybar. Austin Brice. Kyle Hart. Chris Mazza. Jeffrey Springs. Phillips Valdez. These are some possible reinforcements on one of baseball's most expensive rosters. If you're wondering why Dave Dombrowski lost his job, there's your answer.

Governor Charlie Baker said it's a great thing to have baseball back in Boston.

The Red Sox will undoubtedly continue sorting through the 6.00 ERA bin like old cassettes at Good Vibrations. Maybe they'll find someone usable. More likely, we'll just keep watching this parade of the well-intentioned but overmatched.

Are three games enough to declare a season a lost cause? It sure felt that way over the weekend, because no matter how many teams are allowed into the playoffs, it won't be enough to justify watching this pitching staff in October.

We knew the Red Sox pitching staff would be bad, but this is a joke originally appeared on NBC Sports Boston