In order for the Patriots to have a good draft, there’s plenty of things they need to do -- but there are even more things that they shouldn’t do

What makes a successful draft?

Different teams have different needs. Other teams have greater senses of urgency than their opponents. Some teams have no hope at quarterback, others think they’re set for a decade-plus.

For the Patriots in 2021, a successful draft is based almost exclusively on one thing and one thing only: finding their way out of quarterback purgatory, whether that’s trading up in the first round, waiting for someone to free fall to the No. 15 pick or seeing who’s left in the second round. The status quo simply cannot stand.

One player isn’t likely to define a draft class, though, not with the state of the roster in New England even after a spending spree of more than $170 million in free agency.

In order for the Patriots to have a good draft, there’s plenty of things they need to do. But there are even more things that they shouldn’t do to ensure that the draft class of 2021 marks a return to form following a half-decade of wallowing in mediocrity. Four things, namely:

Don’t trade out of the first round

Even if New England doesn’t take a quarterback in the first round, there’s no excuse to not use the pick at all this year.

True, the team has had a surprisingly robust history when it comes to moving out of the first round – even last year’s trade-out looks promising early – but that luxury no longer exists. Rather than building depth with extra picks later on, the Patriots need impact players early.

Raul Martinez catches up with NBC's Mike Tirico to preview the NFL Draft and assess New England's moves this offseason.

Since drafting both Chandler Jones and Dont’a Hightower in the first round in 2012, New England has selected Dominique Easley, Malcom Brown, Isaiah Wynn, Sony Michel and N’Keal Harry in the first round and been without a pick four other times. Not great.

Ideally, this pick should be a quarterback, but with the exception of perhaps tight end and the interior offensive line, there’s not one position group on the roster where New England can definitively say it’s set for the upcoming season. The only way that can change this weekend is if the Patriots use their first-round pick to plug another hole elsewhere on the roster. That said…

Running back should be self-explanatory. Yes, Michel was terrific during the Super Bowl LIII championship run, but there’s almost no chance New England exercises his fifth-year option and 2021 will be his final season in Foxboro. Just another first-round pick who won’t see a second contract in New England.

Production at running back can be found much, much later on in the draft, as the Patriots have seen from players such as BenJarvus Green-Ellis (undrafted) or James White (fourth round, 2014) or perhaps Damien Harris (third round, 2019). Not to mention free agents they’ve brought in who were originally drafted low, a la Rex Burkhead (sixth round, 2013) or the undrafted Danny Woodhead (2009) and LeGarrette Blount (2010). 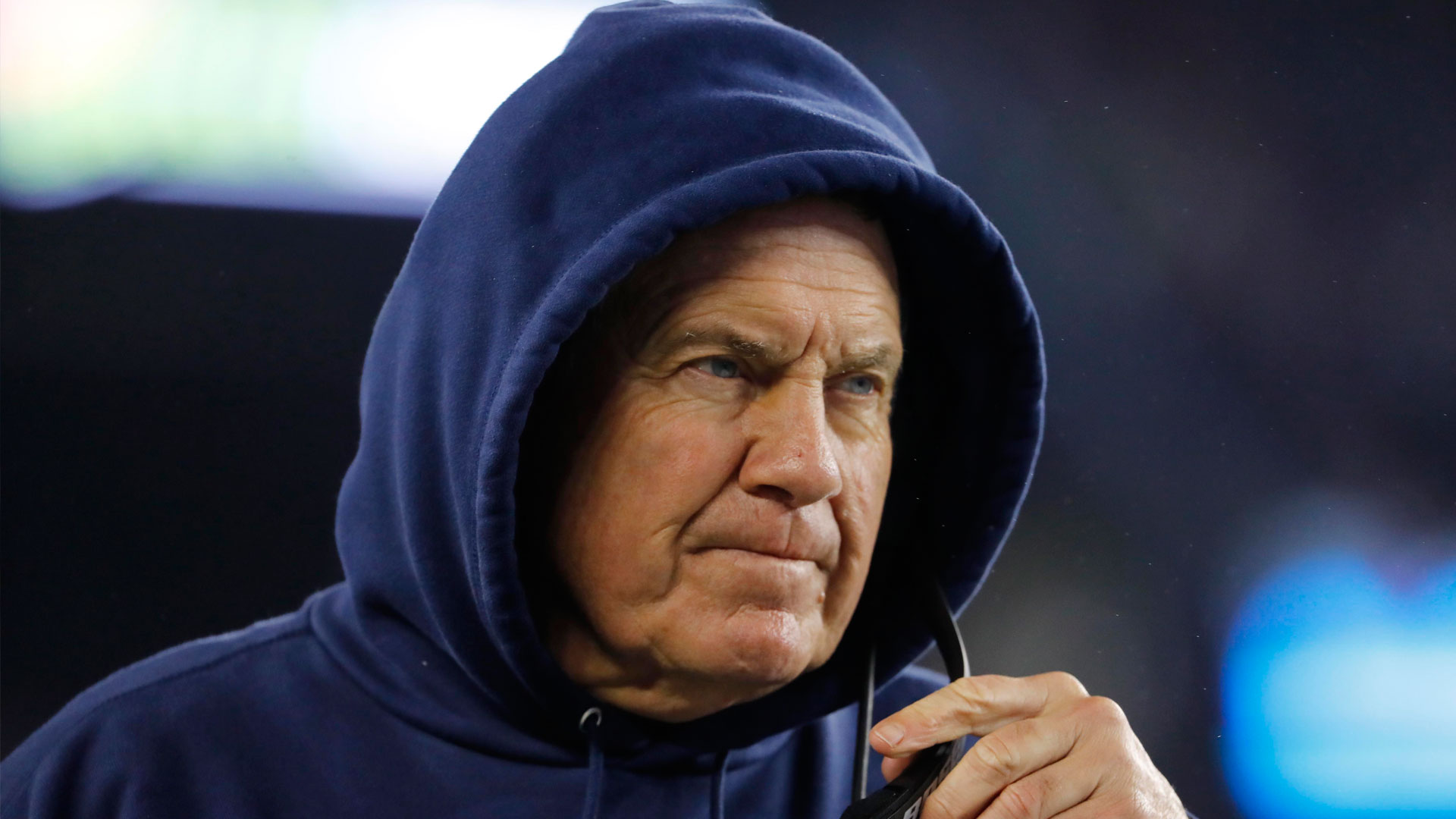 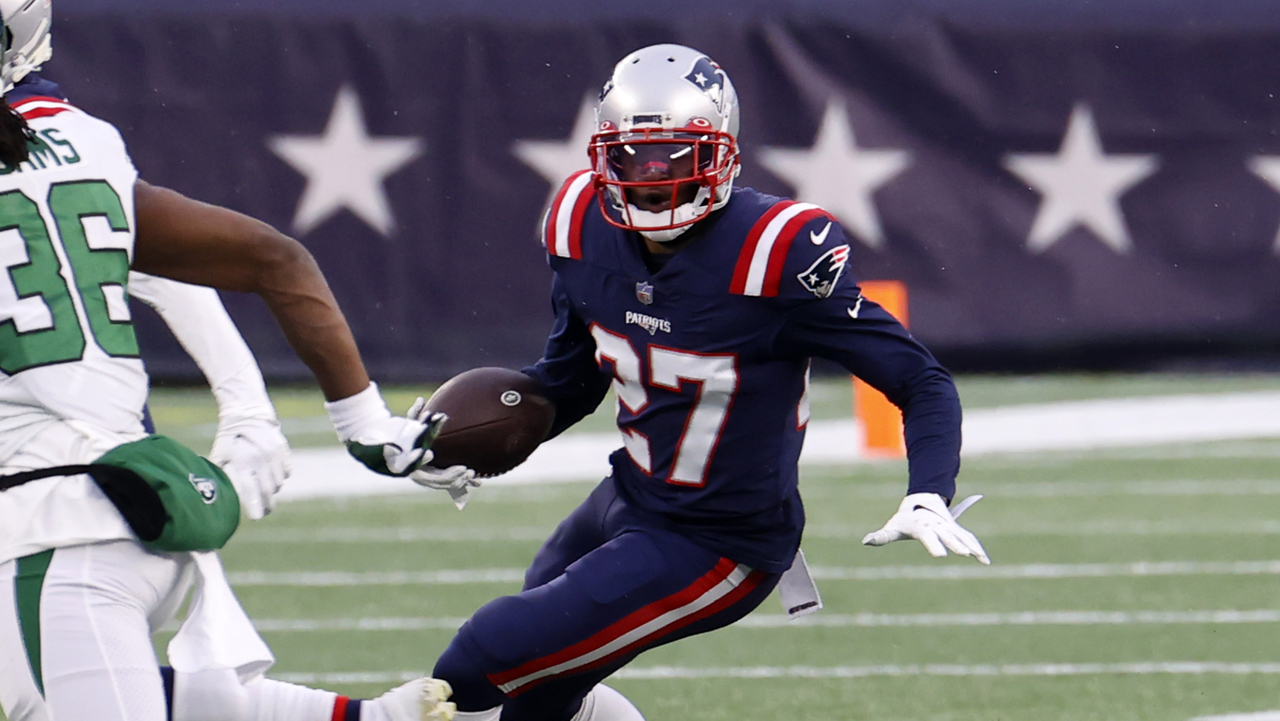 2021 NFL Draft: Will the Patriots Strike Again at Cornerback?

With wide receiver, it’s a bit more complicated. Tom Brady’s (alleged) distaste for young receivers is no longer an issue, but can you blame him for tuning out Harry (No. 32, 2019) when seeing the impact made immediately by guys like D.K. Metcalf or Terry McLaurin as rookies?

There’s roughly 20 years of evidence that the Patriots can’t find wide receivers in the higher rounds of the draft…are things supposed to be any different now that Cam Newton or Jarrett Stidham or Player X are suddenly throwing them the ball?

Hopefully, New England did just enough in free agency by bringing in Nelson Agholor and Kendrick Bourne to resist the temptation to take a wide receiver in the first round.

Don’t double down on covering up miscues from 2020

The Patriots already covered their tracks from underwhelming debuts for Devin Asiasi and Dalton Keene at tight end by signing Jonnu Smith and Hunter Henry, so there shouldn’t be an issue there, but what about at kicker?

New England (in)famously took Justin Rohrwasser out of Marshall in the fifth round in 2020, making him the first kicker drafted in the process. After failing to make the team out of training camp but lingering on the practice squad, Rohrwasser is out of the picture all together moving forward.

Nick Folk is the presumptive favorite to remain the kicker for the Patriots, while Roberto Aguayo -- a former second-round pick/cautionary tale from Tampa Bay -- is behind him on the depth chart. And that’s just fine for now, especially assuming Folk remains the guy after connecting on 26 of his 28 field goal attempts and 30 of 33 PATs in 2020.

Fortunately, the Patriots haven’t drafted a kicker back-to-back seasons since the 1980s – back when the draft was 12 rounds, and New England took a kicker in the 12th round in 1986, 11th round in 1987 and fourth round in 1988. No reason to think a new streak is on the horizon.

In other words, don’t kid yourself into thinking that a strong crop of free agent signings means that the team is magically closer to contending for a Super Bowl again.

Free agency was, best-case scenario, a stop gap that will have the Patriots primed to contend for a playoff spot. Which is to say, don’t wheel and deal draft picks until suddenly you only have four picks left, as was the case in 2017.

Coming off of a victory in Super Bowl LI, New England loaded up again in free agency and on the trade market at the expense of that spring’s draft. The end result: New England sat idle until the 83rd overall selection, taking the oft-injured Derek Rivers who was finally waived last November after appearing in just 14 games for the Patriots.

Of New England’s other three picks, Antonio Garcia (third round, No. 85) and Conor McDermott (sixth round, No. 211) never took a snap for the Patriots. All that’s left is Deatrich Wise Jr. (fourth round, No. 131), a situational player who has 14 sacks over his first four seasons.

New England needs young bodies, not older ones at this point. The Patriots own 10 picks as of Thursday morning; there’s no reason they shouldn’t make the majority of them this weekend.

Again, it often takes three years before you can get a real feel for what a draft class has to offer. Any talk of winning and losing the draft will be premature, but adhering to this path will allow things to take care of themselves that much sooner.

In this week's episode of "What If" powered by Strat-O-Matic, we simulate the 2021 season with Mac Jones and Justin Fields at quarterback for the New England Patriots
Copyright RSN