‘Off the Charts': How Tom Brady Impresses Jordan, Serena and Other GOATs

Michael Jordan, Serena Williams, Wayne Gretzky and others in the greatest of all time conversation explained the greatness they see in Tom Brady ahead of his 10th Super Bowl

Ahead of his 10th Super Bowl appearance, The Associated Press asked the best of the best — eight current and former champions from seven sports — what impressed them most about Tom Brady.

Just what he needed: more testimonials.

Any club with the likes of Michael Jordan, Serena Williams and Wayne Gretzky in the ranks is bound to be exclusive. Its members talk about Brady much the same way the rest of us do. None spilled trade secrets or praised his foot speed. A few pointed wistfully to his longevity or marveled at how he moved the NFL's center of gravity from New England to Tampa Bay in the middle of a pandemic without skipping a beat. Most mentioned the same qualities — intelligence, leadership, competitiveness — that fans and foes alike attached to Brady a long time ago.

But there was an interesting sidelight: All of them saw their own strengths reflected in Brady, especially those still playing and close in age to the 43-year-old quarterback. (The full responses, lightly edited and accompanied by career highlights and notes, are below.)

So LeBron James, 36, zeroed in on Brady's mileage-doesn't-matter mantra, which dovetails nicely with his own.

Manny Pacquiao, an unstinting gym rat at 42, expressed awe at Brady's devotion to staying in shape.

Williams, 39, swears she saw Brady's eye-of-the-tiger gleam while watching his very first Super Bowl 20 years ago, marking him, like her, as a big-game competitor for decades to come.

Gretzky, 60, went even further back, convinced that Brady turned his love for the game as a kid into a blueprint that would enable him to play on into his 40s.

And even Jordan, who turns 58 next week and scrupulously avoided speaking publicly about rivals for most of that time, sent a response, albeit a brief one. He chose to highlight Brady's "unrelenting drive," a subject he knows something about.

Not every athlete contacted — looking at you, Tiger Woods — replied. James' response came via his "Goat talk" Instagram post. Williams' answer came from a news conference at the Australian Open in Melbourne, where she made a point of stopping on her way out to tell AP Asia-Pacific Sports Editor John Pye that she was happy to get the question.

On the flip side, baseball great Derek Jeter said through a spokesman, "We have received a few of these requests over the last week. Mr. Jeter has deferred to allow others a chance to speak about Mr. Brady."

OK, then. Without further ado:

"I've known Tom for a long time, and to me, his intelligence and sheer determination to win are off the charts. That unrelenting drive is what truly sets him apart from anyone else in the game."

"And also, we can bring together groups that we may not have been around for a long period of time. And just our professionalism … We gravitate toward people who gravitate toward us because we have one common goal, and that's to win and win at the highest level."

SERENA WILLIAMS (Turned pro in 1995 … 23 Grand Slam singles titles, most by any player in the Open Era … Four-time Olympic gold medalist in singles and doubles … She and older sister Venus purchased a small ownership in the NFL's Miami Dolphins in 2009)

"The guy is a champion, and I've said it since he beat Kurt Warner back in, I want to say -- what was that, 2000 (actually 2001)? It was that crazy Super Bowl. He was the underdog and they beat the Rams. Clearly I'm a football fan (laughing) … and I always thought, 'This guy is impressive.' … To do what he's done outside of New England and to come into Tampa, I mean, he just should have came to the Dolphins, really. Seriously, Tom, what were you thinking? …

"I was actually talking about (Brady's leadership) the other day after watching the game. I said, 'It must be so inspiring to be either a wide receiver or a lineman for him … or just on the team in general, because it's like, 'This guy has won so many rings, he obviously knows what to do.' And to have that inspiration, they must be so fired up for every game. Especially the postseason, they must be like, 'Oh, my God, this is our chance, we're with the greatest. …"

"Tom Brady is an inspiration to me. We are both in our forties, competing in sports that are dangerous and physically and mentally demanding. But that may be where the comparison ends. What he has accomplished, and is still accomplishing at his age is beyond anything I can remember.

"In 2019, I became the oldest fighter to win a welterweight world title. It was HARD. I was forty and knew … I could not cut one corner in training camp. Run that final mile, crunch that last set of sit-ups, rest even when you do not feel tired — it all has to be done. Tom Brady does that every day. He has no offseason. … That takes superhuman dedication and discipline … Tom Brady is always in the back of my mind during training camp and between fights. Because Tom Brady is the gold standard."

"I don't think it happens overnight. You start thinking about this at a young age, how much you love the game. So I'm sure that at a young age he loved it so much that he was very mature probably for a 23-, 24-year-old … making sure that his training habits, nutrition and diet were as good or better than anybody's … Consequently, he's done all the right things over 20 years to be able to sustain where he's at both mentally and physically. ... That takes a lot of dedication and hard work, and ultimately we're seeing the results at his age …

"He'll have a bad game, which we all do as athletes, and when you're young, people say: 'Well, he had a bad night, bad game, bad week. He'll rebound.' When you're older, the first thing that people want to point to is, 'Well, I think he had a bad game because he's old.' And for him, that's not the case. When he has a tough night, which we all do, he bounces back even better the next week and everybody sort of says, 'Well, OK, I guess he's not that old.' … I think the proof was that he won three road games in the playoffs, which in football is very difficult to do."

"His leadership brought out the talent of others. He plays as a team and not an individual. … Being humble can help a person cut through layers of adversity, ego, and creates this ability to energize those around you with the same goals — it helps people pull in the same direction. What he has accomplished is a lesson for us all."

"He's doing something we've never seen before. He's playing one of the toughest games around and what is maybe his greatest strength has been his ability to keep a 43-year-old body as healthy as he has. This has nothing to do with genetics or luck. He must spend an incredible amount of time focusing on this: flexibility, mobility, pliability, and simply put, longevity. The world of sports has never seen anything like him and probably won't for a very long time."

More on Tom Brady and the Super Bowl 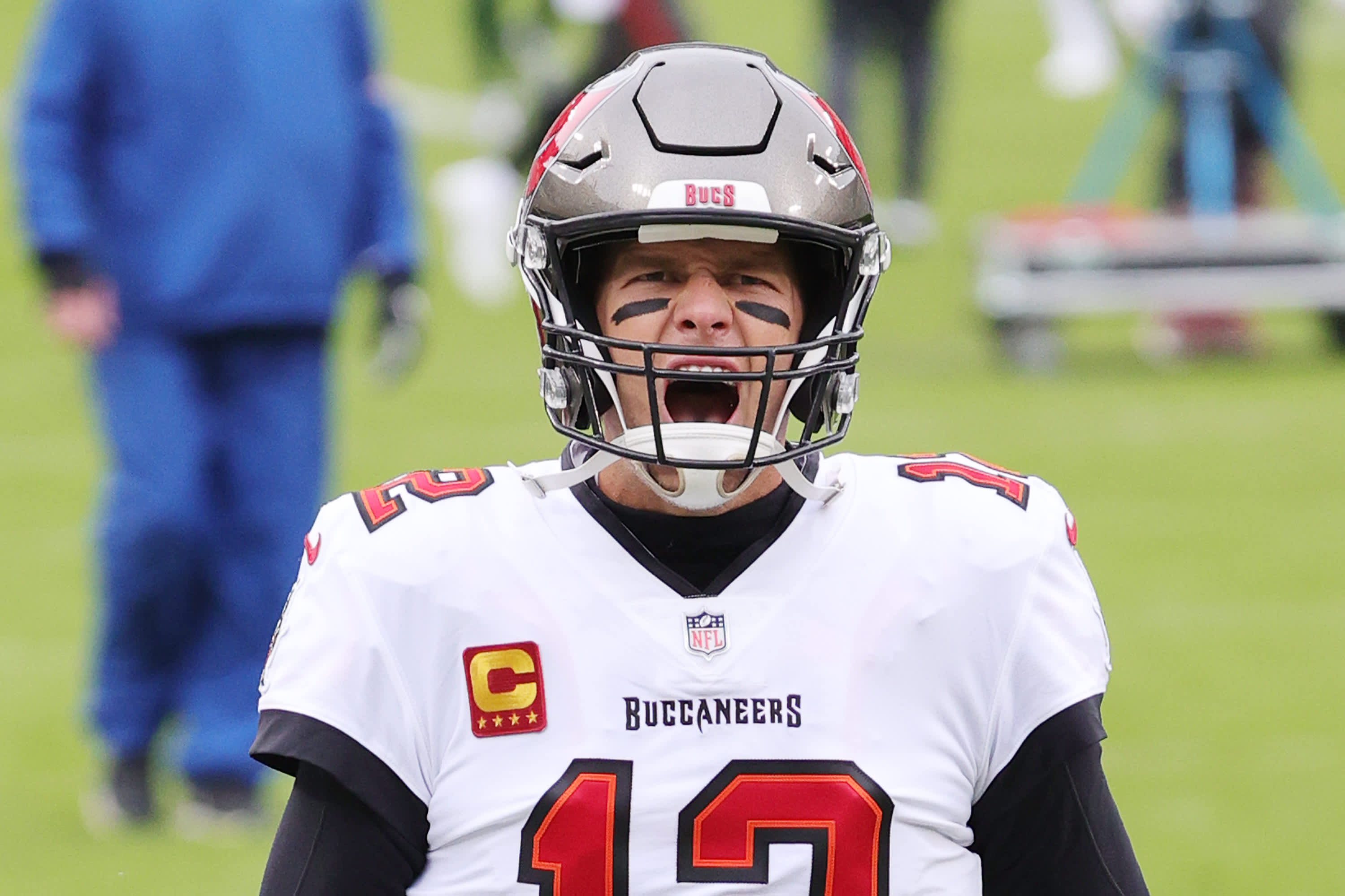 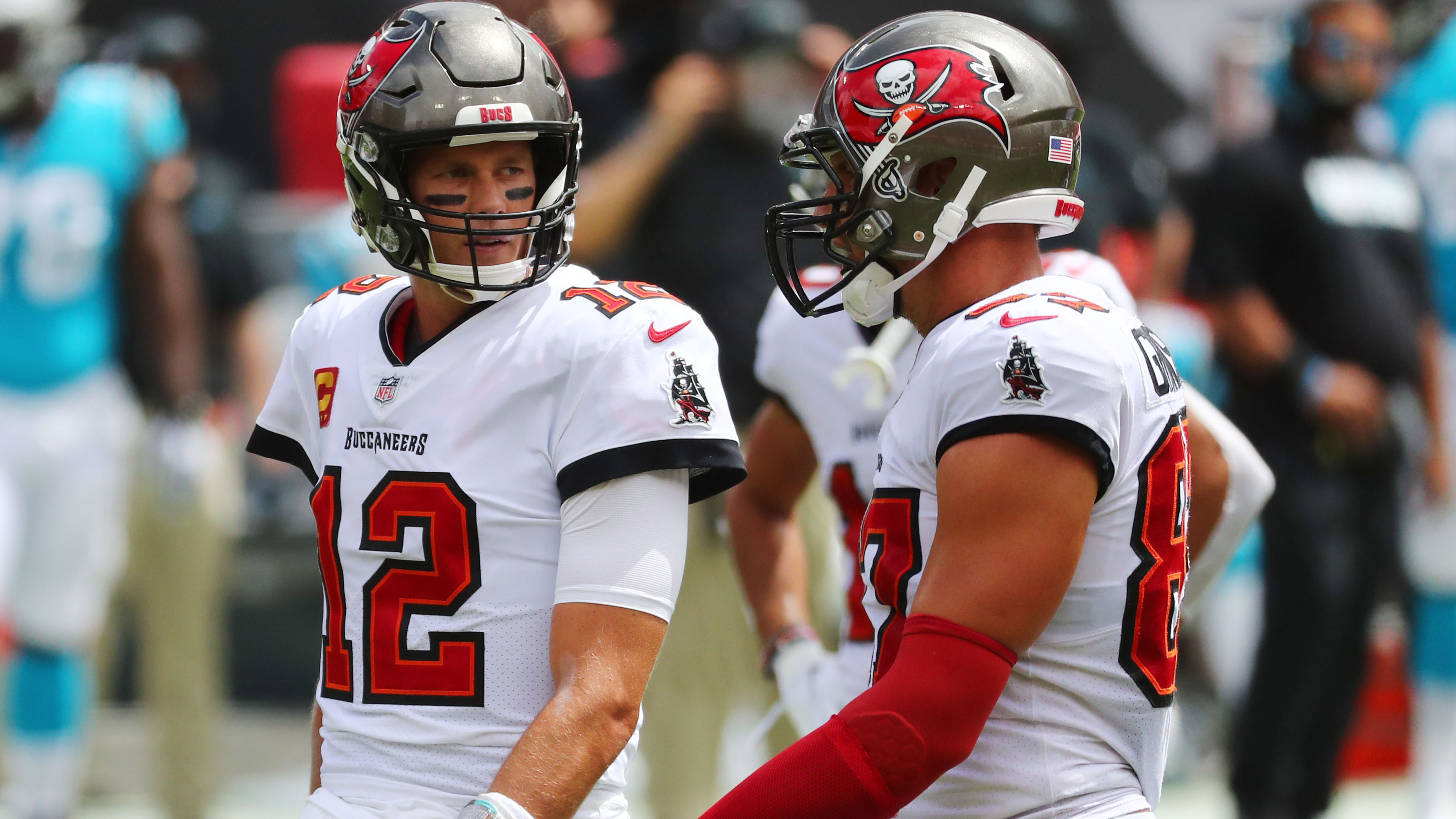