Edelman has played for the Patriots since 2009, winning the Super Bowl three times, but the team reportedly terminated his contract after a failed physical

It brings to an end after 12 years the career of one of the most beloved and successful players of the Patriots dynasty, one of just three Patriots to win the Super Bowl MVP.

"It was a hard decision but the right decision for me and my family," Edelman said, in a video recorded in the middle of Gillette Stadium.

Edelman cited an injury he had last year: "I’ve always said I’m gonna go until the wheels come off, and they’ve finally fallen off."

(If the video doesn't display, watch it here.)

He thanked Patriots owner Robert Kraft, the Kraft family, coach Bill Belichick, teammates, coaches, staff, his family and Patriot Nation, calling his time with the team "the best 12 years of my life."

"I’m honored, and so proud, to be retiring a Patriot," he said.

He concluded the video with the phrase he'd captioned the video: "Foxboro forever."

The Patriots released statements from Kraft and Belichick lauding Edelman as skilled, accomplished and dedicated. Edelman called him "the ultimate competitor" while Kraft said he's one of the Patriots' "greatest success stories."

The team had terminated his contract, according to reports out earlier Monday. NFL Insider Ian Rapoport reported that the reason given for terminating the wide receiver's contract was a failed physical.

ESPN's Patriots reporter, Mike Reiss, had said it was possible the move was "precursor" to his retirement. Later, ESPN Insider Adam Schefter that terminating the contract allowed Edelman to claim up to $2 million through the injury protection benefit.

Edelman, now 34, has played for the Patriots since he entered the NFL in 2009, winning the Super Bowl three times. He was named Super Bowl MVP in 2019, by which time he'd become Tom Brady's most trusted receiver.

But after Brady left the Patriots for Tampa Bay, a knee injury hampered Edelman's season -- he played just six games in 2020 -- and The Boston Herald reported last week that it was unlikely he would return for a full season in 2021 as well because of the injury.

The New England Patriots star, who is set to become a free agent for the first time in his career on March 18, was spotted hanging out in New York with teammate Julian Edelman and “Tonight Show” host Jimmy Fallon at the Syracuse men’s basketball game.

When free agency hit this offseason, the team stocked up on receivers, including Jonnu Smith, Hunter Henry, Nelson Agholor and Kendrick Bourne.

Like Brady, Edelman was a seventh-round draft pick who grew into a Hall of Famer. He was a quarterback in college at Kent State but the Patriots converted him into a receiver and it paid off.

His catch of a batted ball in Super Bowl LI is one of the most famous in the game's history and helped the Patriots complete their 25-point comeback against the Atlanta Falcons, the biggest at any Super Bowl.

His 141 yards off 10 catches earned him the MVP title at Super Bowl LIII, joining Brady and Deion Branch as the only New England players to win the award. 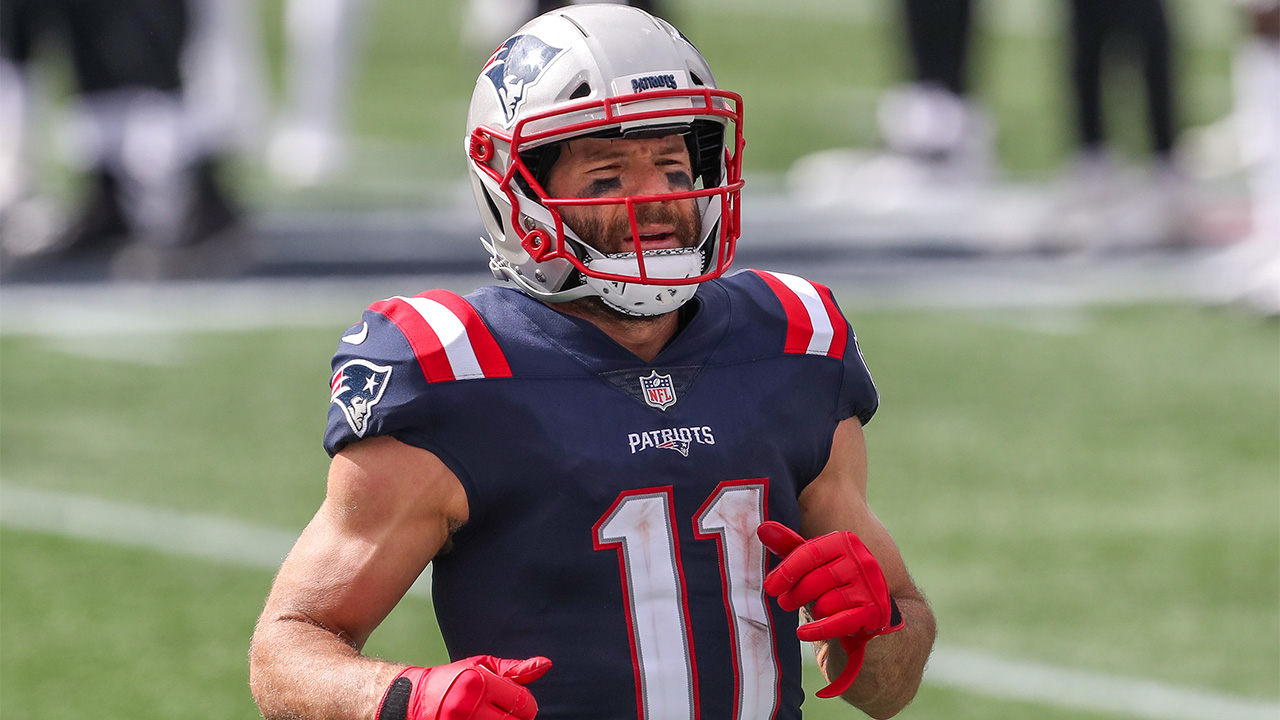 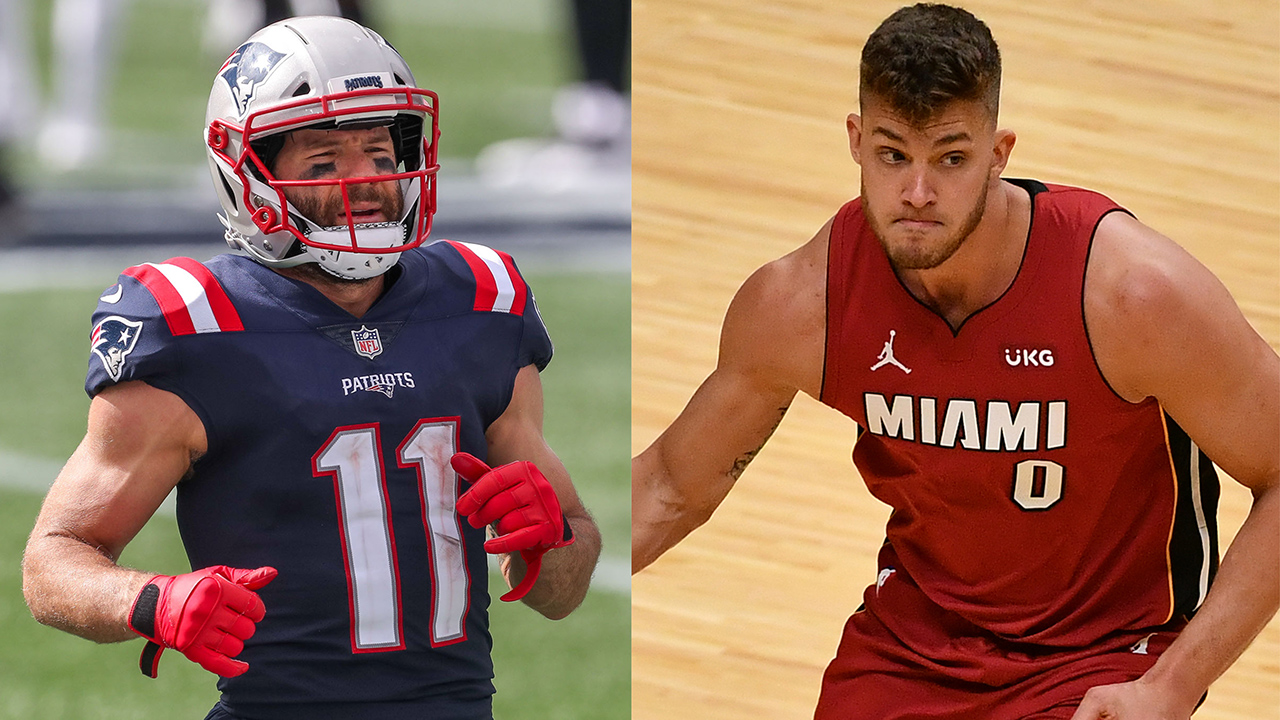