Patriots vs. Ravens on Sunday Night Football on NBC10 Boston: Here's How to Watch on TV and Online

Here's how to watch the Patriots-Ravens game on your TV, online or on a mobile device.

It’s Sunday Night Football and NBC10 Boston has you covered as Cam Newton and the New England Patriots (3-5) host Lamar Jackson and the Baltimore Ravens (6-2) at Gillette Stadium in Foxboro, Massachusetts.

Pre-game coverage of this Week 10 matchup starts at 7 p.m. on NBC10 Boston, with kickoff at 8:20 p.m. You can watch the game on a TV, on a desktop or on your mobile device.

Here’s what you need to know:

On TV: Watch the game on NBC10 Boston starting at 7 p.m. with pre-game coverage. Here's where to find NBC10 Boston where you live.

On Desktop or Mobile Devices: Watch the game on desktop and mobile by clicking here. For mobile, you will be prompted to download the NBC Sports App if you haven't already. If you already have the app downloaded, you will immediately be directed to the mobile viewing experience. 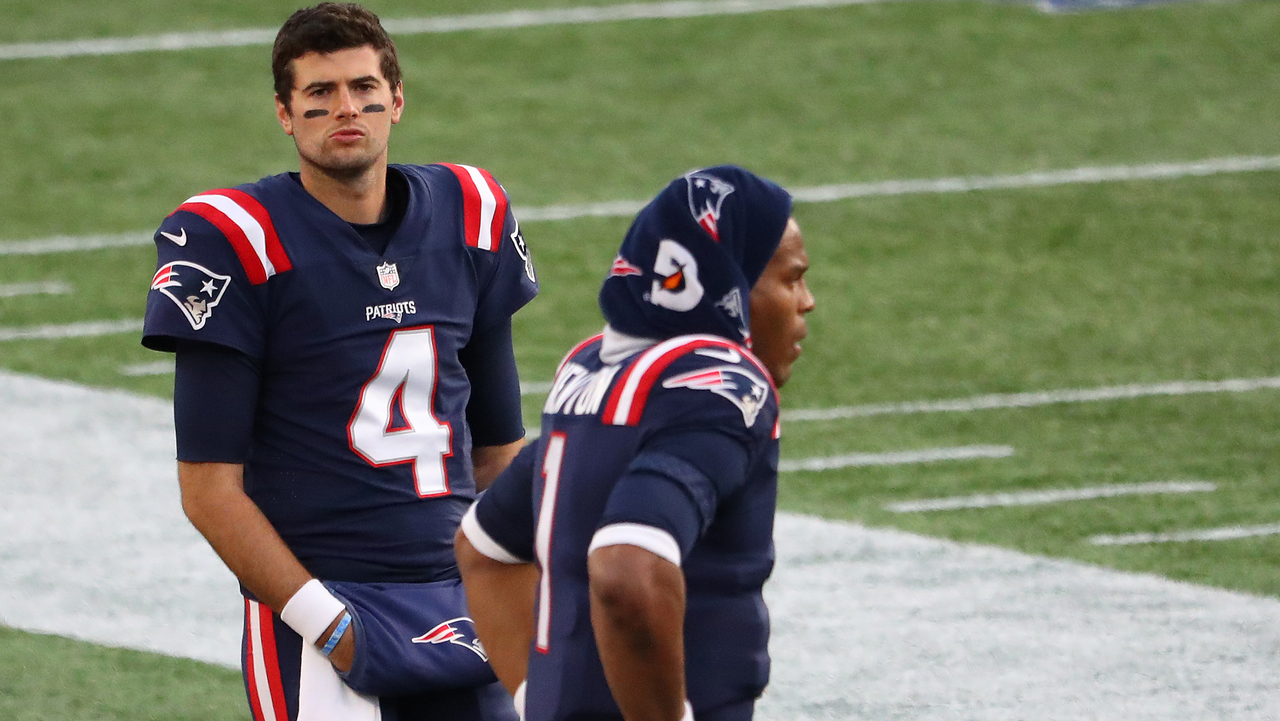 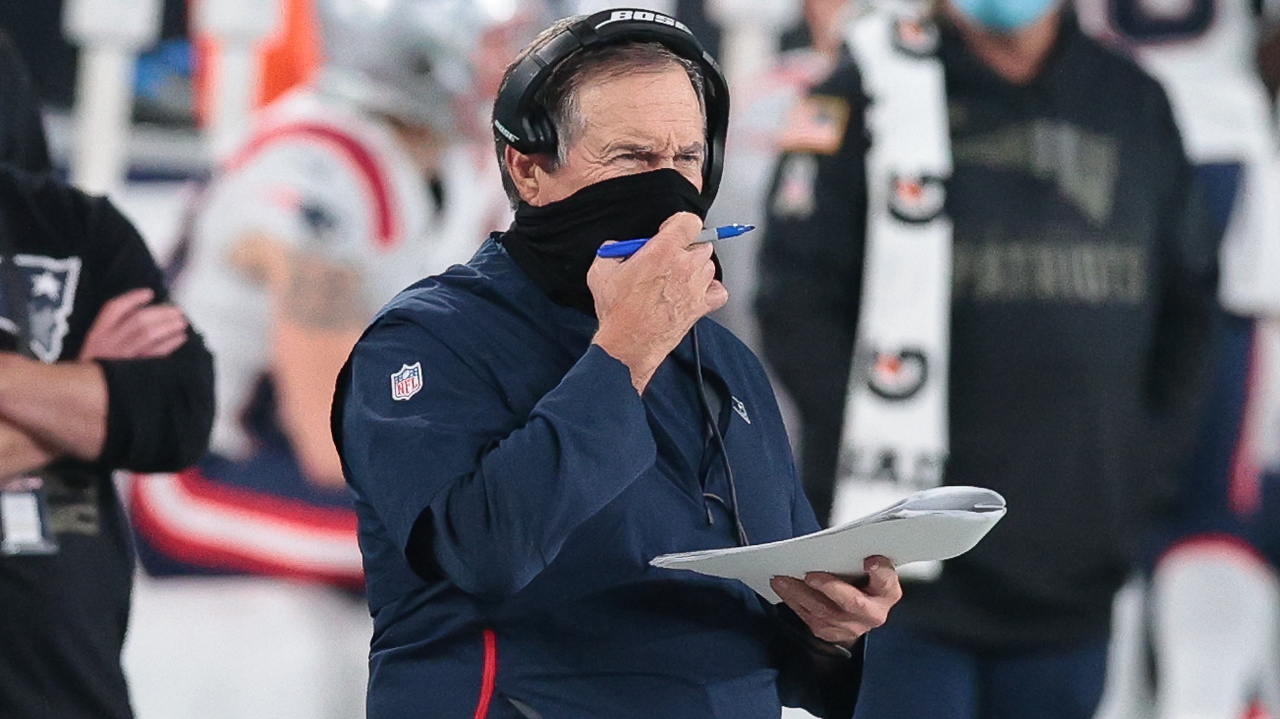 Patriots' Path to Postseason Not Impossible, But Not Likely

Newton and Jackson don't know each other well on a personal level, but that didn't stop the Patriots quarterback from reaching out to his Ravens counterpart and reigning NFL MVP recently on social media.

"He hit me up," Jackson said this week.

Did the veteran Newton pass along any advice to the 23-year-old?

Newton burst onto the football national landscape as a junior at Auburn in 2010, a 6-foot-5, 250-pound one-man show who threw for 30 touchdowns and ran for 20 more while leading the Tigers to a 14-0 record and national title on his way to claiming the Heisman Trophy.

Six years later a similar spotlight shined on Jackson as a sophomore at Louisville, when he passed for 30 touchdowns, rushed for 21 and also earned Heisman honors.

"I've watched Cam since Auburn. Everyone in the country did. Everyone knew about Cam — Superman — doing his thing," Jackson said. "A lot of us looked up to him. ... I followed him a lot. Wanted to get to where he's at, and now I'm here. Now I've got to play against him. Just can't wait to do that."

Sunday's matchup will be a role reversal of sorts between the pair.

In their only previous meeting in 2018, Newton beat the Ravens when he was with Carolina, though Jackson was still waiting for his turn behind Joe Flacco and played sparingly. Flacco got one more start after that, hurting his hip in a loss against Pittsburgh. Jackson took over the following game and has been the impressive starter ever since.

This time around Jackson is a bona fide star while Newton is trying to prove he can still be an elite QB in the league. What's more, Jackson's team has fared far better this season and can add to the recent misery for Newton and the Patriots, who are in a fight to even make it back to the playoffs.

Regardless of what happens Sunday, though, Newton says he will remain a lifelong fan of Jackson.

"Lamar's got a gift not many human beings got," Newton said. "I'm a fan of the game. if I'm watching Baltimore, obviously I'm watching to see what the MVP is gonna do. I respect his game so much."

With Julian Edelman on injured reserve and N'Keal Harry working his way back from a concussion, Newton may have found a new main target in receiver Jakobi Meyers.

Meyers had career highs in catches (12) receiving yards (169) in last week's win against the Jets. He said a recent pep talk from Newton has helped him turn a corner.

"I just remember him pretty much telling me that I was selling myself short. That I have potential, all I have to do is just live up to it and go out there and show coaches what I can do. It was crazy, because right after that I got my opportunity," Meyers said. "It ended up leading to good things."

The Ravens come in as 7-point favorites against a team they've long struggled to beat. New England doesn't have Tom Brady anymore, of course, and struggled to beat the winless Jets, but overconfidence shouldn't be an issue for Baltimore.

"It's still a Bill Belichick-led team. So, you have to respect them and give them the respect they deserve," Baltimore defensive tackle Derek Wolfe said. "They're still a good football team, and you still have to go out there and bring your best because they're going to bring their best."

Baltimore has never won a regular-season game in New England. Harbaugh is 4-6 against Belichick and the Patriots, including playoffs.

The Ravens brings several impressive streaks into the game.

Baltimore has scored at least 20 points in 31 straight games, the longest run in NFL history. The Ravens have run for at least 100 yards in each of those games, the third-longest such streak in the history.

In addition, the Ravens have forced a turnover in 21 successive games, the best active streak in the NFL, and have won 10 straight on the road.

This is the second straight primetime game for the Patriots, and for Baltimore marks the beginning of a stretch in which four of five games will be held under the lights. It's a chance to shine for the entire country, but Jackson and the Ravens don't necessarily see it that way.

"We don't put that in our minds that it's a primetime game. It's just another game at the end of the day," Jackson insisted. "We go in there thinking we're going to play football (and) we're trying to come out here with this victory. That's all."