The story of the New England Patriots in the 2010s won't officially complete until the conclusion of this year's playoffs, but no matter what happens, five Super Bowl appearances and three victories without ever missing the postseason make this, unquestionably, the best decade in franchise history.

Even better than its predecessor, when the Patriots made it to "only" four Super Bowls (winning three) and missing the playoffs a ghastly three times. They even had to play on wild-card weekend three times in the 2000s, compared with just once this decade.

None of this is possible without stable ownership, provided by Robert Kraft, nor a stable coaching and quarterback situation for the second decade in a row between Bill Belichick and Tom Brady.

There are countless individuals who've played an integral role in the team's success who deserve accolades as well, of course, which we're set to provide in the official New England Patriots All-Decade Team of the 2010s. We went with 22 players, or 11 starters on each side of the ball. Here we go:

Two questions: which decade was better for Brady, the 2000s or the 2010s? He won two of his three MVPs in the latter, and went to five Super Bowls rather than merely four. Also: how long will he play into the 2020s to garner consideration for the next All-Decade team?

Primarily a between-the-tackles runner while at Wisconsin, it's been amazing to see White embrace his role as New England's primary pass-catching back this decade and play the role as well, if not better, than Kevin Faulk the decade prior. Despite entering the league in 2014 and barely seeing the field until his second year, White is fifth among running backs in receptions (320) this decade.

As for Blount, his 35 total touchdowns this decade are third among New England players. His 2016 season, in which he rushed for 1,161 yards and a franchise-record 18 touchdowns, is reason enough for his inclusion on the team.

Only one receiver leaguewide was named MVP of a Super Bowl this decade: Julian Edelman, whose continued snubs from the Pro Bowl perhaps warrant a congressional investigation. He's had four seasons of 90 or more catches, topping 1,000 three times.

The Patriots were 4-0 in postseason games in which Amendola caught a touchdown pass this decade. Most remarkably, all six of his scores in the postseason came when New England was trailing.

Gronk just might be the greatest tight end of all-time and yet his career is still littered with what-ifs. He missed 29 of a possible 144 games the Patriots played in the regular season between 2010 and 2018, yet still caught 78 touchdown passes from Tom Brady - exactly twice the amount of Randy Moss (39), who sits in second place among Brady's touchdown targets.

Solder never made a Pro Bowl with the Patriots but maintained a solid-if-unspectacular presence on Tom Brady's blindside from 2012-17 before being replaced by Trent Brown, who was subsequently replaced by Marshall Newhouse and Isaiah Wynn. Solder played in only four games in 2015, which remains the last season in which the Patriots didn't make it to the Super Bowl. Coincidence?

Tough to go against Joe Thuney, who's started in three straight Super Bowls to begin his career, but people forget just how good Mankins was - not to mention that he played the entire 2011 season with a torn ACL! Mankins was unceremoniously discarded prior to the start of the 2014 season in a contract dispute, just missing out on Super Bowl XLIX. Which is a shame, given he was the first player drafted after New England won Super Bowl XXXIX, meaning despite playing nine seasons in Foxboro this century, he never won a title.

Andrews has been New England's primary starter in the middle since he signed as an undrafted free agent out of Georgia in 2015, returning consistency to delivering Tom Brady the football not seen since Dan Koppen departed in 2011. The team missed him dearly in 2019 as he dealt with blood clots in his lungs. Here's hoping Andrews can get back on the field to begin the next decade.

The Patriots pay Mason like he's one of the top interior linemen in the NFL, and when healthy, he's delivered. Look no further than the crushing block he delivered in last Sunday's regular-season finale against the Dolphins, a block which paved the way for what should have been a game-winning touchdown for James White.

Coin toss between Cannon and his predecessor, Sebastian Vollmer. We'll go with Cannon, who overcame non-Hodgkin's lymphoma near the end of his college career at TCU to develop into a reliable force on the exterior of the offensive line for the Patriots following Vollmer's retirement. Amazingly, Cannon will be entering his 10th season in the NFL come training camp.

It's a downright shame Wilfork didn't end his career with the Patriots, spending two years in Houston before officially calling it quits. Wilfork was named First Team All-Pro for the only time in his career this decade, in 2012, and making the Pro Bowl each year from 2010-12.

Wilfork did bookend his career in Foxboro with Super Bowl titles at least, winning as a rookie in 2004 before exiting as a champ following Super Bowl XLIX.

He deserves serious consideration for the Pro Football Hall of Fame someday. There are only 16 players who lined up at defensive tackle currently enshrined, none of whom played beyond 2000.

The top two sack artists of the decade for New England make the cut. Ninkovich had 45 sacks between 2010 and his retirement following the 2016 season, while Jones had 36 sacks in just four seasons between 2012 and 2015. 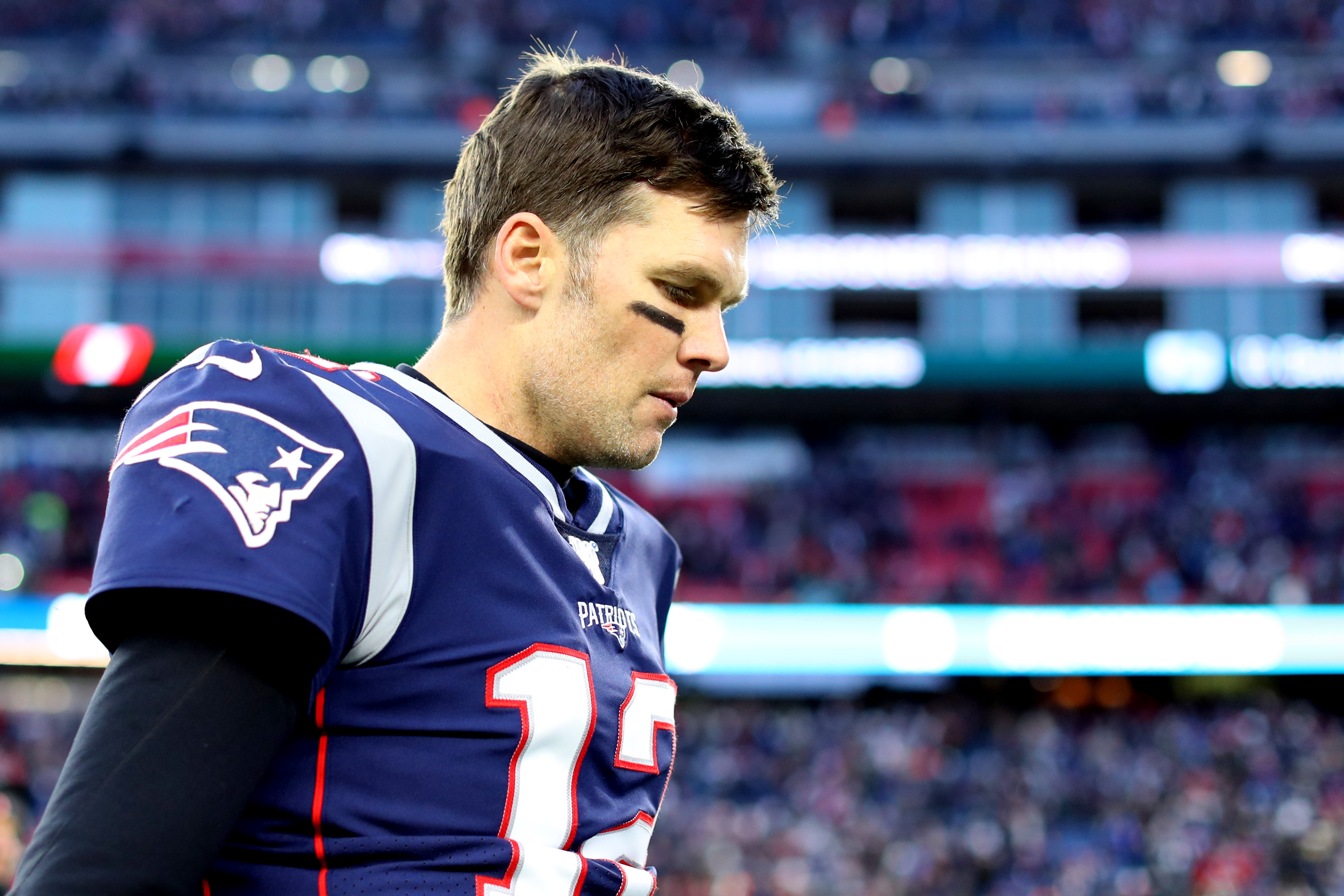 Was Sunday the Patriots' Worst Regular Season Loss Ever? 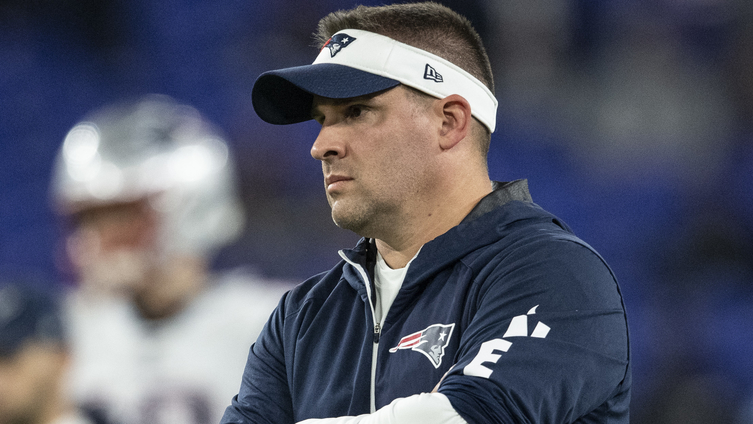 The Patriots have been to the Super Bowl every year since trading Jones…but he has the most sacks in the NFL since his exile to the desert, with 60 sacks for Arizona. We could have been talking about the greatest pass rusher in franchise history.

Roll your eyes at the Boogeymen moniker - rightfully so - but the members of this year's linebacking corps have done enough individually to warrant placement on this list.

Hightower has taken Tedy Bruschi's jersey No. 54 and brought it to even greater heights, making two Pro Bowls in the decade to Bruschi's one in the 2000s. Both in his first and second stint with the Patriots, Collins has demonstrated rare athleticism which makes you wonder what he'd be capable of if he could ever pull it together for a full 16 games, and New England hasn't missed a Super Bowl since acquiring Van Noy in the middle of the 2016 season.

Don't sleep on Mayo earlier this decade, either. He was a First Team All-Pro in 2010 and a Pro Bowler in 2012 before injuries started to derail his career, and despite missing 20 games over his final three seasons, he's still third on the team in solo tackles this decade and tops among linebackers.

Not rocket science here. McCourty was the first player the Patriots drafted in the 2010s and will be a shoo-in for the team Hall of Fame someday, with a franchise-best 26 interceptions this decade.

Chung's first stint in New England ended poorly after the 2012 season, his signature moment involving his coverage of Mario Manningham in Super Bowl XLVI, but his return in 2014 coincided with the rise the Patriots' defense into a top-flight unit once again. His 455 solo tackles are second behind McCourty, who had an even 600 for the decade.

Don't let Gilmore's worst game as a Patriot cloud what should still result in his winning NFL Defensive Player of the Year, which would be the first such honor in franchise history. In just three seasons with New England, Gilmore is third among defensive backs in Foxboro this decade with 49 passes defensed and top among cornerbacks.

When you mention the "Malcolm Butler Super Bowl," you have to specify which one, but he did make a Pro Bowl in 2015 following his Super Bowl XLIX heroics.