Now at 8-8, the Patriots will travel to Buffalo for the last game of the regular season, where a win will secure them a spot in the playoffs.

It was a must-win game for New England, and the Patriots found a way to prevail Sunday.

After 17 weeks, it's clear they are a team led by its defense that can't rely on its offense to score consistently. They are mistake-prone and at times disorganized, but the Pats remain in the playoff chase with one game left in the regular season after rallying to beat the Miami Dolphins 23-21 on New Year's Day at Gillette Stadium.

Kyle Dugger scored his third defensive touchdown of the season, with a 39-yard pick-six off Dolphins backup QB Teddy Bridgewater, who started in place of quarterback Tua Tagovailoa who suffered a concussion in Week 16.

Bridgewater was solid, completing 12 of 19 passes for 161 yards and a touchdown before leaving late in the third quarter with an injured right ring finger after being picked off by Dugger. Bridgewater, who didn't return, was replaced by Skylar Thompson. The third-stringer had an interception and a late TD pass to Mike Gesicki to trim the deficit to 23-21. He finished 12 of 21 for 104 yards.

Patriots QB Mac Jones had touchdown passes to Tyquan Thornton and Jakobi Meyers to help the Pats snap a four-game losing streak to their AFC East rivals. Jones finished 20 of 33 for 203 yards.

"We made some big plays in some big moments and that's what the NFL's all about," Jones said.

Meyers touchdown in the fourth quarter put the Pats up by two scores. The Dolphins scored a touchdown with a minute remaining to cut New England's lead to two, but Miami couldn't recover their onside kick, and the Patriots kneeled to run out the clock.

The Dolphins mostly played it safe offensively, running the ball often, with Bridgewater sticking mostly to short and intermediate passing routes. After exchanging touchdowns in the first half, the teams combined for six punts and a missed field goal by Miami. The Dolphins broke the stalemate in the the third quarter when Bridgewater capped a five-play, 41-yard drive with a 2-yard shovel pass to Raheem Mostert that made it 14-7. Nick Folk cut into the lead on New England's next series with a 49-yard field goal. Miami was facing third down on the next drive when Bridgewater threw into traffic looking for Trent Sherfield. Dugger picked it off and returned it 39 yards for his TD. It marked the fourth straight week the Patriots have had a defensive score and their seventh of the season. But Folk's extra point banged off the upright, leaving the score at 16-14.

"Once I got my hands on the ball, I needed to score," Dugger said. "To me, it's not a surprise. It's just something I've known the defense is going to fight."

Bridgewater entered the medical tent for evaluation after the INT and was replaced by Thompson, who was picked off by Jonathan Jones. Two series later, the Patriots went up 23-14 on Mac Jones' 1-yard TD pass to Meyers.

"I don't think we have the men in that locker room that have the character to quit," safety Devin McCourty said. "We've got one more opportunity that we're guaranteed.'' 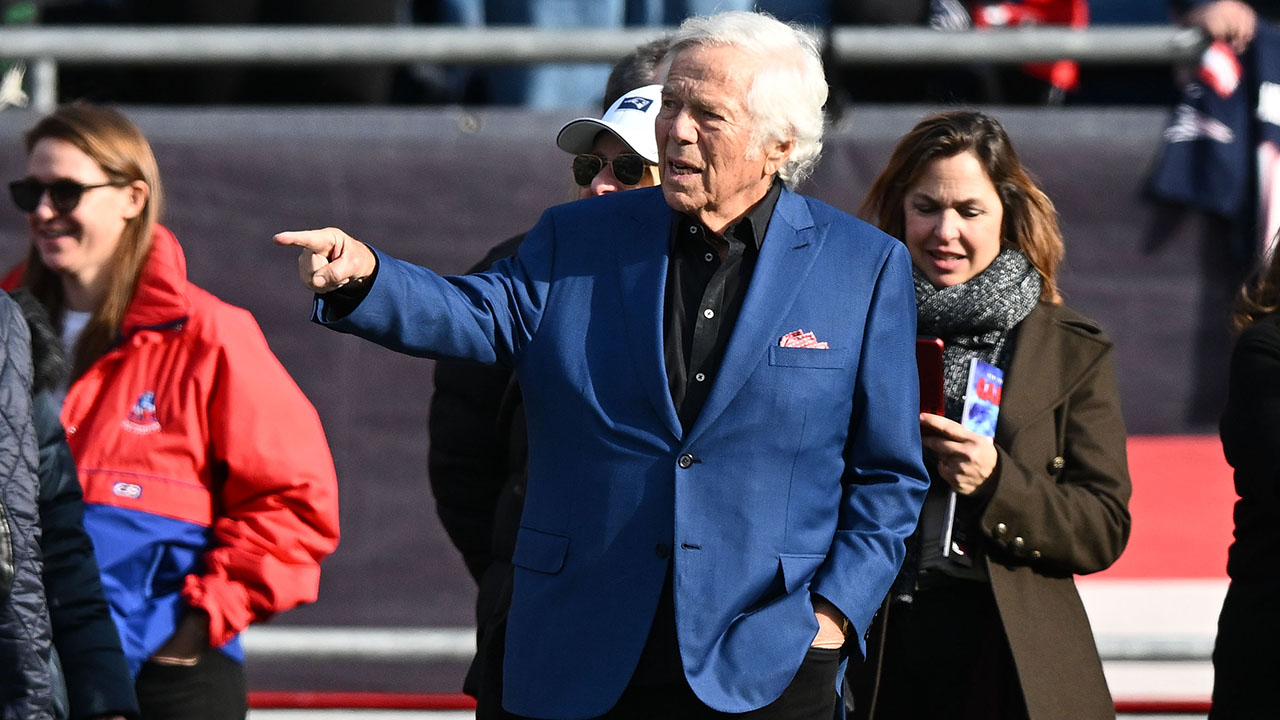 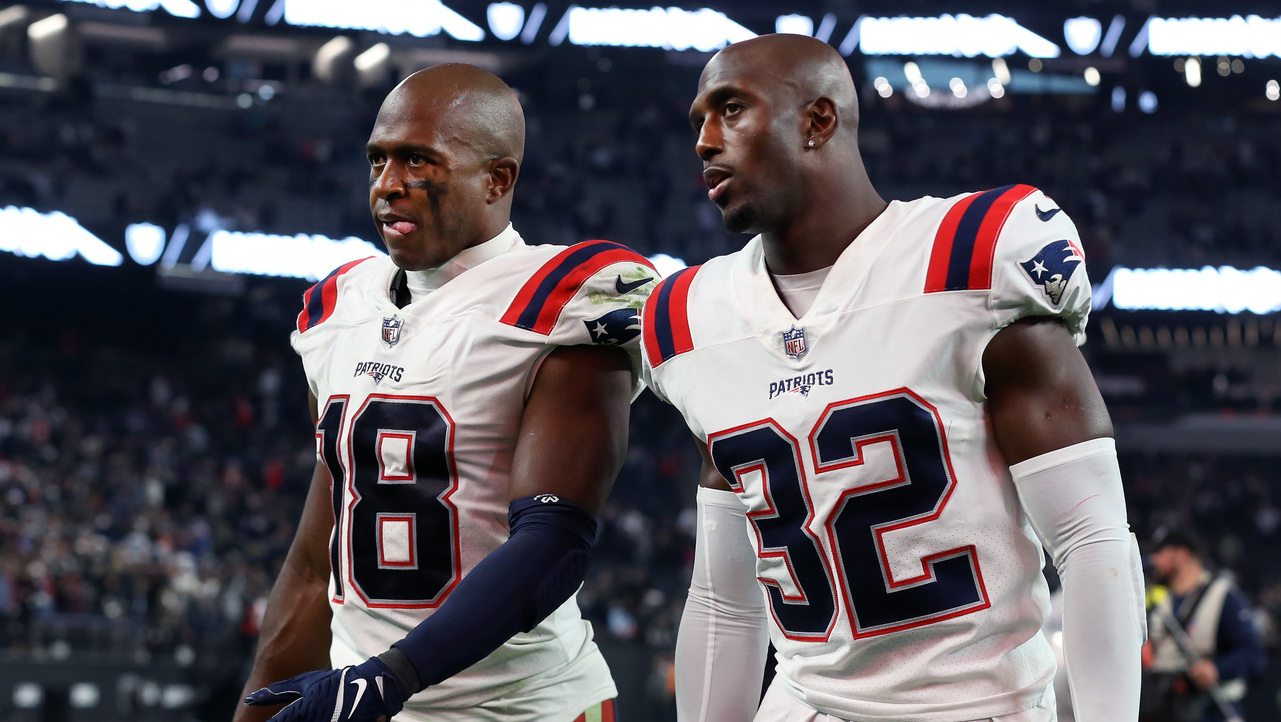 The win puts the Patriots back at .500 on the season.

Now at 8-8, the Pats will travel to Buffalo for the last game of the regular season, facing off against the Bills next weekend. If New England can win the Week 18 matchup, they'll automatically reach the playoffs. They can lose and still make the postseason with some help from other teams.

The Dolphins (8-8) entered Sunday with a chance to clinch a postseason berth with a victory and loss by the New York Jets at Seattle. Instead, Miami lost its fifth straight game and will need to win next week against the Jets and need Buffalo to beat New England to qualify for the postseason for the first time since 2016.

"We still have games to play," Dolphins head coach McDaniel said. "We have one in particular against the New York Jets that we have to respond to.''

"Our backs are against the wall," said Thompson, who replaced Bridgewater. "What this week comes down to is fighting. We've got to find a way to get into the dance.''

GETTING DEFENSIVE The Patriots' seven defensive touchdowns this season are the most in franchise history and most by any team since the 2017 Jaguars. New England beat Jacksonville that season in the AFC championship game.

INJURIES Dolphins: S Jevon Holland visited the medical tent after leaving with an arm injury early in the second quarter. ... OT Kendall Lamm left in first half with an ankle issue. Patriots: LB Ja'Whaun Bentley jogged off on his own power after a collision in the third quarter. ... Meyers left with a shoulder injury following this touchdown. ... CB Jonathan Jones walked off on his own power after being shaken up late in the fourth.