Sunday vs. the Jets could mark the final home game for several notable Patriots

Okay, so there’s no once-in-a-lifetime, consensus greatest player ever set to hit free agency on the Patriots this season.

That isn’t to say New England doesn’t have its fair share of players who could be suiting up in the home locker room at Gillette Stadium for the final time Sunday, a list which includes several players with multiple Super Bowl championships to their credit in Foxboro. 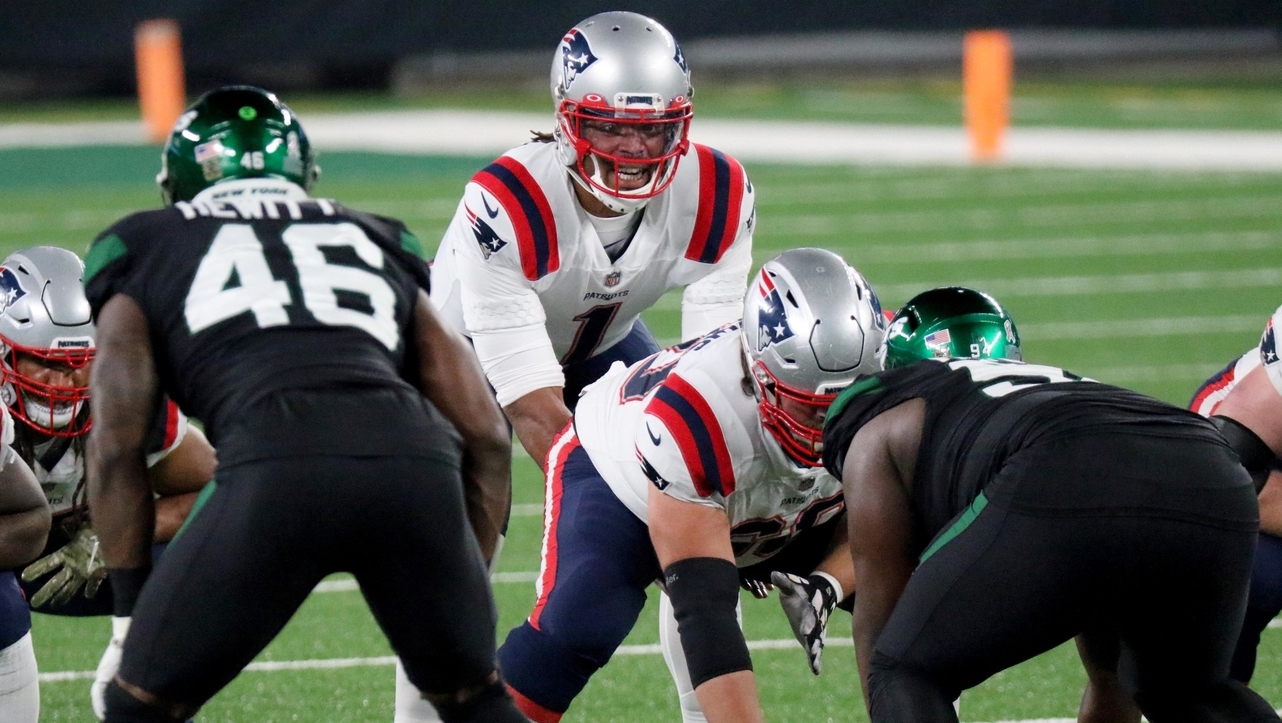 Patriots Vs. Jets Preview: Keys to a New England Victory in Week 17 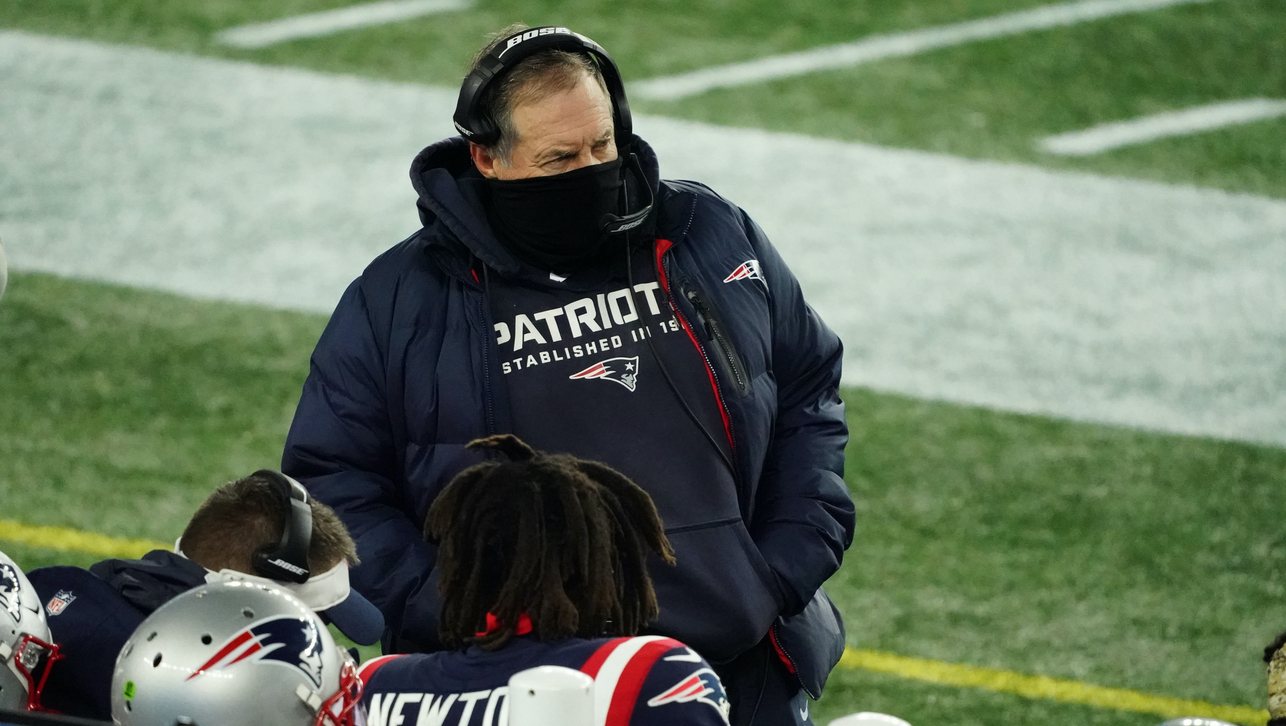 The futures of Julian Edelman and Stephon Gilmore are unclear as well, but since they are both under contract for 2021 for the time being, we’ll wait until the off-season to take a look at their cases.

Here’s where everyone falls ahead of Sunday’s finale against the Jets.

Whoever the next quarterback for the Patriots is will need a security blanket in the passing game. That player doesn’t exist on this roster at tight end, and with Edelman’s future uncertain, there’s no one at wide receiver, either. White has played in 2020 through simply awful circumstances following the death of his father in a car crash in September that also left his mother seriously injured, and that’s before getting into a lack of quarterback to get him the ball. He only has 45 catches, his fewest since becoming a regular in 2015, but that’s almost an impressive total considering all that’s gone on. A deal similar to the three-year, $12 million pact he’s finishing up would be a solid investment in White, who turns 29 next month. Kevin Faulk, New England’s great pass-catching back of yesteryear, remained productive through his age-33 season.

Andrews is probably due for a raise from the $3.4 million he earned in 2020; he was the 21st-highest paid center in the NFL and still just missed out on what would have been his first Pro Bowl berth. The former undrafted free agent from Georgia is still only 28 and successfully returned from an issue causing blood clots in his lungs that forced him to miss the entire 2019 campaign. There’s no other young center on the roster and given Andrews is unlikely to break the bank in free agency, a two or three-year deal paying him in the $4-4.5 million range annually would help protect New England’s next signal caller.

Jackson’s case is a bit more interesting, given he’s due to hit restricted free agency, a la fellow UDFA corner Malcolm Butler once upon a time. Jackson has eight interceptions in 2020, second in the league, but in games without Gilmore on the field he’s been hit-or-miss at best for the Patriots. Look no further than his performance against Buffalo’s Stefon Diggs last week.

New England has leverage with Jackson, however, and can use a first-round tender on him in offering a one-year deal worth either $4.641 million or 110 percent of his base salary from 2020 ($750,000), meaning that the team would be guaranteed to receive a first-round draft pick as compensation should another team sign Jackson to an offer sheet. In order to avoid a repeat of what happened with Butler, the Patriots can try and work out a long-term offer with Jackson; he’s certainly not yet worthy of the five-year, $65 million deal Gilmore signed prior to the 2017 season, but perhaps a “bridge deal” which would pay him closer to the top 15-20 corners in the NFL, somewhere between $10-12 million per season over three years.

First things first: the Patriots should absolutely want Thuney to return. Who wouldn’t want a versatile player who’ll start his 80th consecutive game to begin his career in Week 17?

Thuney is bound to command top dollar on the open market, however, and using the franchise tag on him for a second season in a row makes no financial sense for the Patriots. While guard Shaq Mason is on a relatively team-friendly deal over the next three seasons, is it reasonable to commit big money to both guards on a team that isn’t ready to compete for Super Bowls quite yet? Rookie Mike Onwenu is versatile, like Thuney, and can play all over the offensive line. He can be plugged in for Thuney at a fraction of the cost for the next three seasons.

With Guy and McCourty, it would be a case of moving on from a player a year early rather than a year too late. Guy turns 31 in March and has been one of the more underappreciated free agent signings of the Bill Belichick era, but he’s anchored a defensive line in 2020 that’s 27th in the NFL against the run. The McCourty twins turn 34 in August, but only Devin has a contract for next season with New England. He’s already said he plans on playing football next season; how might that affect Jason, who’s been in the NFL one season longer? Given the uncertainty surrounding both Gilmore and Jackson, it’s not crazy to see J-Mac back, but at what point do the Patriots decide to see what they have in young corners such as Joejuan Williams or Myles Bryant?

Folk has certainly earned himself a new deal, whether in New England or elsewhere. The 36-year-old is 40-for-45 on field goal attempts for the Patriots since signing midway through the 2019 season; in 2020 alone, he’s 26-for-28, a 92.9 percent conversion rate that’s eighth in the NFL. New England now has two young kickers on its practice squad, however, in rookie fifth-round pick Justin Rohrwasser and former Buccaneers kicker Roberto Aguayo, still just 26 after an ill-fated stint in Tampa to begin his career.

Time to move on: Cam Newton

Everything about signing Cam Newton made sense: a former MVP trying to prove he could still play at an elite level taking over for the greatest winner in NFL history was a daunting challenge, but one the ever-scrutinized Newton handled admirably and then some…off the field, where he won the Ron Hobson Good Guy Award as the player on the Patriots who is most helpful and accommodating with the media.

On the field, it was a different story for Newton, especially in the season’s second half. Heading into the finale, Newton is 21st in the NFL in completion percentage (65.4), 31st in passer rating (78.9) and 26th in passing yards (2,415) while throwing just five touchdown passes against 10 interceptions. He has run for 12 scores, most in the NFL among QBs, but has failed to make the simplest of throws in recent games.

It’s hard to see Newton finding a starting job in the league next year, but he’ll be an easy guy to root for to land on his feet. That place just won’t be in New England, where it’s time to embrace a full-fledged youth movement at the position Tom Brady manned for most of the last two decades.