Plenty of Opportunity for This Year's Patriots Rookie Class

The Patriots haven't drafted a Pro Bowler since 2013. This year's rookie class needs to change that

Don’t call it a youth movement, but...

Tom Brady’s departure, coupled with a number of players opting out of the 2020 NFL season due to concerns over the coronavirus pandemic, have paved the way for the Patriots to at long last embrace the fact that they need to get younger across the roster.

Playing in the Super Bowl three years in a row from 2016 to 2018 masked the fact that the bottom was ready to fall out from under the lower third or so of New England’s roster. It’s a first class problem to have, but now that Brady is gone for good and players such as Dont’a Hightower, Patrick Chung and Marcus Cannon are out for at least this season, there’s no time like the present for Bill Belichick when it comes to identifying the next great young core in Foxboro that will lead the team into his third decade at the helm.

Sure, it’s still early on the 2018 and 2019 classes. In terms of potential impact players, Sony Michel, Isaiah Wynn, Ja’Whaun Bentley, N’Keal Harry and Chase Winovich have all looked the part at one point or another.

Any contributions they make in 2020 will be welcome, but at the end of the day, the Patriots need their most recent draft class to stand out in a way that perhaps no one haul has for the team since 2010 – a full decade ago.

That class, headlined by Rob Gronkowski and Devin McCourty and supplemented by Aaron Hernandez and Brandon Spikes, came in during a transitional off-season for the Patriots. Not to the degree this one has been, what with the departure of a six-time Super Bowl champion quarterback and what not, but change was in the air then much like it is now.

In order to stay at or near the top of the hierarchy in the AFC for much longer, New England can’t afford another lost season of rookie development. As luck would have it, each of the team’s first five selections from April’s draft will be primed to play – and play a lot – right away.

Safety Kyle Dugger (second round, 37th overall), linebackers Josh Uche (2-60) and Anfernee Jennings (3-87) and tight ends Devin Asiasi (3-91) and Dalton Keane (3-101) aren’t just guaranteed to see the field as rookies; some of them will have the chance to earn starting roles, simply out of necessity. If you want to throw kicker Justin Rohrwasser (5-159) into the mix, each of New England’s first six selections will have every opportunity to make an impact.

Dugger was likely pegged for a redshirt season, but with Chung – and Duron Harmon, traded earlier in off-season – gone, the Patriots have a need at safety alongside McCourty. Does it make sense to ride Terrence Brooks or Adrian Phillips, two outstanding special teamers who have hit their ceilings as defenders, at safety, or see what the kid can do?

The answer should be obvious. Belichick didn’t make Dugger the highest-drafted player from an NCAA Division II school in 14 year for nothing. Clearly, Dugger can play, right? 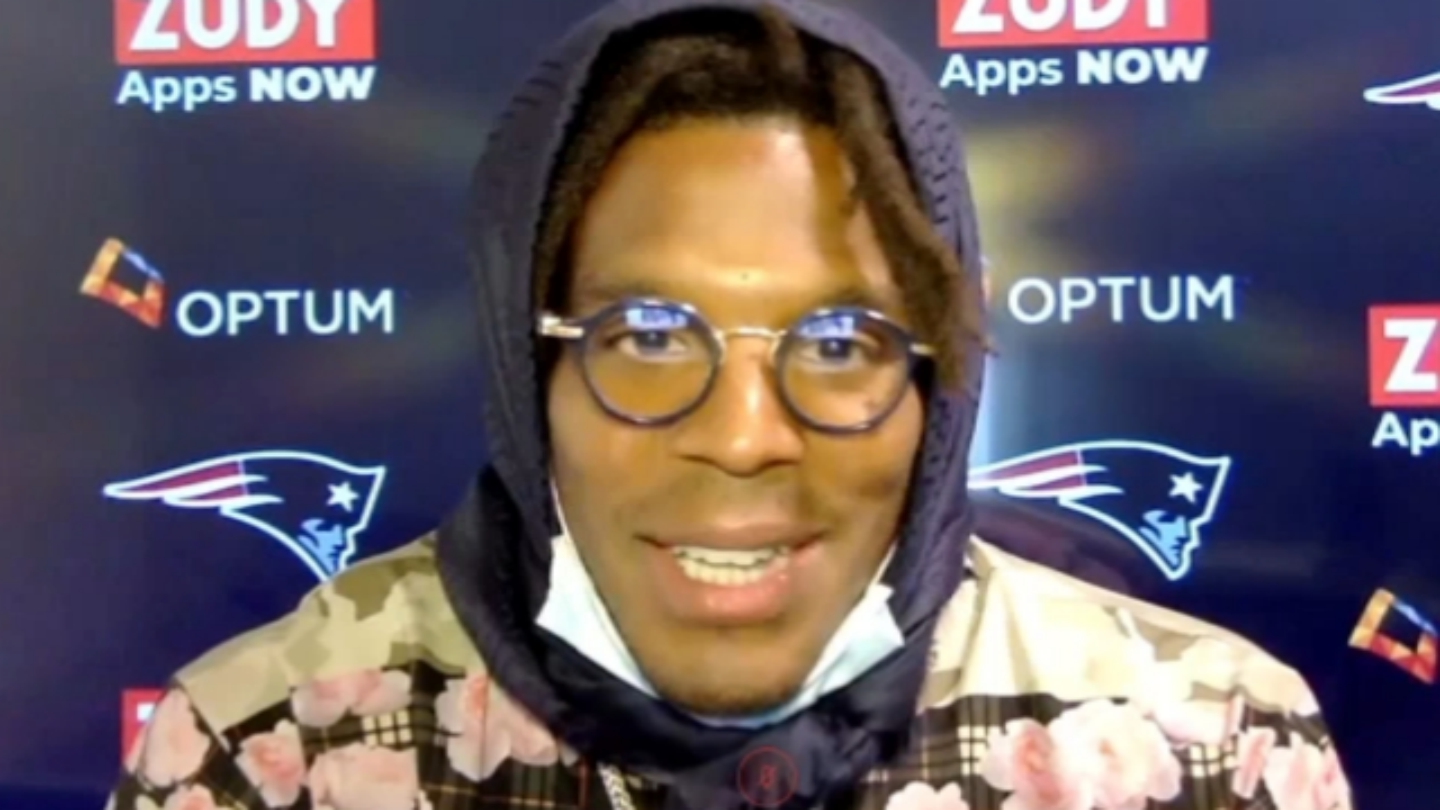 ‘I Wake Up Pinching Myself Every Day': Cam Newton on the Joy of Being a Patriot 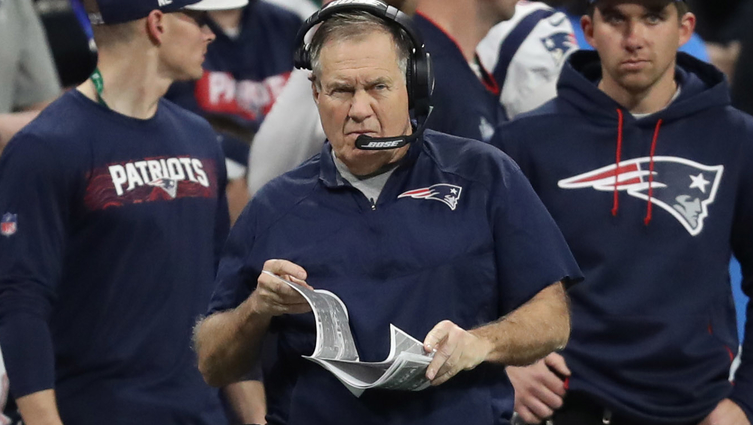 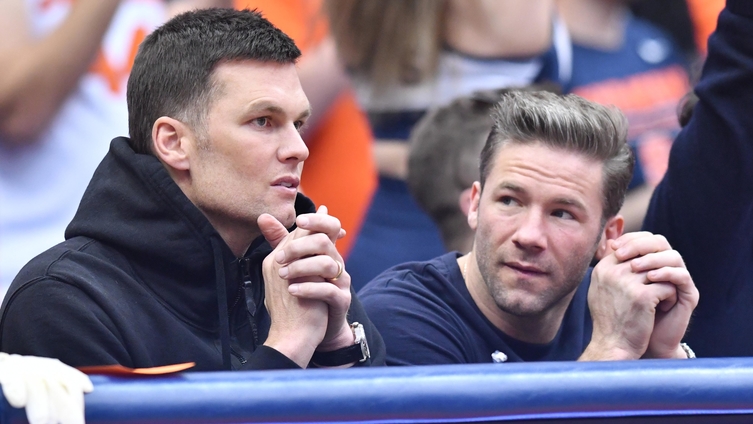 ‘I Love Him to Death, But…': Edelman Sounds Eager to Move on From Brady Questions

At linebacker, Uche and Jennings were drafted at a time when the Patriots already knew Kyle Van Noy and Jamie Collins would be gone. Sans Hightower for 2020, it’s the perfect opportunity to mold one or both players to see the field from Day 1, in much the same way Hightower did as a rookie in 2012, or even Jerod Mayo in 2008.

This feels like a pretty good time to slide in a reminder that Hightower is the second-most recent player drafted by the Patriots to earn a Pro Bowl nod at any point in his career (Collins, 2013) while Mayo was named the NFL’s Defensive Rookie of the Year.

If Uche and Jennings can’t take snaps away from the Shilique Calhouns or Brandon Copelands of the world, it will be looking like the latest lost cause.

The need at tight end is arguably even larger for New England, where play has been underwhelming for two seasons now (for anyone who thinks Tampa Bay is getting a prime version of Rob Gronkowski, please refer to the bulk of his 2018 season in Foxboro and tell yourself with a straight face there’s anything left in that tank). The Patriots haven’t drafted a tight end above the fifth round since landing Gronk in 2010, which is a sign Belichick finally acknowledged how desparate he was there.

Had Matt LaCosse not opted out, Asiasi and Keane still should have pushed him for the No. 1 spot. Now that he’s gone, there’s no excuse as to why Ryan Izzo should be seeing snaps over either youngster.

McCourty, who turned 33 on Thursday, still fills an invaluable role for the Patriots. Other elder statesmen like Julian Edelman and Matthew Slater are as prominent as ever for the Patriots as well. Even Stephon Gilmore is about to turn 30 next month, and while Cam Newton is 12 years younger than his predecessor, he’s still 31.

New England should still be a playoff team in 2020 thanks in no small part to their veterans, but just how far it goes in January could rest on the shoulders of a class of rookies who’re getting thrown into the fire like few other first-year players before.