Quarterback Neglect Is Coming Back to Haunt Belichick

It’s one of the most tried and true clichés when it comes to how the Patriots have operated under Bill Belichick, right up there with “Do Your Job” and “Next Man Up.”

Since the dawn of the dynasty, New England has executed this approach almost always to perfection. In the early days, stars such as Ty Law, Willie McGinest, Mike Vrabel and Richard Seymour were shown the door via trade or free agency, even if they were coming off of productive seasons. Better to get out ahead of their inevitable decline.

Tom Brady, 43, is as clear a candidate as there’s been for the mantra given his age. Though he’s lighting it up in Tampa Bay right now – he’s second in the league in passing touchdowns, with 18 – you can see the logic in wanting to reset, even if it meant jettisoning the greatest winner in NFL history.

Devising a plan is one thing. Executing it is another matter entirely, and through seven weeks of the 2020 season, Belichick’s decision to treat quarterback just as any other position on the roster looks primed to fail as spectacularly as any decision he’s made in 20 years in Foxboro.

This goes back beyond March, when Brady signed with the Buccaneers. The Patriots have been reckless with their depth at the position since 2017, when at one point they still had Brady, Jimmy Garoppolo and Jacoby Brissett on the roster.

Trading Garoppolo a month later? Completely and utterly inexcusable and borderline negligent, and that’s before you get into the return of a measly second-round draft pick.

What made sense in dealing Garoppolo at the time was that at least there were no more secrets: the Patriots were apparently going to ride or die with Tom Brady until he was at least 45, an age he’d stated he intends to play to more than a few times. Yet in the aftermath of Super Bowl LII, New England’s loss to the Eagles, Brady wanted to take owner Robert Kraft up on a pact they’d made nearly a decade earlier, as reported in The Dynasty. 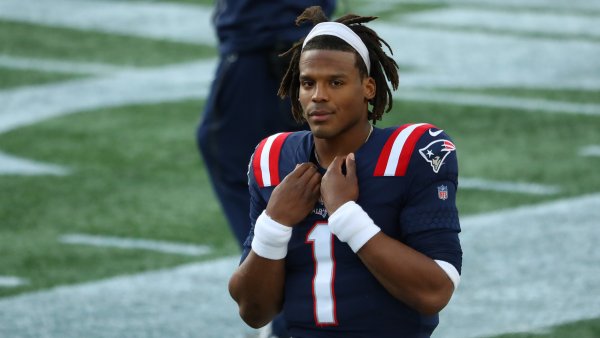 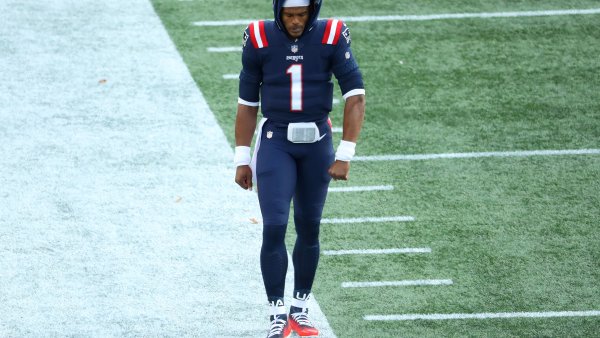 For Brady to be gone two years – and another Super Bowl title – later, without any compensation, goes against just about every basic tenet of how Belichick has kept New England so competitive for so long.

Quarterback, the most important position in team sports, is worthy of more attention than other positions. The Patriots paid plenty of attention at linebacker, though, when Tedy Bruschi was nearing the end of the road, investing a first-round pick in Jerod Mayo. When Matt Light was getting long in the tooth at left tackle, the team spent a first-round pick on Nate Solder. Wide receiver Wes Welker’s contract was coming up, the team had Julian Edelman waiting in the wings and signed Danny Amendola on Day 1 of free agency.

The list goes on: Rodney Harrison's aging? Draft Brandon Merriweather at safety. Laurence Maroney drafted as Corey Dillon runs out of gas at running back. Not every move worked exactly as planned, but you can’t fault the team for trying.

While no young replacement can be directly tied to the aforementioned Law, McGinest, Seymour or Vrabel, the team received adequate draft capital in the cases of Seymour (first-round pick) and Vrabel (traded along with Matt Cassel for a second-round pick). Why be so nonchalant about quarterback?

Cam Newton is the variable that at one point looked poised to cover Belichick’s missteps when the Patriots signed him in late June. Through two weeks, the arrow was certainly pointing that way.

Since then, for what could be a myriad of reasons – COVID-19, injury, a fluke, regression – Newton is no longer making Belichick look like a genius.

This isn’t an indictment of Newton, per se, who could still find himself as he moves further away from his bout with the coronavirus. It’s more an indictment of waiting more than three months following the departure of, again, the greatest winner in the 100-year history of the NFL, to address quarterback.

With Garoppolo and Brissett both gone, New England had a chance in the 2018 draft to find another potential replacement for Brady, armed with the knowledge that he was growing frustrated in Foxboro. Instead, all it did was take a flier on LSU quarterback Danny Etling in the seventh round. Lest we forget, the Patriots passed on Lamar Jackson, the 2019 MVP, twice in the first round.

New England went on to win Super Bowl LIII with Brady and Brian Hoyer back in the fold. More success! But with the final year of Brady’s contract looming in 2019, the Patriots once again passed on taking a quarterback in the first three rounds of the draft, settling instead on Jarrett Stidham in the fourth.

Put aside for a second that Stidham looks like he can’t play, though it's hard to do, as he’s thrown four interceptions in just 27 career pass attempts. There’s nothing wrong with the draft pick so long as you’re covered atop the depth chart for at least the next several seasons. If he develops, great; if not, at least you had a few seasons worth of evidence in practice and mop-up duty. That’s what New England had with Garoppolo and Brissett.

The jury remains out on Garoppolo as a bona fide franchise quarterback, even as he approaches his 29th birthday next week. If nothing else, he would have represented consistency in Foxboro, proof that Belichick really does treat quarterback the same as every other position.

Instead, the Patriots have backed themselves into a corner in which the best-case scenario is that Newton’s performance the last several weeks can be attributed to injury, illness or both. And if Newton simply isn't the player he once was, the team has no long-term solution under center.

Stidham appears to be the worst quarterback drafted by New England since the team burned a third-round pick on Kevin O’Connell in 2008 – one year after Brady had the best single-season ever by a quarterback, for what it’s worth – and Brian Hoyer remains Brian Hoyer.

Complicating matters has been a similar neglect at tight end, where prior to April’s selections of Devin Asiasi and Dalton Keene, the Patriots hadn’t drafted a player higher than the fourth round since Rob Gronkowski and Aaron Hernandez in 2010. It’d be laughable if it wasn’t so sad to see what’s become of the position post-Gronk. There’s blame at other positions on offense, too, but it’d be hard for any quarterback to succeed with such a black hole at tight end. Doesn’t help that neither Asiasi nor Keene have made an impact yet, either.

Belichick has been so good for so long at having succession plans in place for the Patriots. Even this past April, the team spent its first draft choice on safety Kyle Dugger, with both Devin McCourty and Patrick Chung on the wrong side of 30.

But quarterback inexplicably fell through the cracks the last several years as the Patriots treated the position differently from the others for all of the wrong reasons.

If nothing else comes from what’s quickly spiraling into a lost season, we may soon have our chicken-or-the-egg answer when it comes to Brady and Belichick.