Following an impressive preseason in which rookies flashed up and down New England's roster, contributions from the majority of those same first-year players on the Patriots have failed to materialize.

Even without much of a youth infusion, New England remains 11-3 and in the driver's seat to secure the No. 2 seed in the AFC playoff picture and the first-round bye that comes with it.

Not all hope is lost for the future, but there's no sugarcoating that what was shaping up as an epic rookie class has been slightly underwhelming through the first 14 contests of the regular season.

Who may the team have missed on in the draft? Here's a look at the 10 players the Patriots actually spent a draft pick on last April — plus one notable undrafted rookie — and where they stand with the playoffs just around the corner.

More on the Pats 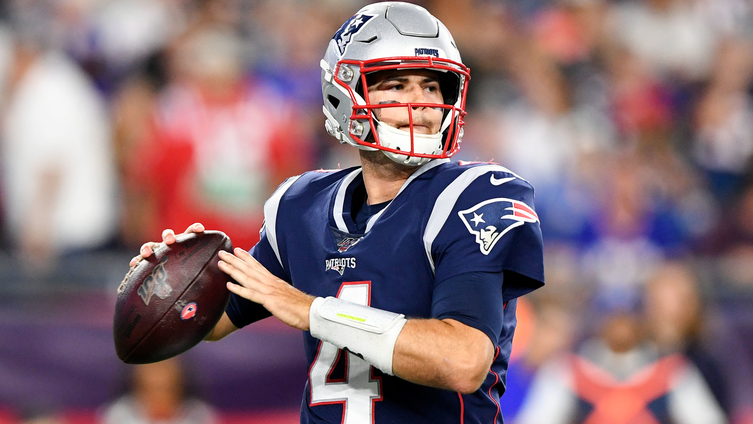 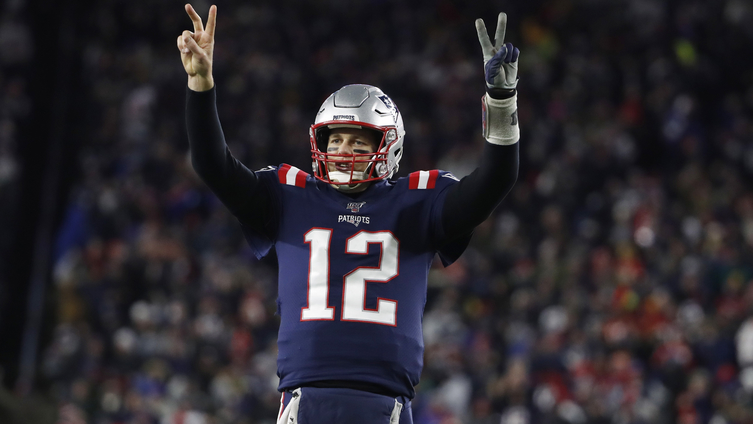 The fact that Harry's four touches (two catches, two rushes) for 37 yards and a receiving touchdown last Sunday vs. the Bengals was so well received is indicative of the slog it's been to even get to that point.

Still, including the touchdown-that-wasn't against the Chiefs, that's three scores in the last four games for Harry. Josh McDaniels has made good on his promise to get the former Arizona State Sun Devil involved.

Harry's size (6-foot-4, 225 pounds) makes him unique among the weapons currently at Tom Brady's disposal. An astounding 13 rookies currently have more receiving touchdowns than Harry though, and only three were drafted ahead of him. Seattle's D.K. Metcalf, taken with the final pick of the second round, has 52 catches for 819 yards and six touchdowns. Deebo Samuel has 48 catches for 669 yards and three touchdowns for San Francisco, which drafted him four picks after Harry, while A.J. Brown has 47 catches for 893 yards and seven scores for Tennessee, which took him with the 51st overall pick.

All Williams has had to contend with on the depth chart this season is the consensus Defensive Player of the Year in Stephon Gilmore, the highest-rated cornerback of the first half per Pro Football Focus in Jonathan Jones, J.C. Jackson and his five interceptions and the reliable veteran Jason McCourty.

There was almost no scenario in which Williams, or any rookie cornerback, was going to contribute for the Patriots in 2019, but with Jones and McCourty both battling various injuries, he could get a baptism by fire down the stretch.

Don't go lumping Williams in with second round cornerback busts like Ras-I Dowling, Cyrus Jones or Terrence Wheatley. Those guys all got chances to show they couldn't play. Williams simply hasn't had the opportunity.

Winovich exploded onto the scene for the Patriots, racking up four sacks in his first four games.

Since then, however, he has just 1.5 sacks and has seen a steady decrease in playing time, even following the exile of fellow defensive end Michael Bennett. After playing 57% of New England's defensive snaps against the Steelers in Week 1 and 42% against the Dolphins in Week 2, Winovich has cracked 40% again just once over the last 12 games.

With 5.5 sacks, he's currently sixth on the all-time list among rookies for the Patriots — ahead of Willie McGinest, who was drafted fourth overall in 1994. He's tied for fourth in the NFL among rookies in sacks in 2019, with three of the other players atop the leaderboard drafted before him.

There are two trains of thought with Harris. The first is that despite an underperforming Sony Michel and a chronically injured Rex Burkhead in front of him, he's still only appeared in two games for the Patriots.

The second, more plausible scenario is that Harris, like James White and Shane Vereen before him, is in effect red shirting his rookie season for New England before becoming an integral piece of the attack moving forward.

The truth lies somewhere in between. Harris has been inactive the last five weeks due to injury, which certainly isn't a good sign given the health issues both Michel and Burkhead have also been plagued with. But running back coach Ivan Fears has made it a point to say just how talented the players in front of Harris are on the depth chart this season, meaning it's likely the first real chance Harris gets to contribute will come in 2020.

Every running back who's surpassed 500 yards rushing as a rookie in 2019 (Josh Jacobs, Devin Singletary, David Montgomery and Miles Sanders) was drafted before Harris.

The two linemen who've wound up on injured reserve get lumped in together since A) neither have taken a snap in 2019 and B) only two offensive linemen drafted after them have been primary starters for their teams in Michael Jordan, a guard for the Bengals, and David Edwards, a tackle for the Rams.

You can't help but wonder if either could have chipped in at left tackle in the absence of Isaiah Wynn though, or perhaps even spell Shaq Mason or Marcus Cannon amid their injuries. With Joe Thuney set to be an unrestricted free agent, keep an eye on Froholdt, who played guard at Arkansas.

Unless you're a big Gardner Minshew II fan (sixth round, 178th overall to Jaguars), there's no quarterback drafted after Stidham worth losing sleep over.

It would have been nice if Stidham's debut against the Jets, in which he threw a pick-six, went a little more smoothly. Perhaps that's why Bill Belichick remains hesitant to take Tom Brady off the field at any juncture, injured elbow or not.

Stidham feels like a safe bet to be back on New England's roster as a backup in 2020. Who exactly he's backing up is another question for another time.

Cowart has appeared in just five games for the Patriots, playing 43 snaps between the games and recording one solo tackle.

He had 1.5 sacks in the preseason, so there may be something there with Cowart in the future, but the Patriots have very solid depth on the interior line between Lawrence Guy, Danny Shelton and Adam Butler.

Trading up for the right-footed punter wound up paying off for the Patriots, as Bailey is second in the NFL in punts inside the 20 in 2019 with 33.

Amazingly, Bailey was the second punter off the board. San Francisco drafted Mitch Wishnowsky in the fourth round, who's tied for 20th in the league with 19 punts inside the 20.

The antepenultimate pick of the draft, Webster has appeared in eight more games than either of the two players drafted behind him. Thing is, he did it for the Dolphins, not the Patriots, before landing on injured reserve. New England waived Webster during final roster cuts on Sept. 1.

Meyers (23 catches for 334 yards) is second among undrafted receivers in both receptions and receiving yards to Preston Williams, who has 32 catches for 428 yards for the Dolphins.