"It was very clear to us that this move would come with a lot of fan backlash. I think that we had to prioritize what we thought was right in the big picture for the Red Sox over the fan reaction."

"I want to say thank you to Mookie and thank you to David," Bloom said just hours before pitchers and catchers were due to report to spring training. "Both of these men have made places for themselves in Red Sox history that will never be forgotten. They excelled on the field, they played with passion, grit and intensity, and they helped bring a world championship to Boston."

Bloom acknowledged how much both players have given to Boston fans, calling them special both on the field and off.

"We are so grateful to them for the joy that they’ve brought to Red Sox Nation,” said Bloom.

Betts, the 2018 MVP, and Price, a five-time All-Star who won the AL Cy Young Award in 2012, are going to the Dodgers along with cash considerations in exchange for outfielder Alex Verdugo and two prospects: infielder Jeter Downs and infielder/catcher Connor Wong.

"This return met that bar," Bloom said of what Boston is getting out of the blockbuster deal. “Our overarching goal is to maintain a talent base that puts us in position to win as much as possible for years to come. That goal was front and center for us as we considered this trade. We have a talented major league roster, and we fully expect to compete for the postseason in 2020. By adding Alex Verdugo, Jeter Downs, and Connor Wong to the organization, we are in better position to sustain that competitiveness in the years ahead. We are excited to welcome all three of them to the Red Sox family.” 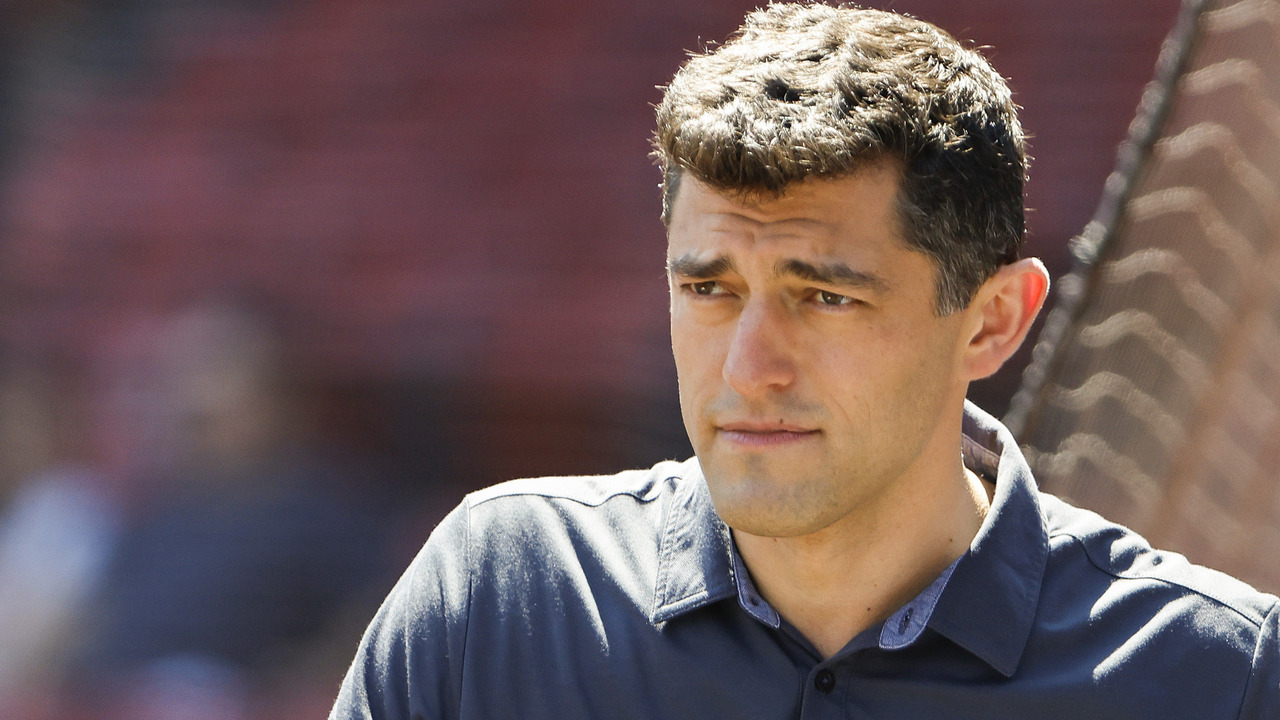 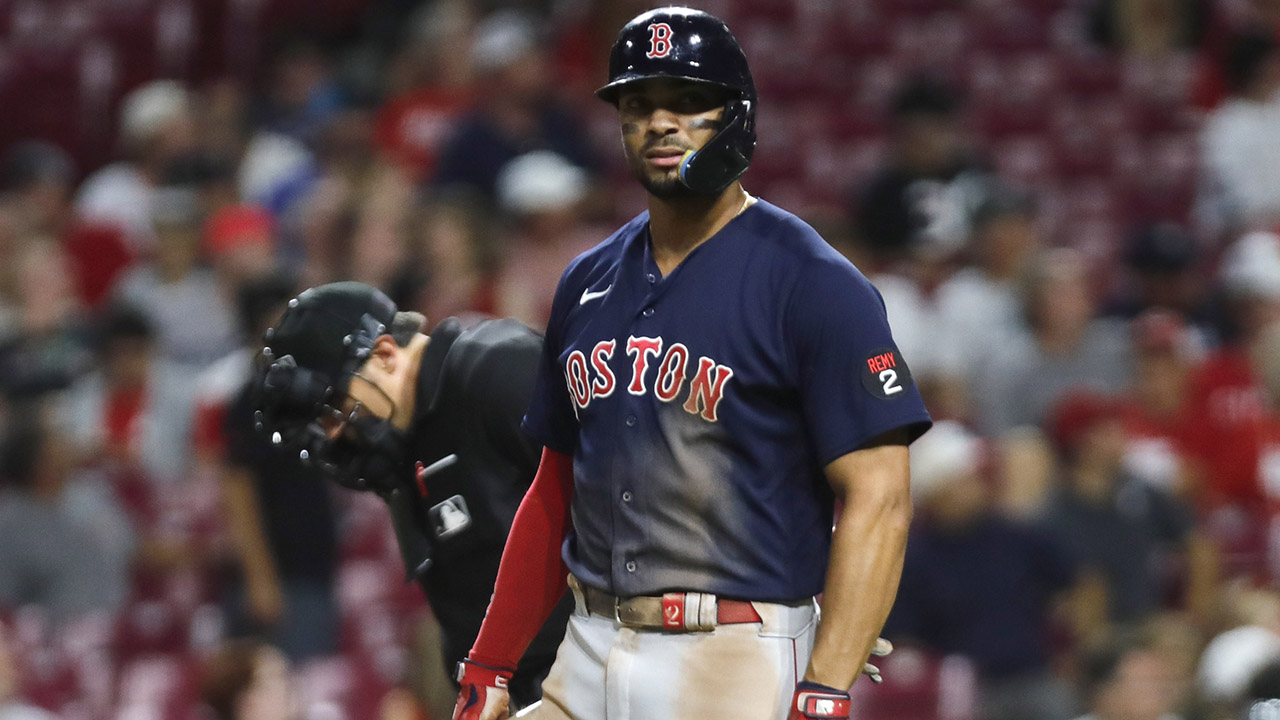 Previously, the Red Sox had agreed to a three-team deal involving the Twins, in which the Dodgers sent Verdugo to the Red Sox and pitcher Kenta Maeda to Minnesota, who then sent pitching prospect Brusdar Graterol to Boston. That deal reportedly fell through due to Boston's medical analysis of Graterol.

After days of continued talks, the Dodgers and Twins worked out a separate deal involving Maeda and Graterol, and the Dodgers instead added Downs and Wong to the Red Sox' return.

Bloom says this was a hard trade to make and one the team knew would come with a lot of fan backlash, but ultimately the Red Sox made the decision because the organization feels this will make the team competitive for the long haul, focusing on the bigger goal.

"It was very clear to us that this move would come with a lot of fan backlash. I think that we had to prioritize what we thought was right in the big picture for the Red Sox over the fan reaction. It certainly did not catch us off guard," Bloom said. "Obviously, we know the type of player Mookie is, we know how much he matters to our fans. We knew it would hurt. And it's going to hurt for a little while. But again, the big picture was our biggest priority."

Red Sox Chairman Tom Werner echoed that sentiment, saying in a statement that the trade "illustrates the difficult decisions necessary to achieve our goal...ultimately, we believe that this will set us up for sustained long-term success."

Team owner John Henry also acknowledged what a special player Betts is, saying in a statement that he recognizes this will be difficult for fans to come to terms with.

Henry went on to say that while the organization had very much wanted to see Betts in a Red Sox uniform for the entirety of his career, they believe in the decision they have made.

"In trading a great player, a beloved player, we recognize how incredibly difficult this is for fans who fully understand just how special Mookie is," team owner John Henry said in a statement. "While the organization in its entirety very much wanted to see Mookie in a Red Sox uniform for the length of his career, we believe in this decision as we are responsible and accountable for both the present and the future of the Red Sox. We thank Mookie for his incredible contributions, both on and off the field."

Betts, a fifth-round selection in the 2011 June Draft, has spent his first nine professional seasons in the Red Sox organization. He finished in the top 10 in American League MVP voting in each of the last four years, finishing as the runner-up in 2016 and winning the award in 2018.

In five full major league seasons, Betts also won a Gold Glove Award and earned an All-Star Game selection in each season from 2016-19, in addition to garnering Silver Slugger Awards in 2016, 2018, and 2019.

In 2018, Betts won the AL batting title and earned the MLBPAA’s Heart and Hustle Award, helping lead the Red Sox to a World Series title.

“Both David and Mookie earned legendary status in Boston in 2018,” said President and CEO Sam Kennedy. “Mookie, becoming the only American League player to win a World Series, MVP, Gold Glove, and Silver Slugger in the same year, and David, with his memorable postseason run as the winning pitcher who clinched both the AL pennant and the club’s ninth World Series Championship. Their time in Boston will always be remembered as historic.”

“David’s arrival in Boston paved the way for a historic chapter for the Red Sox,” Henry continued. “His presence at the top of our rotation was critical to winning three consecutive division championships, and his 2018 Postseason performance put both his talent and tenacity on full display. We appreciate what both Mookie and David brought to our club, and are grateful that they will forever be Red Sox World Series Champions.”

The Red Sox remain without a manager three weeks after firing Alex Cora for his role in the Houston Astros' 2017 sign-stealing scandal. Despite reports that bench coach Ron Roenicke would be the team's next manager, Bloom said no official decision has been made on Cora's replacement. The Red Sox executive would not get into if they are waiting to announce someone until the Major League Baseball sign-stealing investigation is complete.