Team USA Gets 121 Medals at the Rio Olympics, Its Most Ever (Minus a Couple Asterisks)

There's a good reason to rule out the 1904 and 1984 Olympics: the U.S. didn't face much less competition

The 2016 Olympics might just be the United States' best ever. You just have to overlook a couple of things.

In the gym, the pool, the track and more, these Olympics have been a smashing success for American athletes. For the fourth and last time, Michael Phelps led the way — his five golds and one silver are the most for any athlete in Rio. Swimmer Katie Ledecky and gymnast Simeone Biles had the next most with five each.

"This experience has been the dream of a lifetime for me," said Biles, who is carrying the American flag in Sunday's closing ceremony. 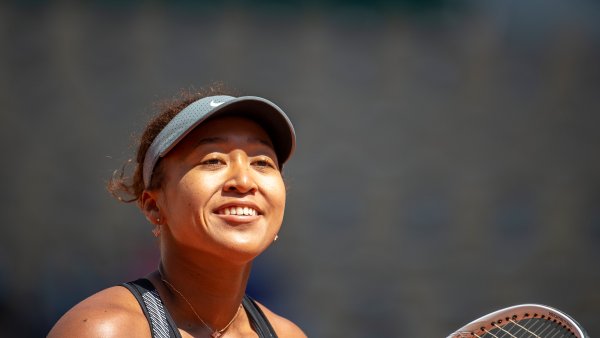 In all, Team USA earned 121 medals over two weeks, finishing off on Sunday with yet another gold in men's basketball, an Olympic sport the U.S. practically owns. The performance was so dominant that the U.S. has more gold medals, 46, than all but three other countries managed to win total.

Off the field, of course, it's been more of a mixed bag. Ryan Lochte's late night out on the town with a few swimming teammates turned into a near international incident, a real black eye for American athletes in Rio. It completely overshadowed other moments, even reports that some in the U.S. men's basketball team visited a brothel in the city.

But those incidents notwithstanding, the American medal total is its best in a century, if you don't count the 1984 Games in Los Angeles. And there's a good reason you shouldn't

The U.S. took 174 medals that year in part due to the fact that the era's other athletic super power, the Soviet Union, boycotted those Olympics . To give a sense how good the USSR was, the nation won 197 medals when the U.S. boycotted the 1980 Games in Moscow.

The best Olympic Games for the U.S., or any country, was a staggering 239 medals won in the 1904 Olympics in St. Louis, according to the International Olympic Committee, but even they admit that the four-month-long St. Louis Games were badly organized, "lost in the chaos of a World's Fair."

There were 651 athletes competing in the 95 events in St. Louis, but only 12 countries participated, so there wasn't much competition for American athletes. That's another major asterisk.

Take those games out and America's 121 medals in Rio makes it the country's best performance ever, topping the 110 medals Team USA won in 2008.

By now, the Americans winning the medal race is almost commonplace. But the significance in Rio were the sheer amounts of hardware. The margin between first and second in the overall medals race this year tops all others (the boycotted games of 1980 and 1984 excluded) since the Americans won 67 more medals than Italy did at the 1932 Los Angeles Games.

"We weren't sure we were going to have that kind of success coming in," said USOC CEO Scott Blackmun, noting the track and swimming teams had plenty of first-time Olympians.

But before you start up another "U-S-A!" chant, there's an asterisk for the U.S. in Rio, too. Over a quarter of Russia's athletes were banned from competing in these Olympics after a World Anti-Doping Agency investigator alleged Russia covered up doping for years.

Here's how the top five countries stacked up at the Rio Olympics: