Watch Trailer for New Simone Biles Docuseries ‘Simone vs Herself'

Simone Biles' fans have always been thrilled watching her strut her stuff on the gymnastics mat — and now a new Facebook Watch docuseries will give them a behind-the-scenes look into the superstar athlete's life.

On Tuesday, the streaming service released a trailer for "Simone vs Herself," a seven-part series that follows the four-time Olympic gold medalist as she prepares — both mentally and physically — to compete in the postponed Tokyo Olympic Games.

The trailer opens on Biles, 24, and her mom, Nellie, as Biles reminisces about the story behind one of her earliest medals.

"This is my first world medal," says the athlete, holding up an award stamped "2013 Antwerp" to the camera.

"I remember my coach telling me, 'You can't do anything wrong at this point. Go out there and make a name for yourself. You have nothing to lose.' And I was like, 'You know what, you're right, I am a nobody!'" Biles recalls, laughing.

Of course, Biles didn't remain a "nobody" for long. After being crowned the all-around world champion at age 16 that year in Antwerp, she's gone on to become the most decorated American gymnast of all time. 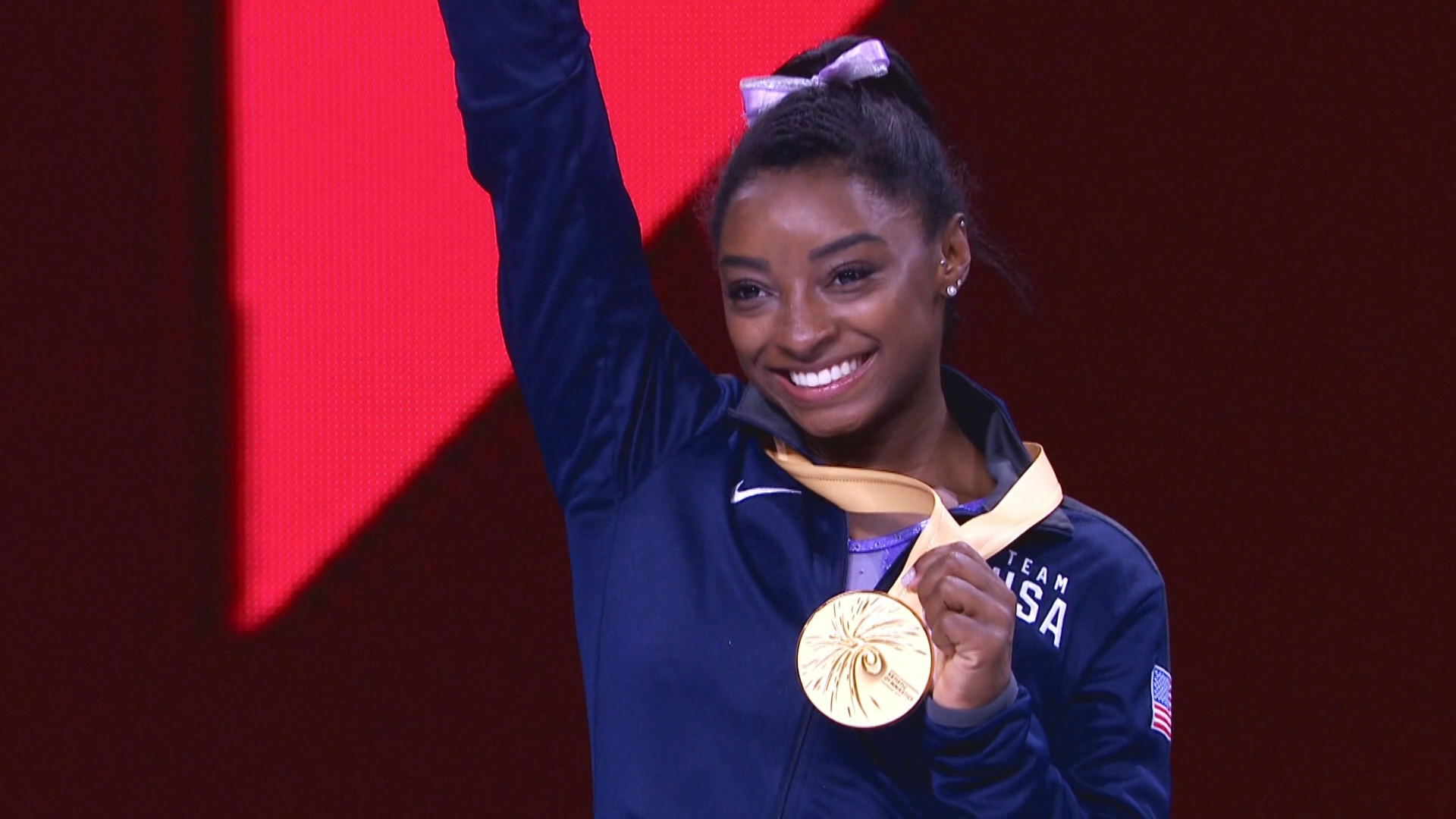 Simone Biles on Her Unprecedented Return to Gymnastics 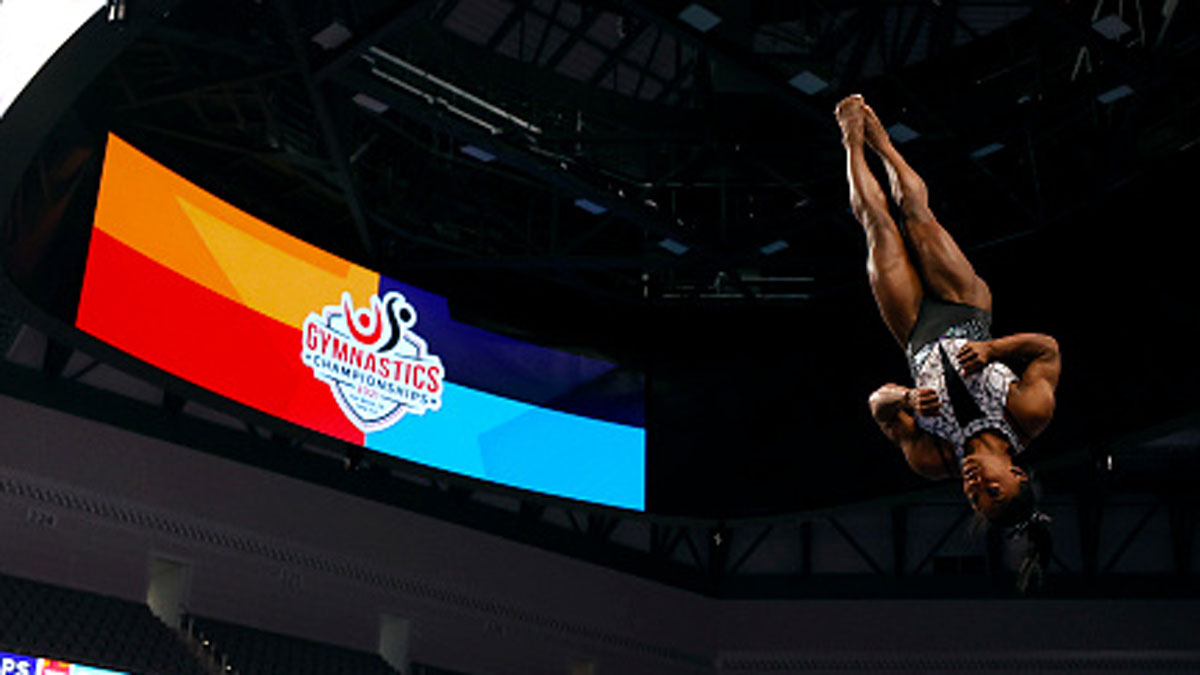 Seven for Simone; Biles Claims Another US Gymnastics Title

The 19-time world champion also talks in the trailer about her need to be "human" when she's not competing, as viewers see footage of her splashing around in a pool during some downtime.

But it's clear the delayed Tokyo Games weigh heavily on Biles' mind.

"I never imagined the Olympics would be postponed," she shares in a voiceover as images of her practicing her sport flash across the screen.

"Having to come back, am I going to be just as good?" she wonders. "Can I do it again?"

"Simone vs Herself," directed by Gotham Chopra, premieres Tuesday, June 15.