The death of George Floyd in Minneapolis has inspired people across the U.S. to demand sweeping changes to police departments and the way officers accused of wrongdoing are prosecuted

Across the country, demands are growing louder for reforms to policing and the justice system.

A large crowd gathered Monday evening in Cambridge, Massachusetts, where protesters demanded funding for Cambridge police be redirected and used for community programs.

Protesters have been calling for police departments to be defunded and demilitarized.

There were similar sentiments echoed at a protest Sunday in Boston where the ANSWER Coalition called, among other things, for cities to defund police departments and refocus efforts on community safety.

"We want war and and racism to end here at home and abroad," said organizer Joe Tache, who listed defunding the police and fully funding social services as a goal.

Sunday's protest in Boston came the same day as a majority of the Minneapolis City Council pledged to dismantle that city's police department following the death of George Floyd.

Brock Satter of Mass Action Against Police Brutality was also at Sunday's demonstrations in Boston. He grew up in Minneapolis and said he understands why the city council is taking such drastic steps given the city's history.

"This city actually had four high-profile police brutality cases in the last four years, which I don't think any other city has went through," he said.

More on the unrest in America 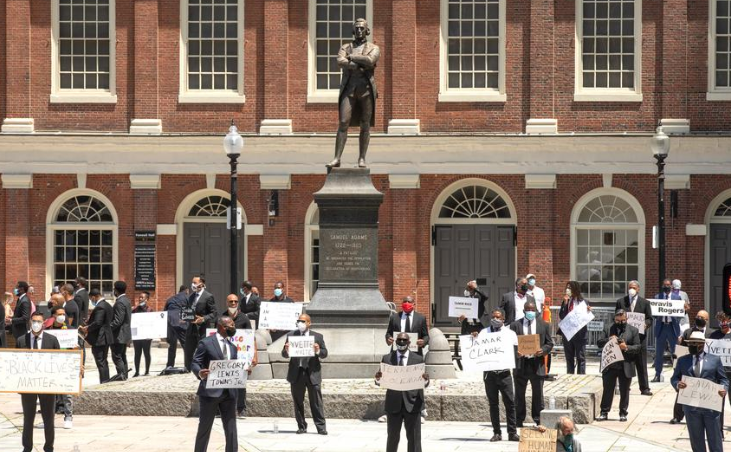 In Minneapolis, Rage Over George Floyd Extends Beyond Cops