In a statement, Campbell urged Walsh to make changes within two months, adding the city should adopt guidelines around the use of force put forward by former President Barack Obama.

“In the last week, elected officials across this country have spoken out against the murders of George Floyd, Breonna Taylor, and Ahmaud Arbery,” Campbell said. “Now it’s time to go beyond words and commit to real action.

“I’m calling on Mayor Walsh to commit Boston to making real, tangible changes to Boston Police’s use-of-force policy, to ensure that the next George Floyd is not a young person of color from our city.”

Former President Barack Obama called on all mayors in the United States to review their use of force policies in an effort to identify areas where local municipalities can help curb police misconduct.

Protests have swept across the nation following the deaths of George Floyd, Breonna Taylor and Ahmaud Arbery. Floyd, a black man, died after a Minneapolis police officer knelt on his neck for several minutes. Taylor, a 26-year-old black woman, was killed by police during a warrant search in Kentucky. Arbery, 25, was killed while running on a residential street in Georgia.

Earlier this week, the Obama Foundation called on local officials to review and reform police use of force policies.

Campbell said the city did not have policies in place requiring officers to deescalate situations through communication; stop excessive force used by other officers; give verbal warnings when possible before shooting at a civilian, and to make a report each time they use force or threaten to use force on civilians.

More demonstrations are planned in Boston Thursday as protesters continue to call for an end to structural racism and justice following the death of George Floyd.

“Boston should adopt these four national policy recommendations immediately. We can set a national example in police reform, but only if we commit to making the changes necessary to force real accountability," she said.

Campbell says black Bostonians make up nearly three quarters of all “stop and frisk” incidents in the city -- despite making up roughly a quarter of Boston’s population.

She also called on Walsh to establish a civilian review board for complaints against police; fully implement the police body camera program; and create a public safety dashboard where residents can track police interactions with residents. 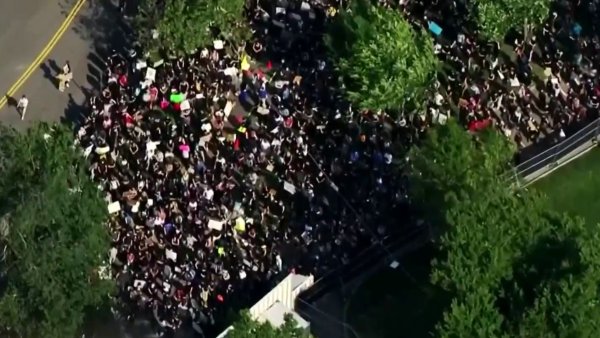