Sen. Ed Markey and Rep. Joe Kennedy III, locked in a Senate Democratic primary race, both spoke at the rally at the State House

Essential workers in Massachusetts walked off the job Monday as part of nationwide events to protest systemic racism and economic inequality that has worsened during the coronavirus pandemic.

The strikers held a rally at the State House in Boston starting at 9 a.m., joining those in other cities around the country as part of the event.

Sen. Ed Markey, who is running for reelection against Rep. Joe Kennedy III, lashed out at President Trump, calling him a racist and saying he is putting workers' lives at risk.

Dr. Paul Zeitz, an author and human rights advocate, says that the U.S. needs to go beyond police reform to tackle the systemic racism at the core of the

Dubbed the “Strike for Black Lives,” labor unions, along with social and racial justice organizations from New York City to Los Angeles, participated in a range of planned actions. Where work stoppages were not possible for a full day, participants planned to either picket during a lunch break or observe moments of silence to honor Black lives lost to police violence, organizers said.

Among the strikers were essential workers: nursing home employees, janitors and delivery men and women. Fast food, ride-share and airport workers are also expected to take part in planned events.

The strikes continued an ongoing global reckoning on race and police brutality set off by the death of George Floyd, a Black man who died at the hands of Minneapolis police in late May. At noon in each U.S. time zone on Monday, workers were expected to take a knee for about eight minutes — the amount of time prosecutors say a white police officer held his knee on Floyd’s neck.

Strikers demanded sweeping action by corporations and government to confront systemic racism and economic inequality that limits mobility and career advancement for many Black and Hispanic workers, who make up a disproportionate number of those earning less than a living wage. 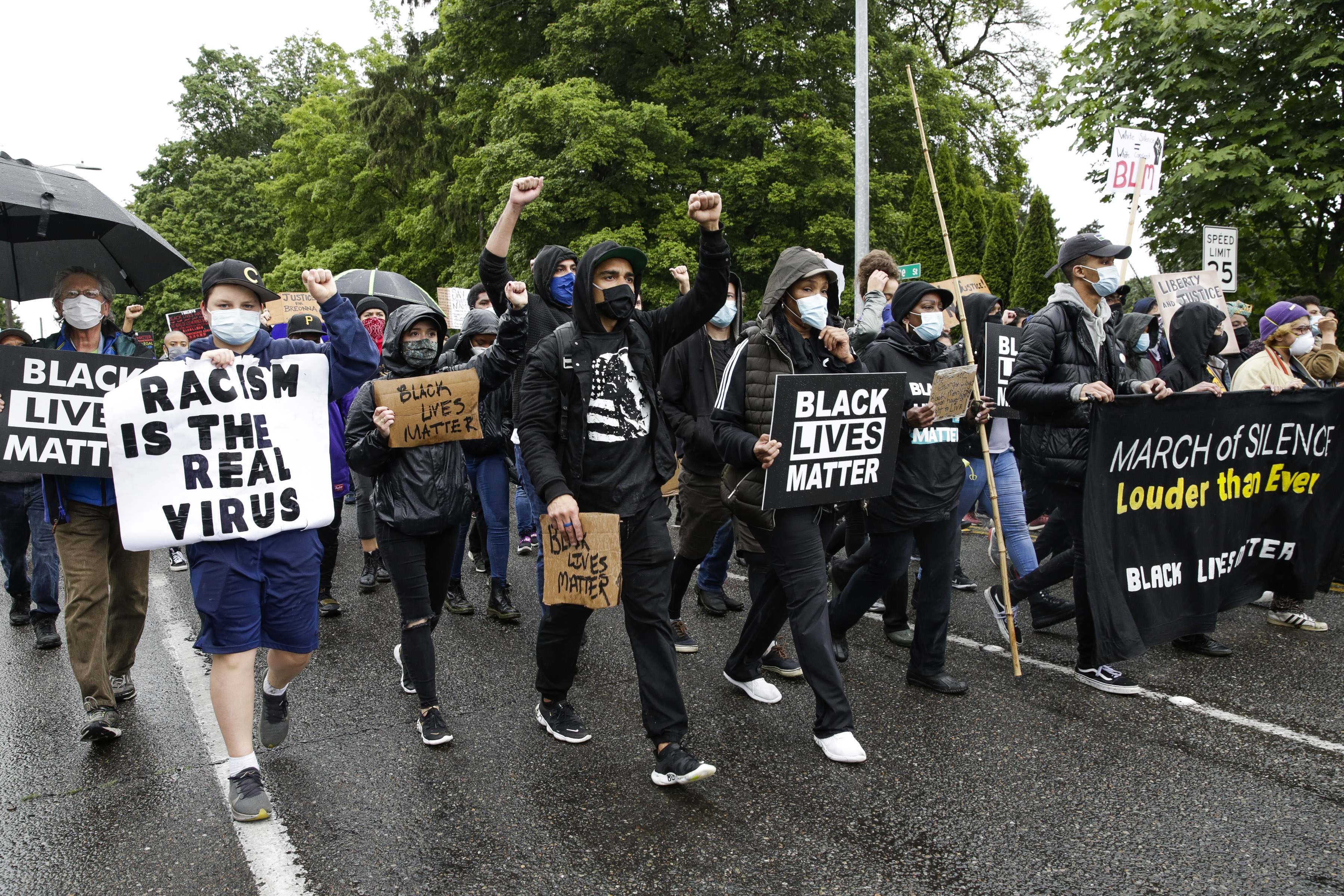 Specifically, called on corporate leaders and elected government officials to use executive and legislative power to guarantee people of all races can thrive. That demand includes raising wages and allowing workers to unionize to negotiate better health care, sick leave and child care support.