Another warm day is on tap Tuesday ahead of an approaching cold front that will trigger showers and thunderstorms across the region in the afternoon and evening.

Wildfire smoke from fires burning across the western U.S. and Canada will be around again Tuesday, though not nearly as bad as Monday.

High temperatures will top out in the upper 80s to near 90 degrees. Scattered showers and thunderstorms will begin to develop across western areas between 5 and 6 p.m. before moving into the Boston metro area by 8 to 9 p.m.

Due to loss of daytime heating, we're expecting the severe threat to remain diminished. Some storms may contain damaging wind gusts. A secondary round of showers and thunderstorms may develop after midnight in response to an area of low pressure developing along and behind the cold front that will be moving across southern New England.

Lows overnight will drop down into the 60s. Showers will linger into the morning on Wednesday, with drier air moving into the region by the afternoon. We're expecting clouds to eventually give way to breaks of sun, with scattered showers possible across the interior.

A much cooler air mass moves in Wednesday, with highs reaching into the mid to upper 70s and low 70s at the coast.

On Thursday, we're expecting mostly sunny skies to give way to cloudy skies, with highs in the mid 70s. 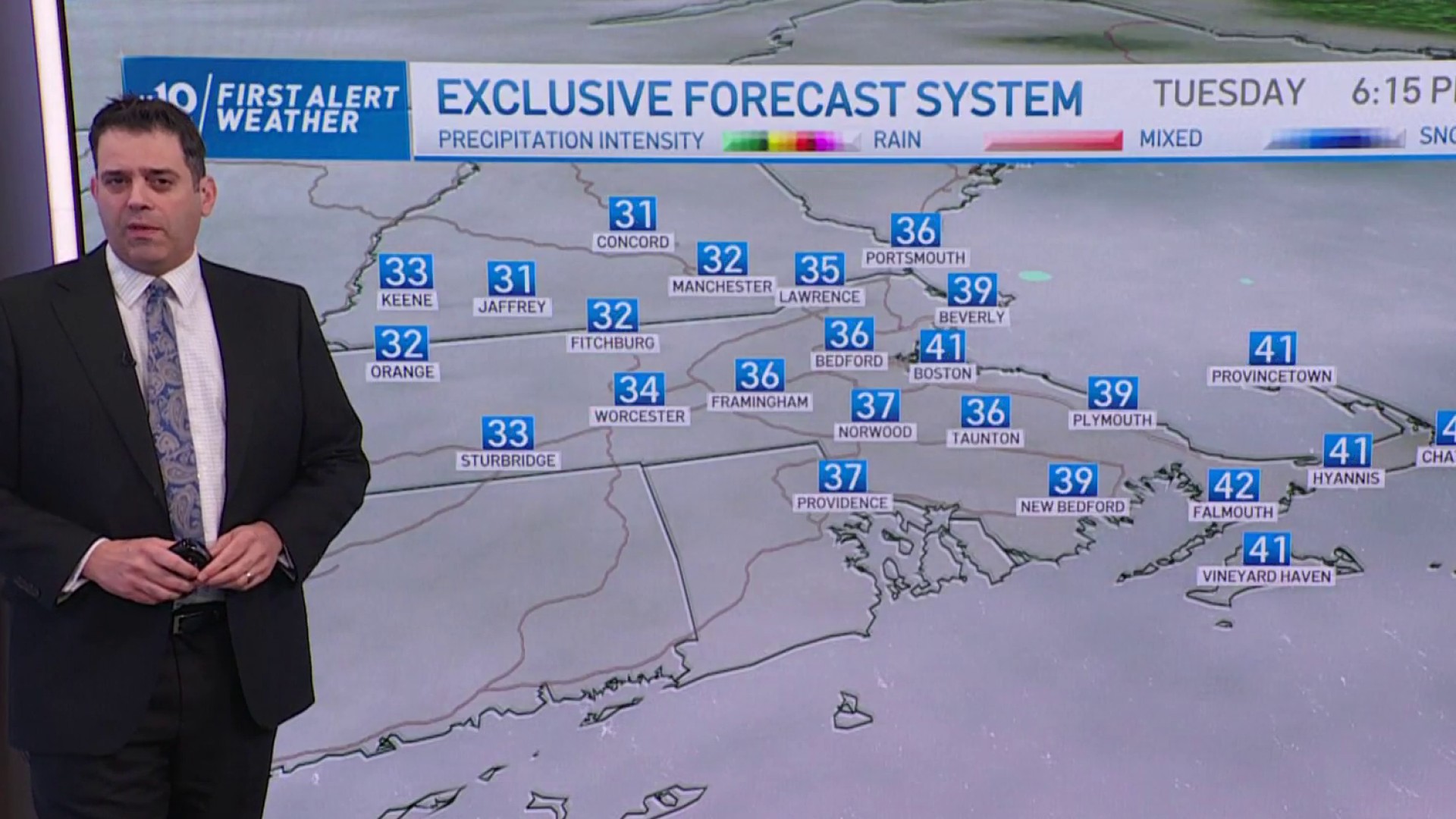 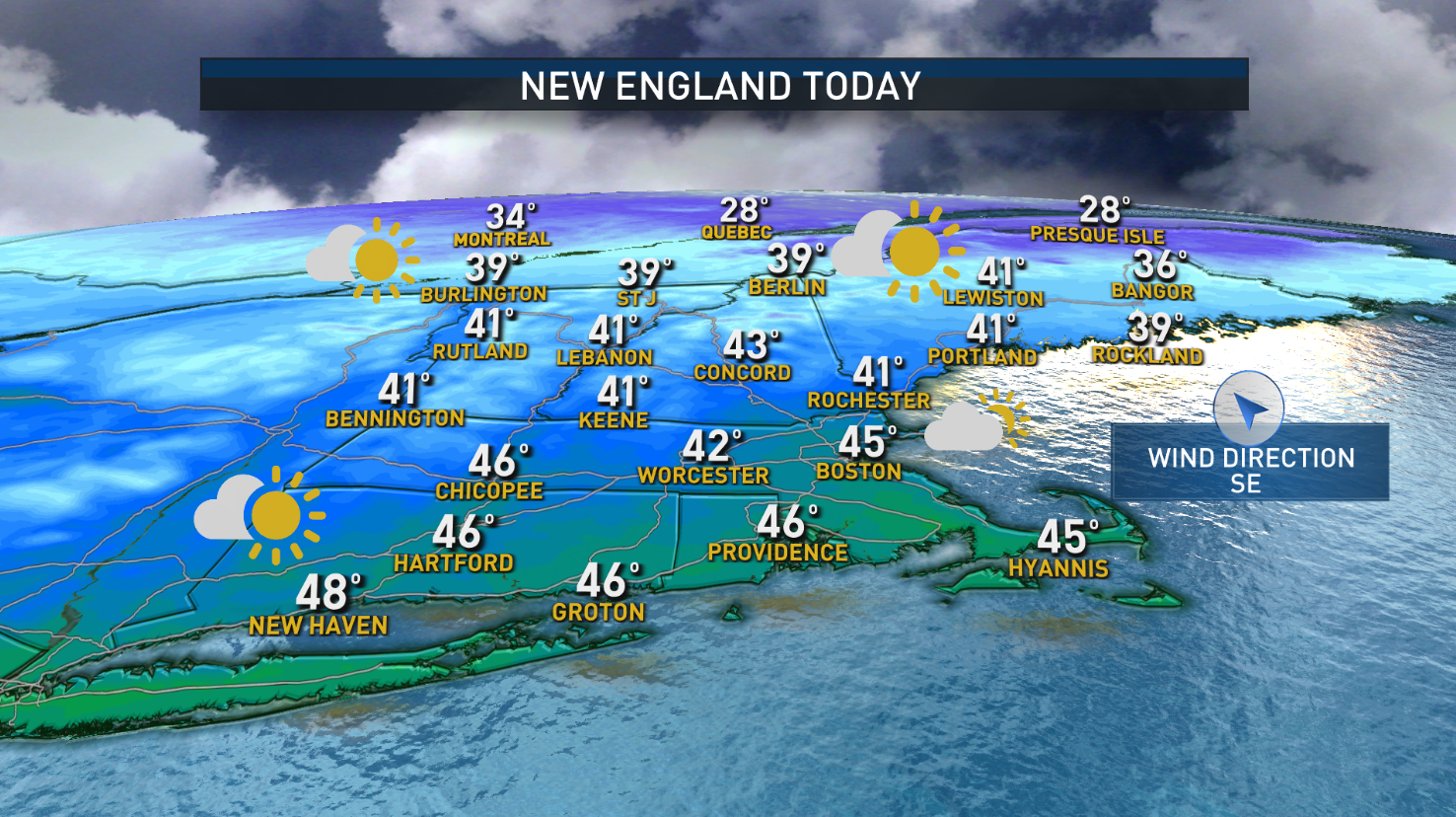 Looking ahead, the weekend will feature mostly dry and pleasant weather, with highs in the mid to upper 70s on the exclusive First Alert Weather 10-Day Forecast on NBC10 Boston and NECN.

Skies were very hazy in Massachusetts Monday due to the wildfires on the West Coast.